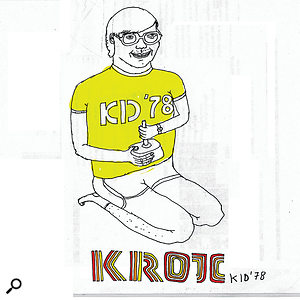 So what to say about Krojc? Well, as it turns out, after a good 30 minutes of scouring the net for information… not much. This isn't their fault. It's mine. I don't speak Polish. Never one to be put off by such a piddling issue as a language barrier (thinks back fondly to the day she mimed her way out of a war zone using a chocolate bar and a stick), I decided to give the CD a whirl and be damned! How difficult can it be deciphering an album by an act you know nothing about, in a language you can't speak, anyway?

As it transpires, not that hard, because they have no singer, and their music is distinctly un-Polish. More primary school percussion band, if I'm honest. The opening track, 'Winter 1981' (apparently a very difficult winter in Poland from my exhaustive research), begins with a xylophone playing something distinctly similar to 'Baa Baa Black Sheep', which is quickly joined by a rasping, 'Moogy' bass and a lightly played hi-hat. It's rhythmically enjoyable but not exactly musical in the traditional sense of the word. The remainder of the album essentially follows in the same vein and, while this isn't a bad thing, it left me wondering if they couldn't develop their sound into something a bit more remarkable. But then if Gotye can have a number one record with something similar then who's to say that Krojc couldn't do too? Their name is certainly curious enough. Sarah Bowden 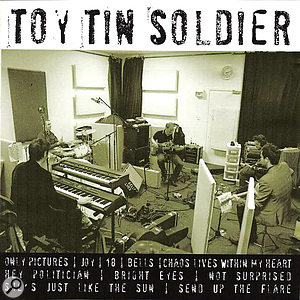 Toy Tin Soldier are a five piece signed to Button Up Records, a label based in Coatbridge near Glasgow. Dubbed as 'Scotland's most dismal town' I rather feared the worst when opening their album, imagining songs about the rain, the fear that only Scottish fans can truly know when uttering the words 'Celtic' or 'Rangers' in passing conversation, or not being able to remember how to spell Sauchiehall Street. I was pleasantly surprised. Not dissimilar to a more 'adult'-sounding Travis (if that's possible) most of their songs are well played and professional in the extreme — which one would expect with the list of musicians involved, including the bass player from the most Scottish of all Scottish bands, the Proclaimers. While the music doesn't break any barriers, most of the tracks are pretty decent for adult-orientated rock and, so, if you see them playing in Nice 'N Sleazy's (handily located on Sauchiehall Street, for anyone non-Glaswegian) you could do worse than go and check them out. Just don't mention the football. Sarah Bowden 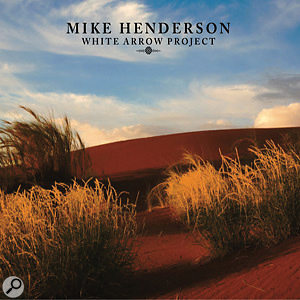 Mike Hendersons' singer, Jack Housen, is — when all things considered — a decent singer, but he so overplays the vibrato in his voice that I found it overpowering when listening to the album. Given that this particular style (think Elvis Costello crossed with Michael McDonald) could, in theory, be an impressive thing to behold, the actual result is something that feels a bit out of control. When blended with the overly loud steel guitar that wails its way throughout the whole record (presumably as a result of the fact that Mike Henderson doesn't actually sing on the album and is the man behind the production and, of course, said steel guitar), this album really didn't do much for me.

Perhaps he should stick to playing with his other band, Djam Karet (whose first album was bravely called No Commercial Potential), as their strike rate of 15 full-length albums in 20 years seems to be a little bit more consistent than when he goes out on a limb and does things for himself. Sarah Bowden

Strangers Who Knew Each Other's Names 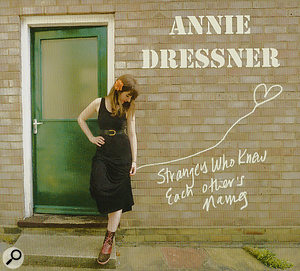 NYC-born Annie has one of those female voices that cuts through the heaviest of mixes with the slightest of effort. Though it's tempting to describe her vocal delivery as thin, this sounds like far too much of a criticism to be fair, as its slightly piercing quality is actually very charming, the delivery itself being laid back and effortless. Though Strangers Who Knew Each Other's Names isn't packed with earworms, the songs have that typically American, 'new' country feel that floats past the ears very easily indeed; perhaps a little too easily, as it would have been good to have one or two tracks on the album that packed a bit more punch. Performing her own backing vocals is a nice touch here, in particular, as her 'head voice' style, doubled with simple harmonies, gives an even more ethereal charm to certain tracks.

Nothing too remarkable going on in Dressner's band — rhythm guitar, a basic drum setup and the usual complement of miscellaneous strings, such as mandolin and viola — but I really don't think that's the point of this. The point is the songs, which are sweet and easy to listen to, and are not of the usual navel-gazing ilk that is all too common with singer songwriters. Nell McLeod 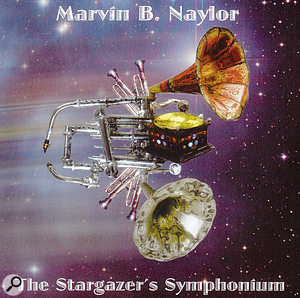 I certainly applaud Marvin for his ambitious intentions with this album, which is so thickly layered throughout that I believe a huge amount of love has gone into the project. Marvin's voice — what one might these days be tempted to describe as 'retro' — is the element that brings the rest of the album together, being strong and, well, nice to listen to. It was a wise decision here to keep the vocals up front and use them to fill out the mix with thick, Beach Boys-esque harmonies.

There is an awful lot going on here, though; with lyrical themes being echoed throughout by sound effects, one thing we can be sure of is that Marvin is not short of sample libraries or, indeed, ideas. However, while I found this initially off-putting, by the second or third track I found myself being genuinely quite buoyed by something that is trying to be unashamedly epic. OK, sometimes it's far more successful than at other times, and sometimes it comes across as downright barking. But there's a lot of skill being demonstrated here and, as the whole thing just washed over me, I really quite enjoyed it! Nell McLeod

Turn On Tune In Drop Out 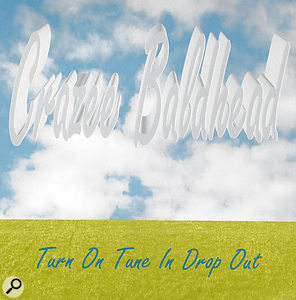 Thanks to the absurdity of human nature, there are at least three easily found musical entities in the world called 'Crazy Baldhead'. This one at least mispells his first name, making the mystery of this two-song demo slightly easier to solve.

Firstly, the press release. Sometimes you just want to know why on earth an artist picked the name they did (CB's claims to reggae, and the obvious connection to Bob Marley's song of the same name wasn't good enough explanation for me). This first mystery was only deepened, however, by the press material not only ignoring the unusual nature of the artist's name, but also featuring a large picture of a man with what appeared to be a full head of hair. Considerable Internet searching later turned up evidence of follicle misplacement, however, so that day and a half wasn't entirely wasted.

As if the combination of name and picture wasn't enough to throw this reviewer into a coma of confusion, CB's songs are described as being "catchy” and "melodic”, having a 'Lennonesque' style and the 'lyrical awareness of Dylan'. Now, before your gut has the same reaction to that as mine did, he's not actually too far off. OK, so Dylan is a stretch, and I think Macca is probably a more appropriate comparison — if we have to pick a Beatle — but the two songs on this CD, at least, are kind of catchy.

Can you tell that I'm wincing as I write this? Because deep reservations still exist here. Sure, it's not my sort of thing ­— it's all a bit 'Chas 'n Dave do Penny Lane' — but, album cover and PR aside, the music itself is quite professionally done, and, if he pulls off his promised university tour, he might just go down a storm with pissed-up 19-year-olds who love a good old singalong. Nell McLeod 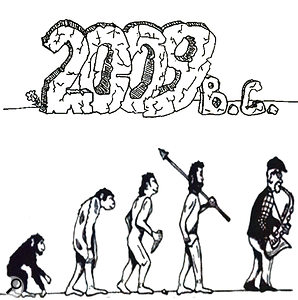 Solid, soulful, funk-driven Big Chief would probably make the ultimate function band. They sport driving and catchy basslines, not-too-croony vocals and an enthusiastic horn section. What they lack in slickness they more than make up for in musicianship. BC feature an unusually good (read 'sensitive') drummer and endlessly listenable solos. A trumpet going off on a three-minute jaunt around the key of 'A' is usually a stone-cold killer for me, but I found myself happily bouncing around on my back-chair throughout (and that's not easy to do).

A quick Google reveals the secret of Big Chief: 30 years of top-notch musical pedigree, admittedly in the form of an ever-changing line-up, but a consistency of quality, nonetheless. The quality of the recording is something that it would be unfair to judge too harshly. This was recorded in a noisy live venue on a busy night and it definitely sounds it. Of course, these conditions shouldn't automatically spell 'badly recorded', but there are sometimes distracting amounts of spill coming from the audience (apparently some bloke wants to get a pint after the show), occasional distortion on the horns, and even the transitions between the tracks can be a bit of a jolt, fading out far too quickly, leaving you wondering if there was a mass exodus.

However, as I said, they'd make the ultimate function band: they're not commercial, you probably wouldn't listen to their album while you were having your tea, but you would take your shoes off and dance to them for hours at your cousin's wedding. I hope this doesn't sound too harsh, given their history and obvious popularity, because I actually really enjoyed 2009 B.C. — and there's certainly no shame in being a band that could even get your dour-faced great aunt up and dancing. Nell McLeod