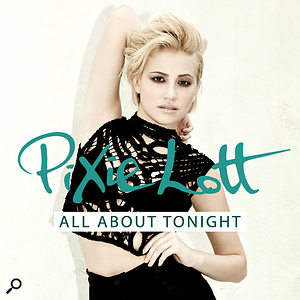 There's always plenty to learn from listening to commercial productions, but it's not always purely about the sonic aspects of the mix. In this track, for example, what most grabbed my attention was the way that several layers of rhythmic complexity combine to create interest and uncertainty.

It's not hard to guess that any pop tune destined for the dance floor will at some point be driven by a dominant 4/4 beat, but the predictability requires that the producer brings other tricks into play to maintain interest. To this end, they'll often play with off-beats and cross-rhythms.

In this track, though, the main riff is something of a rarity, because until the vocal (and more so, later, the main beat) kicks in, it strongly resists being interpreted within a standard 4/4 metre: when the main riff is stated completely on its own, some people would be hard pressed to tap their foot confidently, let alone keep track of where the downbeat should be!

This may sound like the kiss of death for anything destined for the dance floor, but it's very effective here, for a couple of reasons. Firstly, because the downbeat is absent, it can be tricky to know when the vocal's going to come in, even if you've heard the track before. When it does arrive, therefore, it can catch you unawares. Secondly, the cross-rhythmic complexity remains entertaining, even when the kick drum is indisputably nailing each of the four beats to the floor. On both counts, you're forced to listen to and engage with the tune.

You can learn a lot from analysing exactly how this sort of rhythmic sleight of hand is achieved. In this case, the ambiguity in the intro is largely down to the way that each successive bar's eighth-notes are strung together into groups, to encourage you to hear rhythmic stresses that contradict the standard 4/4 pattern. In the first two bars, a pair of three-quaver groupings (for those who aren't sure, a quaver is an eighth note) start us off, followed by five identically weighted two-quaver groupings, to give a 3-3 sequence. If there were anything to indicate the presence of a bar line after the first two-quaver grouping there would be nothing particularly unusual here, because dividing a bar's quavers into a 3-3-2 pattern is very common in many modern styles. But in the absence of any bar-line indication, there's a strong implication that the music's metre isn't 4/4 at all — or, in other words, that the first two groupings constitute a 6/8 bar, and that the first two-quaver grouping is the downbeat of a new bar with a different time-signature. Whatever time-signature you think is coming up there, it's implicit that the song's seventh quaver is a downbeat, and that its ninth is probably an upbeat, which is precisely the opposite of what you'd expect in straight 4/4.

But that's not all. If you work on the assumption that the first two-quaver grouping is the start of a longer notional bar, then what time-signature will you guess it has to start with? The two-quaver notes are identical in volume, so natural guesses would be 2/4, 3/4 and 4/4, but no matter which you choose, the return of the opening C#-D-A melodic fragment can still catch you unawares by implying a new downbeat after five two-quaver groupings.

The next 16 quavers (bars three and four, according to the 4/4 grid) are grouped slightly differently as 3-3-3-2-2-3, which opens up new possibilities for confusion. For a start, the last quaver of the third grouping will almost certainly be heard as the start of a second two-quaver group (as it was before), such that the onset of the real fourth group on the tenth quaver will feel like a bit of a jolt. At that point, it would not be unnatural to revise your interpretation of the third three-quaver grouping, perhaps guessing that it might actually have been the start of another 6/8 bar — until the fifth grouping arrives a quaver early! In all that confusion, it's not unlikely that the final three groups will then dupe you into thinking that they're a series of two-quaver groups on the beat as before, such that the familiar C#-D-A melody will wrong-foot you again, by apparently arriving on the off-beat.

Of course, you may experience the effects of this opening rhythmic pattern slightly differently (I'm not suggesting that your analysis will, or should, be the same as mine), but few would argue that this passage toys repeatedly with the listener's expectations. If you'd like to get a bit of that action in your own productions it would be well worth spending a few minutes grappling with the mechanics of this example for yourself — and if you come up with some alternative suggestions as to how it achieves such playfully unsettling results, remember that it's always open season for hecklers on this column's dedicated SOS Forum discussion threads! Mike Senior

'Death Of You And Me' 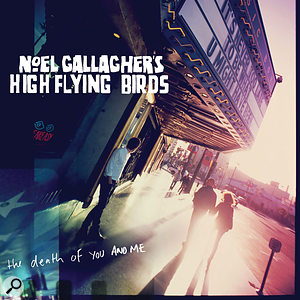 Even if I inhabited a twisted parallel universe where I actually wanted to hear the word 'Sunshine' sung by either of the Gallagher brothers ever again, I'd still have some reservations about the vocal on this record, specifically as regards the balancing of its occasional falsetto notes. The nub of the issue is that a falsetto delivery has a completely different timbre to a note that's sung more normally, especially if the singer has to strain to hit the pitch in question, as is normally the case — the 2-4 kHz register will tend to be emphasised by forced high-register singing, whereas a weakness in this spectral region is part of what tends to give falsetto its naturally softer-edged character. As a result, mixer settings that work for normal singing won't necessarily do for the falsetto.

In this specific scenario, things are OK during the verses — Gallagher isn't pushing his normal voice too hard, so the tonal disparity is less pronounced. It's in the choruses that things really come to a head: he pushes his normal voice up to claim the high E-flat that was formerly sung falsetto, giving it a much harder edge by comparison with the even higher falsetto words "whole” and "storm”. Of course, it doesn't help that the backing texture also becomes richer in the critical 2-4kHz area at this juncture, masking it more strongly and thereby pushing the falsetto words even further into the background. The "storm” at 2:29 is about the best of the lot, but even that one takes a noticeable step backwards relative to the notes either side of it. To my mind, the evenness and intelligibility of the line could have been improved a good deal with a stiff dose of 3kHz boost on those two falsetto words in each chorus — perhaps from an automated EQ. The move to falsetto isn't the only 'gear-change' you can hear in this vocal performance, though, because there's also a less pronounced one audible during "running from people who can” and "sucking up my soul”. Again, those lines submerge slightly beneath the backing, so similar automation tactics could probably have helped a little there too. Mike Senior 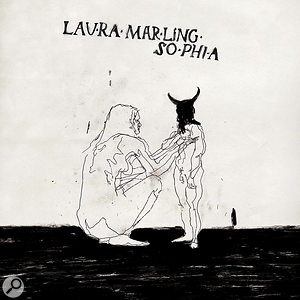 The opening of this recent single features a considerable level of background hiss. Not that I mind — on the contrary, I think hiss has a lot to recommend it here, because it adds a kind of background width and 'air' to the sound, as well as subtly gluing the different elements of the production together. And this last side-effect is pertinent given the way engineer Ethan Johns has decided to populate the stereo panorama. Choosing to start the song with the acoustic guitar positioned well off to the right is already quite unusual, but then the cello and electric rhythm guitar both appear at the opposite stereo extreme, a mono reverb is added to the vocal, and the drums and bass also arrive practically in mono later on. The overall impression, therefore, is that there's something of a gulf in the image at the mid-left and mid-right positions, which only seems to be filled sporadically by the massed backing vocals. While this outcome represents a perfectly valid aesthetic decision (Johns is by no means the only high-profile engineer who prefers the no-nonsense sonic clarity of stark L/C/R contrasts), I've personally found this approach tricky to carry off convincingly in the digital domain without adding some kind of additional 'bonding agent' in place of the tape hiss.

From a technical perspective, this kind of panning scheme has pros and cons. As I see it, the main practical advantage of hard-panning comparatively narrow sound sources like this is that the tone of the production ends up translating exceptionally well to mono. It stands to reason, of course, because this mix doesn't heavily feature opposition-panned stereo mic pairs or wide stereo effects returns, which are usually the most common causes of inter-channel phase/polarity differences. (However, this feat is also testament to the producer's experience in choosing and processing the sounds, because he hasn't simply relied on the stereo separation to keep them clear of each other — even in mono, all the parts remain nicely distinct.) The trade-offs, though, are that anyone hearing just one channel will experience quite a different texture depending on which side they can hear, and that the guitars and cello also take quite a dive in mono, level-wise, by comparison with the vocal, bass and drums. You pays your money, you takes your choice. Mike Senior

Check out the Sound On Sound Forum for more comments on the tracks discussed in The Mix Review this month: /mixreview

The Console That Changed Mixing Forever
2 days 6 hours ago.