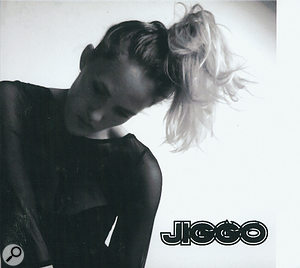 The opening track of this EP, 'Replay', sounds very much like the build-up to a disco track that never really gets 'big'. It's actually quite refreshing at first, to hear lush disco strings and distant drums without the prerequisite pounding kick. The vocal is quite distorted and reverberant, with a nice, soulful, '60s sound, though quite roomy in quality.

By the time you reach the second track, the lack of any solid drums becomes a little frustrating, and makes you feel like you've listened to a breakdown for five minutes. When the drums do kick in properly, they're not really appropriate, and could do with being a little more acoustic in quality. The third track, 'Yellow Birds', has a strange, quiet house beat running all the way through, and, like the other, never really seems to gets going, making it all the more odd when it ends rather abruptly.

Something about Jiggo's sound reminds me of Portishead, which is no bad thing, though it lacks the same kind of production polish, and it's a shame there are no solid bass frequencies knocking around. She does have a relatively strong and distinctive voice, and the string parts are particularly nice, but I'd like some more traditional arrangement to be used in places, as well as a slightly bigger acoustic drum sound. As it is, the odd production and arrangement makes the tracks hard to latch onto, and gives you a feeling of wandering through three nice songs that could easily have much more impact if given a different, and much more direct, production approach. J G Harding

Just How You Designed 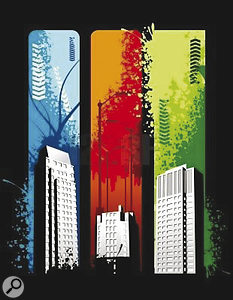 New Town Triptych are certainly good at multitasking. Over the course of three tracks, they wield acoustic, electric and bass guitars, cello, flute and drums, not to mention massed male and female vocals — and there's only three of them.

Fortunately, they handle these resources very skilfully, with sophisticated material and some very nice vocal harmonies. Although the mix is on the bright side for my taste, it's hard to fault the balance of instruments, and the arrangements are thoughtful and clever. Good stuff. Sam Inglis

Letters To The Editor 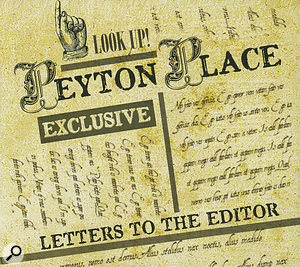 Scottish band Peyton Place have a US mainstream pop-rock sound and work best in their Jimmy Eat World moments, like the third track 'Break Out (Run A Little Faster)', a well-constructed piece of harmony-laden rock.

The EP is pretty well produced, although the drums sound very triggered in places and sit somewhere between relatively natural and that compressed, emo-pop, 'all kick and snare' style, which is more suited to heavier genres than we hear on the first half of this EP. I found myself a bit annoyed with just how quiet and light all the hi-hats and cymbals are: they sound a bit too recessed overall.

The vocal performances are best on 'Break Out', while they're lacklustre in other parts, particularly the first two tracks. It's an issue of varying pitch: 'Break Out' is more exciting because it's higher pitched, with greater melodic range.

I don't care for the 'half and half' accents used in some parts: one vocalist sounds British but with a slight faux 'American' twang (something that always bugs me), while the other, higher-pitched singer (the better one) sounds like the fellow from Fallout Boy, with a twang of the guy from Alkaline Trio. If they make more tracks like the last two and strengthen the vocals, though, they'll be well on their way to a solid sound. 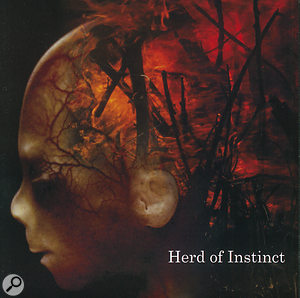 This Texan group defy classification very well, blending more melodic moments of industrial metal with forbidding electro-acoustic composition that reminds me of Akira Yamaoka's work on the Silent Hill computer game soundtracks. It's definitely progressive music, with plenty of layered guitar arpeggios in places, but there are also flutes and all manner of other instruments in the mix.

My only issues are with the drums, which sound like they're sequenced with very repetitive samples, and the guitars, which exhibit a flat and lifeless form of metal distortion compared with the 'big' sound of the production overall. I actually enjoy Herd Of Instinct most in their less 'metal' moments, where the triggered drums and fret-shredding subside to allow more challenging compositions to come to the fore, particularly on tracks like 'Blood Sky'.

There's something about the band that cries out to be on the soundtrack of a thinking man's first-person shooter, and aside from a few generic metal/prog moments, I found the album quite an absorbing listen.

Like so many new artists, AdamSK writes and produces his own material, playing all of the instruments too. The arrangement is nice, and sometimes reminds me of the Arcade Fire in its wall-of‑sound style, though the mix could do with a lot more width and separation to do that comparison true justice. 'The Spire' has a nice juddering vocal effect that I can't place, but it's disconcerting and effective. 'Share Your Fear' is also well put together, and reminds me of Patrick Wolf, in its darkness and its juxtaposition of acoustic instruments and electronic beats.

But production isn't the issue here (it rarely is for those artists with the skill to perform and record all their own parts): the problem is the range of the vocal melody. Throughout all the songs, it hovers around the same low and unengaging pitch, which drags that all-important vocal element into the background.

While the writing, production and arrangement are good, it's the quality of lead vocals that holds the music back. Adam's sound is one that's clearly developing a nice direction and focus, and I think partnering an out-and-out vocalist, someone who can expand the range and strength of melody used, should be his next step, and will help to take his interesting and explorative sound to a wider audience. J G Harding

From No To Hoe 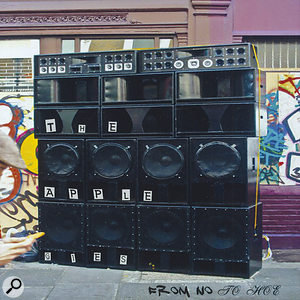 There's something intrinsically funny about translating West Coast hip-hop to obscure British market towns, and the Apple Gies' album is inspired. Its musical pastichery is spot-on, but their real masterstroke is the straightness with which the rapping relates how Boss Man G, Jay P Stebbo and Brian The King have "come from nothing on the streets of Woodhall Spa to having lots of hookers”.

Unless they really mean it, in which case it's profoundly sick. Not everything here is as hilarious/shocking as the supremely offensive 'Bad Boi Time', but hey, since when was a comedy album supposed to be consistent? Sam Inglis

Unless they really mean it, in which case it's profoundly sick. Not everything here is as hilarious or shocking as the supremely offensive 'Bad Boi Time', but hey, since when was a comedy album supposed to be consistent? Sam Inglis 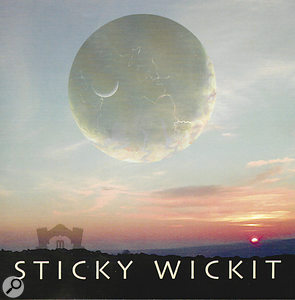 Sticky Wickit are a band who, after 30 long years apart, decided to finally record the album they never got to make the first time round. What can I say? On that basis alone, it deserves a review! Despite their protesting that it needs a decent mix (never a good thing to admit on a press release) I actually found the album to be pretty well recorded.

They're a band still immersed in the prog sounds of the 1970s and do a good job of replicating them, which is a good or a bad thing depending on your viewpoint. The singer, Eddie Renouf, is worth a mention, as he has a genuinely good set of lungs on him, best illustrated in their 11-minute mini-rock-opera 'Sam', during which I found myself idly comparing him to Deep Purple's Ian Gillan.

One thing I genuinely don't get about Sticky Wicket, though, is their logo. It's an overly literal drawing of a man's buttocks, on either side of which are a pair of legs straddling a badly drawn wicket. Perhaps the 1970s were a time of literal logos, but my advice would be to use something a little less trite, because judging by their rock‑opera alone, they'd like to be taken seriously. Sarah Bowden 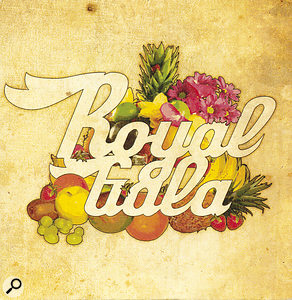 Royal Gala are, in their own words, a "heady cocktail of Dirty Funk, Ska, Reggae/Dub, Breakbeat, Balkan beat, Latin and Brass-laden orchestral grooves”. Short of throwing speed-metal into the mix, I really don't think this band could get any more chaotic in terms of its sound. Perhaps it's because they have nine members, who each look like they could be playing anything from any of the above, but I just couldn't get my head around who or what they are supposed to be.

The best track on the EP is 'Boss' which, despite the singer's best efforts, comes close to sounding a little bit like Atomic Hooligan. Everything else, however, just feels like a sound clash, and not in a good way. If your 'thing' is hanging around overcrowded stages watching people playing the didgeridoo, maybe there's something here for you. If you prefer your music a little more straightforward, Royal Gala probably aren't what you're looking for. 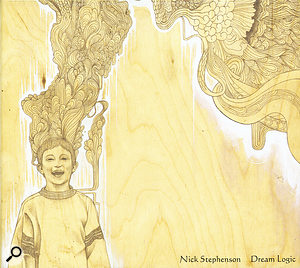 Modern British folk is the mainstay of Nick Stephenson's music, but he's confident enough to dip toes into plenty of other waters, and the results usually bear him out. He has a strong and distinctive voice, and Justin French's recordings present it nicely, often with a surprisingly long-tailed reverb that works better than I'd expect it to. Additional instruments such as fiddle, bass and drum-kit are well handled, and although the mid-range honk of a piezo pickup sometimes creeps through, Stephenson's very nicely played acoustic guitar has the richness and substance it needs to drive the songs along. Sam Inglis