You might be surprised to discover the lengths to which some people will go to secure a positive review in these pages. Only last week, for instance, I opened a Jiffy bag to find a crisp 50 pence piece taped to a CD jewel case, and the editorial kitchen is positively groaning with promotional mugs. Until now, our integrity has not wavered, but David Youngs might well have hit on the ultimate way of bullet-proofing his CD against negative comments: he's hired SOS's own Mike Senior to mix it. 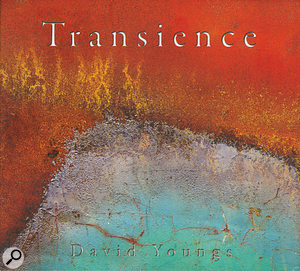 Of course, it's always possible that Mike was hired less to neuter critical barbs and more for his ability to turn a modest home recording into something altogether slicker-sounding, and this he has definitely achieved. The mark of a good mix is that your ear is drawn to the music rather than the engineering. In this case, the ear immediately forgets about reverbs and EQ, and sends startled messages along the lines of 'Bloody hell, how does he do that?!'

Transience is an album of solo acoustic guitar pieces, and Youngs's musicianship is quite simply astonishing. He specialises in the kind of percussive effects and rapid-fire two-handed tapping pioneered by guitarists like Eric Roche, and the precision with which he executes it is remarkable. What's more, his extraordinary technical ability is married with genuine compositional talent, so that nothing here comes across as empty showboating. A sympathetic mix is, as it should be, just the icing on the cake. Sam Inglis

Save The Robots is, as far as I can tell from Autocue's rather confusing web site, a concept album about the extinction of machines at the hands of humans. Or, as they put it, "rampant humanism threatening the efficient automation of existence”. It's basically electronica, but peppered with both spoken and sung nonsense lyrics harvested in Dada tradition from "the screens of the rolling nonsense” (by which, I suppose, they mean television). 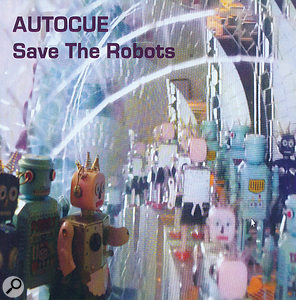 It gets a little repetitive at times, but the album has its moments (the pad-drenched chill-out bits recall Röyksopp, and are, for me, the most successful). My main criticism, though, is that on some of the tracks, the vocals just seem tacked on — and in some cases even left completely dry, which jars when the rest of the track is drenched in reverb. What's odd, though, is that on some of the songs (notably tracks 5 and 7), they've integrated the vocals really effectively. So they can do it... Chris Korff 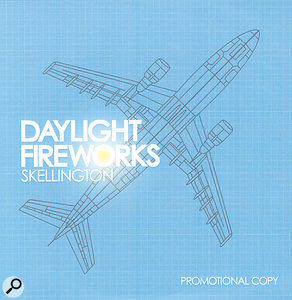 Bristol-based indie-rock band Daylight Fireworks apparently recorded this album entirely for free, which I'm guessing means at the home studio of one of the band members. If that's the case, they've done a very good job. The whole thing sounds extremely polished and only rarely betrays its non-existent budget. If I were to pick nits, I'd point out the odd misplaced drum hit and some slightly off vocal pitching — the latter of which sounds more like the result of a less-than-confident performance, rather than anything related to ability.

In a way, though, the fact that there are mistakes present suggests that the band haven't relied on the Melodynes and Elastic Audios of this world to sound as tight as they do on 90 percent of this record — which, again, is a real achievement. Chris Korff

hanna*h* (absurd styling, if you ask me, but since that's how hanna*h* spell their name, so shall I spell it too) are a two-piece folk-pop outfit. If that makes them sound like purveyors of slightly twee ditties with pretty but unadventurous vocal harmonies, it should, because that's precisely what they purvey. 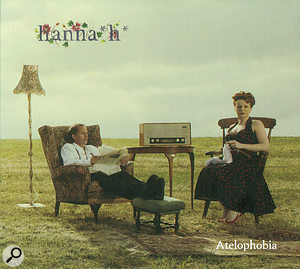 Luckily for hanna*h*, though, I'm currently experiencing something of a sugar crash, and am feeling rather more melancholy and receptive to folk-pop than usual. In fact, I'm enjoying this CD quite a lot. Lead singer Hannah Knight's vocals are breathy and sweet, but show more personality than the average folk-pop singer, while the acoustic guitar and piano parts that pervade the album are well judged, in terms of both arrangement and production. Speaking of which, Tim Haines (the other half of hanna*h*) has done an admirable job of recording and mixing Atelophobia. The reverb is plentiful yet appropriate, the many vocal parts are well balanced, and there's a lot of subtle ear candy present (including creative use of an array of kitchen utensils), which really helps maintain interest.

The last song on the album is a live cover of Oasis's 'Slide Away'. I'm not totally sure the song translates well to hanna*h*'s (Argh! The punctuation!) brand of folky arrangement, although I'm a fan of the original, so perhaps my judgement is clouded. But the quality of the recording is brilliant, and the fact that it's a live performance proves that their musicianship stands up even without studio trickery. Well done, hanna*h*. Now if you'll excuse me, I'm off to find a Mars bar, and see if there's any heavy metal in the demo pile. Chris Korff

The Legend Of The Mythical Man-Month

Damn! Not a single, solitary metal CD in the building. More worryingly, I couldn't find a Mars bar either — but fortunately I did manage to get my hands on a Kit-Kat, and I feel much better now. Thanks for asking.

Anyway, where was I? Ah yes, The Legend Of The Mythical Man-Month. I'm not quite sure how Bernie Durfee, the album's creator, has done it, but somehow he's managed to produce an album that is both awful and brilliant at the same time. 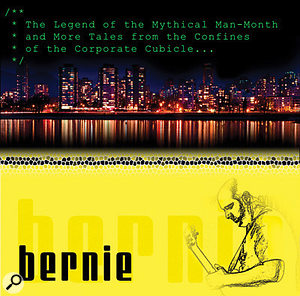 Bernie cites what he calls "the three P's” as his main inspirations: Primus, Pink Floyd and Pantera. I could detect little Pantera here (like I said, the office is tragically metal-free at the moment), but the funk-rock of Primus and the indulgent guitar solos of the Floyd are very much present — as is some inexplicable (and out of tune) harmonica playing, an excess off guitar effects, and some comically clichéd sampling techniques — the sum of which, against all odds, adds up to a thoroughly enjoyable album.

Take the opening track, 'Federal Funk', for example. This features Richard Nixon's "I am not a crook” speech, played through in its entirety, over a bizarrely compelling mix of phenomenally cheesy funk bass, '80s power-rock drums, and the kind of guitar solo I used to cruelly inflict on local music shops when I was about 13. That probably makes it sound terrible — and in a way, it is — but it's also extremely fun to listen to.

I think Bernie's strength is that he doesn't seem to take his music too seriously. Even on the songs that lean more towards the prog side of things, there's never a hint of smugness. In the press release that accompanied it, Bernie said he tried to create an album that would "bring a disco smile to your face”. As far as I'm concerned, he succeeded. Chris Korff

Peter Fitzpatrick's publicity blurb makes much play of the anxiety this former sideman feels about having embarked, somewhat belatedly, on a career as a singer-songwriter. It's a little hard to square this alleged lack of confidence with his music, which mostly drips with self-assurance. Nor, if I'm honest, could I detect any trace of the supposed influence of Elvis Costello and Ron Sexsmith, so perhaps he just needs to get someone else to write his press releases in future. 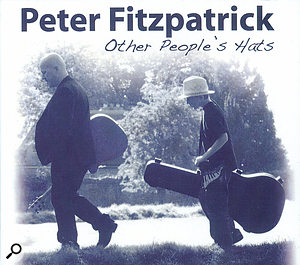 Like many self-released albums these days, Other People's Hats is a sort of 'home recording plus', with Peter's own Logic arrangements augmented by guest musicians and bashed into shape by mixer Niall Curran. The results are generally punchy and powerful, if sometimes tending towards the bombastic end of the spectrum, though I did wonder whether professional mastering might not have been a good idea. As it is, there are disconcerting variations in loudness and overall tonality between the different songs.

Peter's songwriting is notable for the brevity of his lines, almost as though he can't bear the idea that a single phrase should last for more than four or five words. On the plus side, this gives his songs an immediacy and urgency that helps to drive them along. At the same time, though, they sometimes come across more as a series of snippets stuck together than as coherent, developing entities. It'd be nice to hear a bit more in the way of flowing lyricism, and the willingness to pursue a melodic idea round a few more twists and turns. Perhaps that's where confidence comes into it. Sam Inglis

Siren is an expertly put-together EP of downtempo electronica, from the kind of ballpark you'd expect to find the likes of Morcheeba and Layo & Bushwacka. Rubyrough, the duo behind it, are comprised of singer-songwriter Stephanie Forryan and composer/sound designer Horst Niewierra, both of whom seem to be really playing to their strengths. Stephanie's ethereal voice is perfect for the genre, and her hooks are well-written and catchy, while Horst's pedigree in sound design is obvious in the subtlety and fluency of the synth programming. 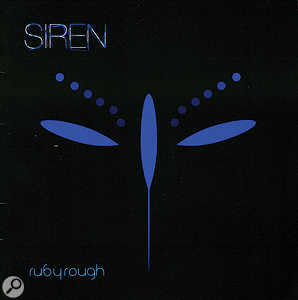 Probably the most unusual track here is 'Lunar', which dispenses with the usual common time in favour of a 6/8 time signature. Dance music in triple time can often sound a little contrived and unnaturally jaunty, but here it sounds much more natural than usual. The mix of synths and acoustic guitar has also been handled remarkably well, with neither sounding at all out of place. Chris Korff