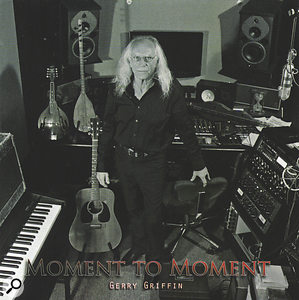 I've always said that if I could choose a cool grandfather to have, it'd be Willie Nelson. Not just because of his long white hair and the fact that he is still, at the grand old age of 78, campaigning for the legalisation of marijuana. But also because, throughout every chapter of musical history, Willie has stayed true to his roots. You'd never have caught him in a pair of stonewashed leggings singing a duet with Mick Jagger during the '80s. Oh no.

Well, Gerry Griffin, from Val des Monts in Canada, is one of those cool grandfather types. His album cover shows him in his studio surrounded by an embarrassment of instruments (including an African thumb piano and Appalachian dulcimer) all of which, it transpires, he can play ridiculously well. Musically, his album is a blend of unapologetically honest Americana, roots and blues, topped with 'whisky‑soaked' vocals that really aren't a million miles away from Seasick Steve (cool grandfather number two) or Johnny Cash (the, er, godfather of cool grandfathers, right?).

The most noteworthy tracks on the album are the honest and authentic 'I'm Going Home' and the Cash‑esque 'Chasing The Dragon' (surely not, at his age?) but to be honest, the entire record, from start to finish, was a joy to listen to. I hope he keeps doing what he's doing for many years to come. And he can be my cool grandfather any day. Sarah Bowden 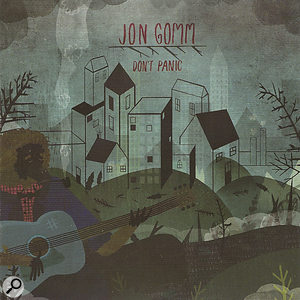 Jon Gomm plays the guitar like he has 40 fingers, all with those really long pointy picking fingernails that men grow when they busk for a living or when they are trying to break a world record (currently standing at over six metres, if you are interested in having hands that look like magnified eagle claws for the next five years). Actually, if you think 'woodpecker with record‑breaking fingernails', you should be able to imagine what I mean when I say there is a lot of tap-tap-tapping on the Don't Panic EP.

Vocally, you'll be relieved to know that Gomm is less reminiscent of a rare woodland bird and more along the lines of Sting, albeit when he went through his 'Christmas jumper' folk stage. In fact, if this version of Sting is your bag, you will probably have quite a pleasant evening listening to Jon Gomm's gentle acoustic music as you make wool on your spinning wheel. Simply recorded and simply delivered, most of the songs Gomm has produced wouldn't be out of place at a folk festival, and that's no bad thing. But I would recommend that next time he records something, he tries beefing up his sound a little with something other than his fingers. Sarah Bowden 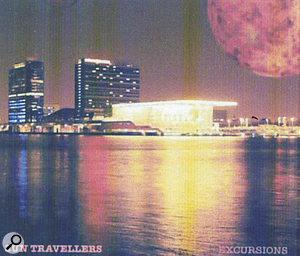 I'm never entirely sure what to write about bands who've clearly spent a huge amount of time trying to sound like their heroes. It's especially difficult when the bands they are emulating are so famous that it's hard to hear past the homage and focus on their own skills at music‑making. Don't get me wrong, I'm all for digging up the past and making new and innovative interpretations of old tracks, but I'm also a believer that for it to be truly interesting, you really need to bring something to the party that moves it on a level for the listener.

Sadly, in the case of the Sun Travellers, it feels a bit like they've got so hooked into trying to sound like Pink Floyd that they've forgotten to add their own original twist to the well‑trodden sound. This is a great shame, as Sun Travellers can all play their instruments admirably well, and if the singer stopped trying to be Dave Gilmour — who, let's face it, was never the greatest singer anyway — they'd actually be a band worth checking out. Sarah Bowden 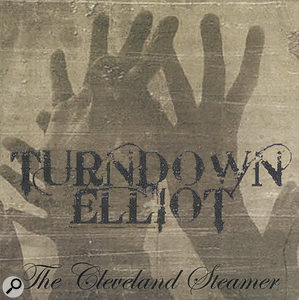 Turndown Elliot describe themselves as 'alternative/hardcore', which seems to mean that they're basically a metal band who can't be bothered to play to a click or replace all their drums with samples. Their guitar sounds are closer to what you'd expect from a modern‑day punk act, while the drums are either refreshingly natural‑sounding or distressingly wussy, depending on your point of view. Also, there are moments where you can hear the bass, which isn't very metal.

In fact, as a non‑metal‑head, I quite like all of the above. The sticking point, for me, is the vocals, which are possibly the most metal bit of all. There's no doubt that Dan Carthew gives it his all: he screams, he grunts, he shouts, he pulls his vocal cords out with his bare hands and plays them with a violin bow. But something about the way it comes out makes him sound faintly embarrassed about what he's doing, as though it was recorded at a church fete in front of seven uncomprehending old ladies and the local vicar. "What's that, Reverend — where did we get the title from? Er, well, um, Dave here is very interested in boats...” Sam Inglis

Cries From The City 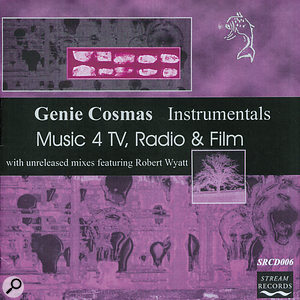 Genie Cosmas' aim in compiling this album seems to be to showcase her mostly instrumental music for use in TV and film. If that is the case, I'd say she'd benefit from being a bit more ruthless about editing her own work. There are some quite impressive pieces here, notably the twin title tracks and the mournful 'Just Like In The Movies', but the overall quality of the album is dragged down by too much filler. For instance, if there was ever a time when TV music featured the sound of piano vamping beneath horrible MIDI vibes, that time is surely long past, so I can't imagine too many programme‑makers embracing the likes of 'Once In A Lifetime'. Likewise, out‑of‑tune and out‑of‑time performances are no more acceptable in TV music than anywhere else, so it would be a shame if the opening 'Song For Satie' prevented people from exploring the better tracks that follow. The mastering is also distinctly suspect, with abrupt jumps in level between adjacent tracks. TV producers are busy people, and my feeling is they'd be a lot more impressed if Genie Cosmas sent them a concise package with four or five of her best tracks and nothing else. Sam Inglis 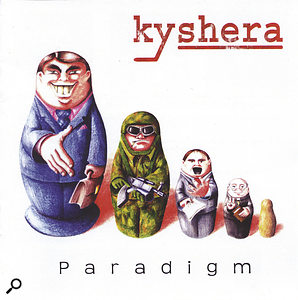 What is it about Wales that generates bands like Kyshera? Is there something in the water that means children are born only able to sing in an over‑the‑top, throaty way? I'm not talking about Tom Jones here (although he does sing how I imagine a steam engine would sing, were it to have a voice) but rather the likes of Kelly Jones. Or the singer from the Automatic. Or Funeral For A Friend. Or, if you are a lady, Catatonia.

That is not to say, of course, there is anything wrong with singing like this. Muse have made millions from emulating Welsh singers. But it is noteworthy that bands like Kyshera, who are so palpably good and are not a million miles away from the likes of Mars Volta or Soundgarden (both are almost certainly from Swansea) keep appearing year after year, despite obvious trends in music suggesting they should do just the opposite. So what of their music? Well, if you like any of the above bands, it's probably fair to say you'll like Kyshera. It's not for me, but it works for lots of people, and you can't say fairer than that. Sarah Bowden