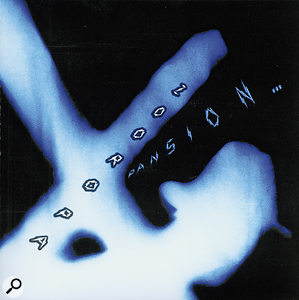 Naming your band after a mid‑period U2 album is an odd thing to do, unless you want to restrict your appeal to people who still listen to mid‑period U2 albums. So too is waiting until now to record an album of songs that were originally written in 1992, but Zooropa are obviously very attached to them, and throw themselves into the project with gusto. Their sleeve proudly proclaims that the album was recorded without "the use of a PC/Mac”, so maybe they also decided to restrict themselves to the music technology of that not‑so‑golden age.

Perhaps inevitably, Xpansion sounds a bit dated, with a lot of keyboard and drum machine sounds that just aren't as good as their modern VST Instrument equivalents. The whole thing has a distinct air of "I just got my Yamaha RX7 in from the shed, and do you know what, it still has all our old drum patterns in it!” Yet at the same time, the recording is also happily free of modern vices such as over‑compression, and a lot of thought has gone into the construction of these tracks. There's nice use of samples, good arrangements and some interesting guitar sounds, albeit mostly with a whiff of "That's nothing! I just got my Zoom multi‑effects out of the loft, and the digital fuzz still works!” It'd be nice to have the vocal mixed louder, though. Sam Inglis 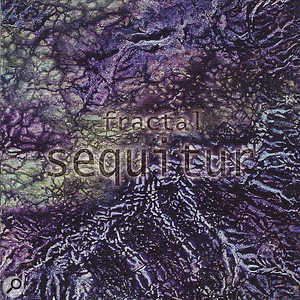 If I wanted to emulate a band like Tool, top of my list of priorities would be to get myself a decent drummer. Odd time signatures are, as the description probably suggests, difficult to play. So you are never going to be successful if the drummer plays like your little sister does when she's sat on the band drum kit because your mate has left to make himself a cup of tea. I also reckon I'd make sure I had a really amazing bass player who watched the drummer with the fixed, beady eyes of a starving dog, because if you are playing in an odd time signature, it becomes, well... really obvious, when you go out of time with each other. And I'd probably get myself a singer who knew how to sing over a really odd time signature too, as otherwise... um... you sound like a drunk tramp when it clashes with the out‑of‑time drummer and bass player.

Basically, I think the upshot of this review is: if you aren't Tool or an extraordinary musician, it's probably best to play music that isn't so exposing for all involved. Sorry guys. Sarah Bowden 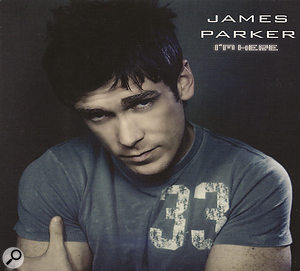 It's a brave person who sends a biog to a magazine for review in which they compare a white boy called James from Bournemouth to Lenny Kravitz. Putting the obvious appearance issues to one side for a minute, I was actually pleasantly surprised to discover that James Parker can sing pretty well, and does, in fact, sound a bit like Mr Kravitz on first listen. Unfortunately for, James, however, it would appear that the producer of the album also got a hard‑on over this fact, and has gone so pedantically far down this route that the net result is he's ended up sounding like a tribute band. Having said that, if you ignore the overly derivative production on this album, there is actually some pretty good songwriting to be found and so, all in all, not bad for a tribute act with its own songs. Sarah Bowden 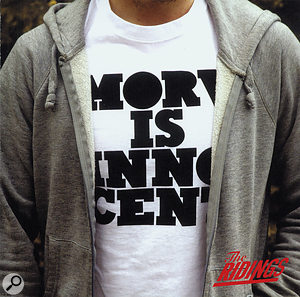 I was hoping that The Ridings would turn out to be a brother/sister duo called East and West. No such luck. They are actually a four‑piece alternative rock band who sound exactly like the Arctic Monkeys. Singer Kris Holland is a dead ringer for Alex Turner, even down to the accent, the band do a bang-up job and the production is spot‑on. Maybe they feel there's a gap in the market, now that the actual Arctic Monkeys have got bored of sounding like the Arctic Monkeys. Sam Inglis 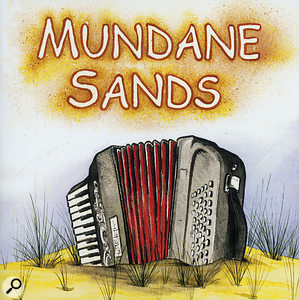 Intentionally or not, this adds up to more than the sum of its parts. This is jangly indie on a bed of accordion and fiddle — earning it the highly dubious MySpace definition of 'Folk Rock' — topped with Morrisey‑inspired vocals. The songs aren't particularly well written, and the quality of the recording is sketchy at best, but the general sense of naïveté is strangely endearing. This is a bit like being wrapped in an old blanket: it may not be pretty, but it's familiar and comforting. Nell McLeod 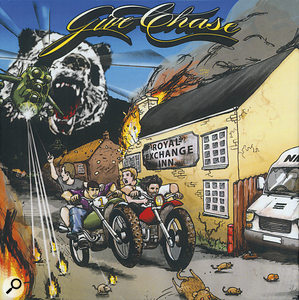 Although jumping on the Incubus soundalike bandwagon a little late, Give Chase deserve their place on it. This particular flavour of synth‑splattered alternative rock is tight and energetic; the whole package is professional and highly polished, and that's a refreshing thing to find among the lorry‑loads of demos kicking around. The first track of their free‑to‑download album packs considerable punch, not least because it defies expectation with a high‑quality vocal performance. Throughout, this lot make the right choices. Yes, the use of synths is sometimes a little overbearing but, given how little this really bothered me, it's a minor criticism.

I can't say that this is particularly original: indeed, you'll have heard what Give Chase are trying to achieve 100 times over. So why listen to them above your average alt‑rock band? Because they're just better. OK? Nell McLeod

Ever Heard The One About... 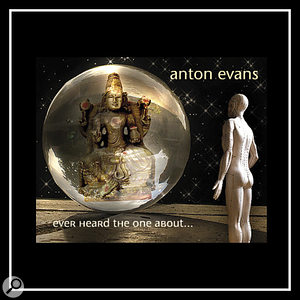 Anton Evans is one of those rare self‑producing artists who appears to be in complete command of his music. That can be hard enough to achieve when you make minimalist folk records, but when you make sprawling, ridiculously epic prog‑pop on this sort of scale, it's truly impressive. Of production highlights there are many; for me, the standouts include some particularly lush Leslie'd backing vocals, and a number of guitar sounds that make you wonder what effect could possibly do that. As is perhaps inevitable in such a diverse album, there are occasional lapses in taste, including a horrible excursion into white reggae, but in general this is an inspiring example of what one man and a computer can achieve. Sam Inglis 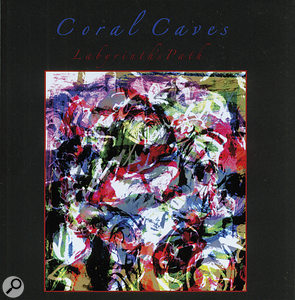 Christos Pappas describes his album as "a musical trip from Greece and the Balkans to the West”. Which, thankfully, doesn't mean endless bouzouki solos over happy house beats; the blend of East and West is handled here with commendable subtlety and thought. Acoustic guitars "substitute the lute and bouzouki” but usually take a back seat to saxophone, clarinet, and Christos' doleful baritone voice. The recording is mostly naturalistic rather than 'produced', leaving the heavy lifting to the playing and arrangements. Both are very nicely done, but to these Western ears the sound palette becomes a little samey over the course of an entire album, while said baritone is perhaps a little too heavy on the dolefulness, at the expense of other emotions. I realise that Labyrinth's Path is a very personal project, but I think that the involvement of other musicians and, especially, singers would give it wider appeal without diluting its individuality. Sam Inglis 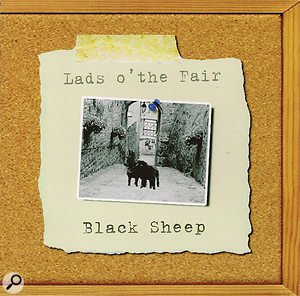 I don't know why Lads O' The Fair claim they have trouble categorising their music. If I said the lyrics of their first track went "with a hai‑dom‑e‑do‑do‑e‑dai‑re‑o”, played over a pointlessly gentle tambourine, I think it'd be safe to say that even Margaret Thatcher would confidently point at the board that had Folk Music written on it, without a second thought.

Black Sheep is out now on, er, Pig Shed Records, which is apparently so named because their studio is made out of straw bales inside an old pig shed. Sadly, I have little experience of recording music on bales of hay, but judging by the whisperingly quiet results of this album, I think I am in a position to say I can now understand why it wasn't Pink Floyd's first choice when they made Dark Side Of The Moon. My advice to Lads O' The Fair would be to rethink, rerecord the whole thing and maybe focus less on outmoded subjects like the 'black legged miner'. Presumably Margaret Thatcher would be relieved if they dropped that song from their set too. Sarah Bowden 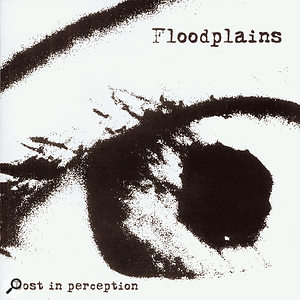 Dutch power trio Floodplains took more than two years to complete their album, but for the most part they've managed to retain the energy and liveliness of their straightforward material. For me, they're at their best when they recall the '70s rock of bands like Mountain, as on the excellent 'Like It Is'. Their self‑production skills have served them very well, except perhaps on one or two of the tracks, where they seek a harder‑edged, more modern sound. Unfortunately, the first track is a case in point, and if they ever re‑press the album, I'd suggest starting with something else. Sam Inglis