One of the best things about punk rock was that it opened the doors for experimental bands who would otherwise never have been heard outside the art-school disco, let alone signed to major record labels. There has probably been no other period in history when large promotional budgets have been lavished on acts with names like Dalek I Love You; yet at the same time, the post‑punk era was also a high water mark for the DIY aesthetic, as tiny indie labels sprang up like mushrooms on Chris Korff's carpet, and bands sought to take complete control over the creative process.

Had London four‑piece Gertrude been active in 1979, they would surely have been snapped up by a confused A&R man from a minor Virgin Records imprint, or found themselves labelmates of Crispy Ambulance. For, like so many bands of that era, their music overflows with ideas. Not all of them are good ideas, 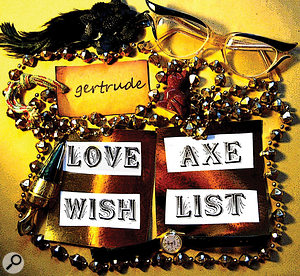 it's true, and quite a few of the ideas that are good fall foul of Gertrude's limited instrumental and vocal ability. Nevertheless, the enthusiasm with which they pursue their musical experiments carries the listener along, and the spidery, slightly awkward songs have a great deal of New Wave charm to them.

Some or all of the tracking took place at a 'proper' studio, and true to the DIY aesthetic, the band mixed the album themselves. They've done a good job of balancing the levels of the instruments, but the mixes have a tendency to wimpiness, and some of the sounds they've chosen grate pretty hard upon the ears. Next time around, it would definitely be worthwhile bringing microphones into play in the guitar‑recording arena, rather than relying so heavily on DI'd signals. Ultimately, though, if Gertrude believe it's more important to have lots of good ideas than to execute them all in glossy high fidelity, I won't argue. Sam Inglis

Instrumental downtempo breakbeat is the name of Californian producer Tycho's game, and he plays it rather well. His eight‑track album, Awake, is a highly polished example of the genre — so well executed, in fact, that I wondered if I'd heard his music on an advert somewhere before. Indeed, I half expected a voice‑over from a car or holiday commercial to kick in at some point, 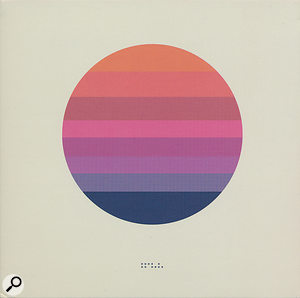 and if he felt like monetising his musical output, I reckon he could do much worse than to approach a few music libraries.

That's not to denigrate his art, however: the production, and the artful mix of electronic and acoustic instruments, is extremely good, but in the absence of any vocal parts it just has that feel of 'background music'. If he found a suitable rapper or singer to team up with, though, I'd be very interested to hear the results. Chris Korff

You learn a new thing every day, or so the saying goes, and today I have learnt that anti‑techno-fascist electro‑jazz noise‑core gives me a bit of a headache. It would be unfair, however, to review Richard Pinhas's album on the usual terms, because it's probably more 'sound art' than 'music'. As a consequence, it's not a very comfortable listen, although it's clear a lot of work and thought has gone into the sonics of it. The blend of electronic drums, synth noises and electric guitar abuse is certainly intriguing, but I must confess 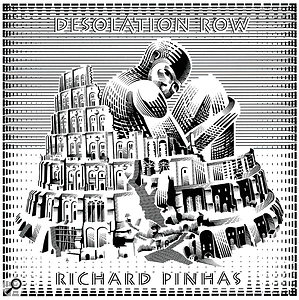 I was quite relieved to remove my headphones after over an hour of this stuff. I'm quite sure Pinhas could very easily fashion his undoubtedly unique style into something a lot more accessible than this — but I'm equally sure he doesn't especially care to. This month's award for Refusal To Consider The Listener must surely go to Richard Pinhas, and while I can't say I enjoy his music, I do at least admire his artistic integrity. Chris Korff

A few issues ago, I lamented the lack of heavy metal in our demo pile — and it seems you've been listening, for there are not one but two heavy metal CDs in this month's Playback. The first of these comes from solo artist Daniel Trigger, whose nine‑track album, Army Of One, sees Trigger playing almost everything on it, with the exception of the drums and the guitar solos. Musically, the album sounds rather like Ozzy Osbourne's solo records, but a little more up to date (occasional synth part notwithstanding). It's actually rather good, and despite the auterist nature of the production, it still sounds like a whole band playing together.

Trigger's vocals are delivered with confidence 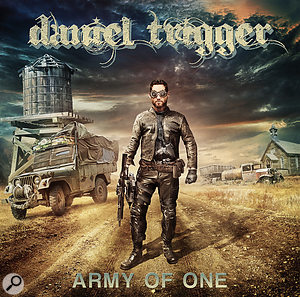 (he is of the 'wailing' school of heavy metal singing, rather than a screamer), and his rhythm‑section playing is also very solid. Production‑wise, he's hit the mark too: the double‑tracked guitars sound suitably epic, the drums powerful and the occasional synth parts are tastefully pushed towards the back of the mix. My only slight reservation was with the last track, 'Dancing With The Devil', the main riff for which comes a little to close to a classic Pantera one for comfort. Chris Korff

'Epic' is probably the word that described CDFME's Dark Matters best — but for a band that describe themselves as "hard‑hitting, intensive symphonic rock” that shouldn't really surprise anyone. What might be a surprise, however, is just how engaging the album is. I often find myself switching off after listening to prog metal for too long — especially when the songs are close to 15-minutes long, as most of the tracks here are — but CDFME's strength is that they're not as self‑indulgent as many of their contemporaries, and the album is all the more compelling as a result.

That's not to say that parts of the album don't drag a little (it is, after all, still prog), 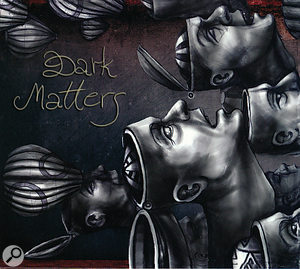 but the slickness of the production, the musical self‑restraint (there is minimal shredding, though I'm quite certain that they could outplay most metal noodlers if they put their minds to it), and the formidable vocals add up to a surprisingly listener‑friendly experience. The singing deserves special mention: Katja Sirkiä contributes the lion's share of vocals to the album, and her voice is extremely powerful, and well‑suited to the symphonic‑prog‑metal genre. Not my cup of tea, perhaps, but certainly many people's, and a well-brewed cup it is too. Chris Korff

Singer‑songwriter albums necessarily put the songs centre‑stage, but this is often at the expense of ear candy, interesting arrangements and variety. Not so with Andrew Maxwell Morris' debut album, Well Tread Roads, which is, frankly, brilliant. Throughout, you can hear the heart of the song — invariably Morris singing and playing guitar — clearly, but he's introduced some wonderfully subtle extra instrumentation that serves to enrich the music, without detracting from the songs or making them sound any less intimate. 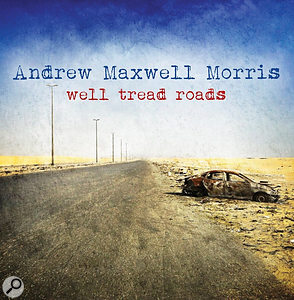 Opening track 'On A Rainbow', for example, starts off with a stark arrangement, but it builds up throughout, with layered backing vocals, tasteful lead guitar and eventually piano, such that the arrangement by the end is actually quite dense, but without crowding out the song itself — and the same goes for the rest of the album.

It's refreshing to hear a collection of songs being presented so skillfully, and Morris deserves to do very well with this release indeed. Chris Korff

If the name Michael Lee seems familiar, it's because his previous album Face Forward was our CD Of The Month back in September 2009. Playback is all about the non‑competitive celebration of difference these days, and no longer hands out divisive awards for ability — but if we had anything to give away, he'd still be a prime candidate. Lee's talents as singer, instrumentalist and producer are all first‑rate, and his six‑track EP is an extremely slick offering. On several of the tracks he plays all of the instruments himself, and does so to a very high standard.

In the five years that have elapsed since we last heard from him, though, Michael Lee has embarked on a fairly profound shift in musical 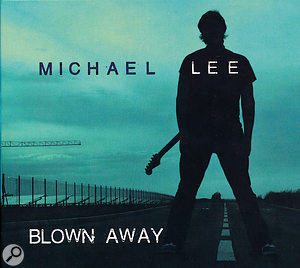 direction. The experimental blending of genres that marked Face Forward out is a thing of the past. Perhaps in a deliberate attempt to court a wider audience, exotic time signatures and pastoral folk interludes have been jettisoned, and Blown Away is for the most part a pretty straight‑ahead hard‑rock affair. This makes it less rewarding than his debut, for those of us who aren't particularly interested in guitar shredding or chugging palm‑muted riffs, but if it brings him the success he richly deserves, only a churl would complain. Sam Inglis

Rebecca Shearing's five-track EP came accompanied by an intriguing press release full of tales of record-company shenanigans. She was, at one point, apparently, one of the UK's biggest 'YouTube sensations', but then an unnamed indie label basically screwed everything up. According to the PR, Shearing was banned from YouTube and left with no control over her material — and so this EP is her "screw you” to the industry that failed her.

As it happens, it's a fine "screw you” indeed: her singing 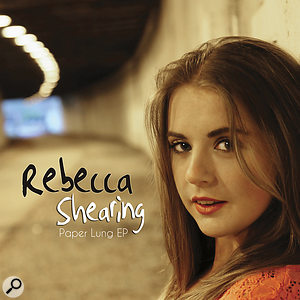 and piano playing are excellent, and the arrangements are much more challenging than I was expecting. The obviously DIY approach to the recording has also given it a refreshingly raw aesthetic, which is entirely in accord with the narrative of a singer who's decided to 'go it alone' in the face of industry adversity. I hope this approach works out well. Chris Korff