Garlic & Sapphires In The Mud 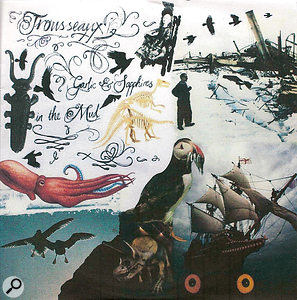 Trousseaux, who, according to their press release "combine the engaging naivete of a fairytale protagonist with the growly ingenuity of a trapped bear” (what?) are the sort of act you stumble across at Glastonbury playing to three naked people on a stage made of newspaper and grass.

Vocally, the singer emulates that bored Sneaker Pimps style of vocal pretty well, but when I finally made out the eerily delivered lyric "hunger strikes but not a cow in sight”, I felt like I was listening to The Blair Witch Project on tape and started to feel a bit scared and lonely.

Musically, they seem a bit lacklustre in the face of all this weirdness, so (I can't believe I'm writing this) would probably benefit from putting more energy into their harp, accordion and er, banjo playing, and a little less into their bewildering funeral‑director attire. Not that there is anything wrong with wearing a cape. It's just not something you regularly see on MTV, that's all. Sarah Bowden 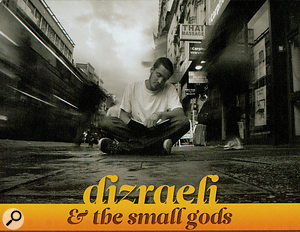 Engurland opens with a refreshingly shameless performance of the well‑worn sea shanty, 'Homeward Bound'. Though the folk theme isn't continued so strongly throughout, this blending of genres — quickly turning to hip‑hop rhythms and Irish accordion — sets the tone for the rest of this unusual and addictive hip‑hop album. At its heart is a poetic sensibility and confidence that makes for some truly inventive composition.

The range of instrumentation here is vast but extremely well chosen. It's often easy to accuse a multi‑instrumental approach of serving to cover up musical failings, but that couldn't be further from the truth here. Subtly blended harp, accordion, strings and saxophone are but a few of the treats on offer, and all beautifully support Dizraeli's soft and unassuming vocal style.

I've heard more folk/hip‑hop fusions working the other way around than I care to remember, with rappers carelessly thrown into sped‑up folk, each musician trying to make sense of foreign rhythms and sounds. But Engurland showcases a musician identifying the common themes of several styles and plants itself squarely in the middle of a musical Venn diagram.

It would be careless of me to throw comparisons at this excellent first release as, in both style and quality, Engurland is way ahead of the rest. Nell McLeod

When I Was Hope 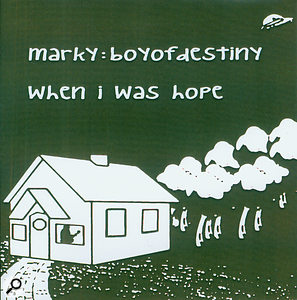 Mark Anderson says he has spent several years "honing his sound”, a process that seems to have centred mainly upon the systematic removal of all trace of rock & roll. His gentle acoustic pop is undeniably pleasant, but apologetic to the point where it makes Nick Drake sound like Michael Jackson. Even when drums and electric guitars kick in, they seem more concerned about upsetting elderly neighbours than about making an impact on the listener.

For the most part, Gram Allan has done a decent job of recording and mixing, but the lead vocal doesn't really command attention, and I wonder whether a bit more experimentation with mic and reverb choices might have been worthwhile. Or perhaps Mark could grab his crotch occasionally and yell 'Ow!' That usually does the trick. Sam Inglis 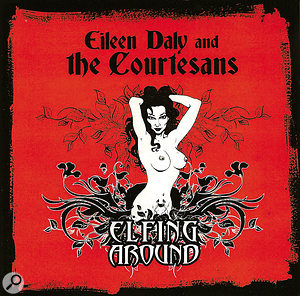 If I was a regular at Torture Garden (if you're not sure what I mean, look it up at your own risk), perhaps I would appreciate the decision to put a naked woman with her ever so slightly wonky-nippled breasts out on the cover of a CD. As it stands, the combination of the picture, her name and the title Elfing Around is just too bewildering for words, like the time my next‑door neighbour fell asleep on the lawn wearing nothing but a jester's hat. This is a shame, as the music isn't bad for drag‑queen‑style cabaret not sung by a drag queen.

Having said that, I have been at some new band competitions in Russia (don't ask) where the winning acts don't sound a million miles off Eileen Daly & the Courtesans, so perhaps there is hope for them to break into the big time there instead? Sarah Bowden