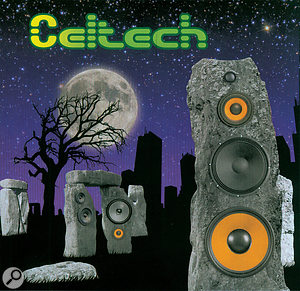 Celtech are a fusion band who bring together bouncy bass, drums of the full kit variety and authentically played, traditional tunes. There's also a healthy helping of electronic sounds in there, putting Celtech on the same billing as Afro Celt Sound System and Edward II.

Musicianship is solid, and they've made full use of their members' different traditional backgrounds; they seem to be using the expected Irish and Scottish melodies alongside what I suspect are Welsh, French and Scandinavian tunes. A full complement of acoustic instruments is well treated and given sufficient space. The accordion, in particular, is played sweetly and sits well alongside the laid‑back fiddle playing, rather than competing for high‑frequency space (which is a distinct problem when the mandolin joins in).

The use of frenetic, and somewhat out‑of‑place, programmed drums is quite jarring, however, and my personal feeling is that drum & bass rhythms do not sit comfortably beneath gentle schottisches. Similarly, the use of reggae beats seems to drain all the subtlety out of the mandolin and flute playing.

Celtech are undeniably a festival band, and will go down extremely well in a marquee somewhere at the end of a long day's folking. However, having grown up surrounded by bands like Celtech, it all feels about 15 years out of date, and I'd hoped we might be moving on from the stark fusion of two incompatible genres. There have been an awful lot of more successful 'fusings' on the folk scene in recent years (look up Leon Hunt and Daily Planet, if you feel so inclined), and by comparison, this feels uncomfortable. With such different sounds meeting awkwardly in the middle, it's also likely to prove limited in its capacity to develop.

Celtech are a very strong band of trad musicians, whose sensitivity to their traditional roots is evident, but I can't help feeling that the desire to bring styles in, untamed, from other genres is confusing the direction and focus of the group. Nell McLeod 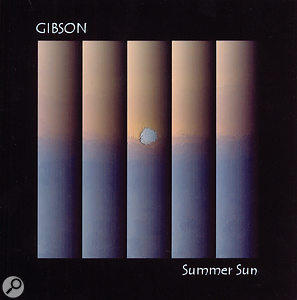 Nick Smith apparently acquired his stage name through his fondness for Gibson guitars, which is very apparent on his second track, 'Summer Sun'. Since everything else on the demo seems to have come from a Juno D keyboard, and it was recorded on a VS2000, he could equally well have called himself Roland. And he'd probably better not get too attached to any Koch amplifiers.

His straight‑ahead, uncomplicated AOR reminded me slightly of Chris Rea, and is matched by appropriately unsubtle production. Considering that his amp of choice is actually a Marshall Valvestate model, the guitars sound pretty good, and he's chosen keyboard sounds that work nicely in context. The drums are rather obviously programmed, but with such basic parts, feel is not a big issue, and Nick's Rode NTK seems to suit his voice pretty well. I'm more of a Fender man myself, but hey. Sam Inglis 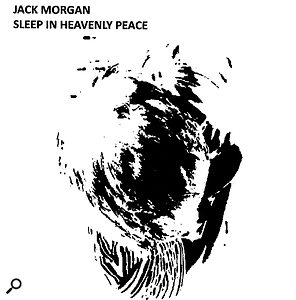 There's a real risk of Jack Morgan's title becoming a self‑fulfilling prophecy. His music is deliberately dreamlike: repetitive, down‑tempo, atmospheric and generally torpid. Every element seems to be competing to be further in the background than every other.

All of the above could be said about much of the 'ambient' music that trickles listlessly into the Playback in‑tray, but thankfully, there are no synth arpeggios or waves crashing on seashores to be heard here. Sleep In Heavenly Peace is actually the work of a singer‑songwriter, and is built up almost entirely from layers of guitar picking and vocals. At first listen, it sounds maddeningly ponderous, but once you allow yourself to tune into its wavelength, it begins to make more sense. Tracks like 'No Strain' hint at the more cathartic bits of Radiohead's catalogue, albeit with rather more humble production values. It's never immediate, but it's never superficial either. Sam Inglis 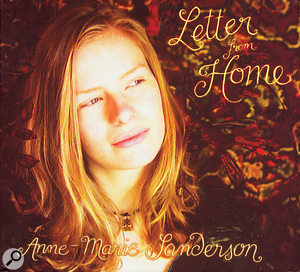 Anne‑Marie Sanderson's engineers have had the right idea about what matters in her songs, and they've fast‑tracked her vocals and acoustic guitar straight to the front of the mix. However, they don't always seem to have thought through the consequences. For instance, it means that the mix compressor they're using gets triggered by the vocals and guitars rather than the drums or bass, which sometimes causes these latter tracks to lurch about in a slightly queasy fashion. Something about the drum miking and mixing also makes the cymbals sound rather divorced from the rest of the kit, and given their lowly supporting role here, I think the drums might have worked better mixed to mono.

It also means that the album as a whole stands or falls on the vocals and acoustic guitars, and personally I found Sanderson's approach a bit relentless. The guitars seem to take up most of the mix without doing anything very interesting, and her singing is sweet and tuneful, but not exactly varied. Add lots of long sustained vowels, backing vocals, strings and pad sounds into the mix, and it all gets a bit stodgy. Sam Inglis 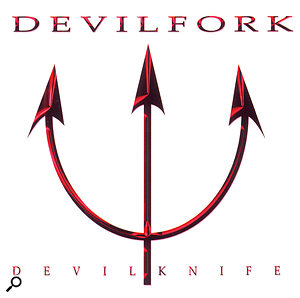 Devilknife is a celebration of the many facets of metal. The 12‑track album powers confidently from detuned guitars and the overly theatrical to the thrashiest this motley crew (ahem) have to offer, with some unexpected synth action along the way.

Though shamelessly presenting us with lyrics like 'He re‑sheathed his mighty sword / With the blood of the dragon still dripping', Devilfork don't seem to be taking themselves too seriously. The frequency with which the album descends into the absurd suggests to me that this is entirely conscious, and it's actually very refreshing.

The tracks are fairly well structured, with a welcome amount of identifiable melody. However, I suspect that there's actually far more going on here than would be noticeable on your average stereo. Synths, bass lines and backing vocals are deployed to interesting effect at the beginning of many of the tracks, but are soon bulldozed by the guitar and drum‑heavy mix. If you're a metal‑inclined type with a good pair of headphones and a wry smile, I dare say you'll find Devilknife very enjoyable. Nell McLeod 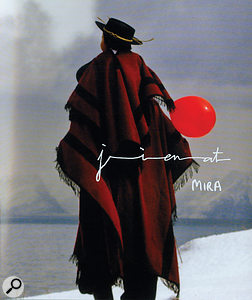 Andreas Fliflet's project is one of those packages that leaves you wondering where to begin a review. It falls, loosely, into the 'world music' category: Fliflet's studio is in Hammerfest, apparently the world's northernmost town, and the voices and instruments he's recorded originate mostly from the Arctic Circle. Yet it's in no way traditional, either in its musical content or mode of presentation.

Its creator describes it as a "dogma record”, made according to various self‑imposed rules. These included not using electronic instruments or processes such as equalisation, and, most strikingly, a commitment to recording every featured instrument in true surround sound. Both instruments and voices have been recorded stunningly well, and the result is incredibly immersive even in stereo.

I'm ashamed that I'm not doing it justice by listening to the lowly CD version on headphones, but alas, I have no means of playing back the Pure Audio Blu‑Ray disc, with its 24‑bit/96kHz true surround sound. Even on CD, though, it's bloody impressive, and on the right system it must be truly jaw‑dropping. All those hi‑fi salesmen who must be heartily sick of hearing Brothers In Arms for the billionth time should try using this to demonstrate their wares. Sam Inglis 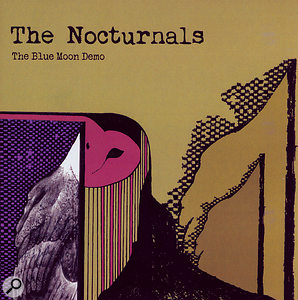 There's something of a mismatch between the Nocturnals' cover art, which suggests the feyest of becardiganned indie dripfests, and their music, which is indignant, distorted and shouty. The band have a clear idea of what they're doing, and their playing and singing is more than decent, but it sounds as though they've struggled to get an acceptable drum sound in what I assume is their home studio.

The problem is perhaps exacerbated by too much mix compression: it's most apparent on the second song, 'Reunion', which sounds great in the largely drum‑free verses, but falls to bits as soon as drummer Tom Drew goes near a cymbal. The snare sound is too brittle, and for this sort of music I think it's really necessary to shift the balance further towards the close mics and away from the room, especially as their room doesn't sound amazing. Sam Inglis 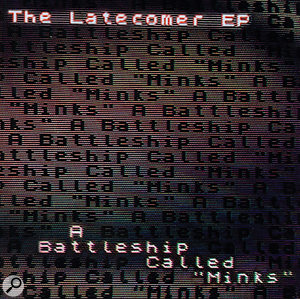 Taking his name from an obscure SNES game, Sam Gwilliam has put together a collection of tracks that can only be described as idiosyncratic. His sound sources range from old home keyboards to soft synths he's programmed himself in C++, all topped off with his own words. The resulting mixes are dense and claustrophobic, with an ongoing tension between cheap and tacky lo‑fi sound sources and bombastic sampled pianos or orchestral toms. This sometimes works and sometimes doesn't, but makes for quite an individual sound, and the songs are thoughtful and interesting.

From a mix point of view, muddiness is often a problem, so there's probably too much going on in the low-mids, and I suspect that heavy‑handed mastering processes are contributing an unwelcome grittiness to the overall sound. Meanwhile, tracks like 'The Traveller' reveal a rather good singing voice, but not one showcased to best effect by the recording. Some experimentation with different mic placements might help, as would a rethink on the EQ and processing front, and better use of automation. Sam Inglis