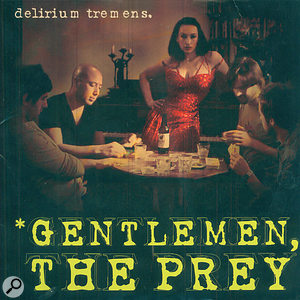 Delirium Tremens list no fewer than 89 influences on their MySpace page, from Hot Chip to Sigmund Freud. So it's baffling that they've decided to call their music 'Folk Noir': it's indie‑pop at its most jangly, the only difference being that they have song titles like 'Necrophilia' and take photos of themselves with bullet holes in their foreheads. Needless to say, DT suffer from some pretty confused branding issues.

Their faux‑dark image will probably serve them well, as it has for bands in the past, but it's unlikely to convince a more discerning audience. Having said that, if you're happy to put up with the histrionics (and can ignore the lyrics) you might just find this pretty catchy and upbeat — though I doubt that's what they were going for. Nell McLeod 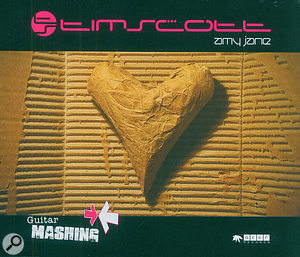 The sorry tale of Tim Scott's mug is an example of what can go wrong when you employ promotional gimmicks. It arrived with his demo months ago, and was promptly annexed by another member of the SOS staff. This person has been shamelessly enjoying tea from said mug while refusing to do the decent thing and even listen to Tim's music, let alone review it.

So, as ever, it falls to me to enjoy Tim's unique brand of 'Trance/Rock/Progressive House'. Which, it turns out, is rather enjoyable. The production is slick in the extreme, with greater emphasis on 'real' instruments than is typical of the trance or house genres. In particular, it's a neat showcase for Tim's imaginative and often funky electric guitar playing. It doesn't fit in to the more rigid house and trance templates, but it'd be a shame if that denies it club play. Sam Inglis 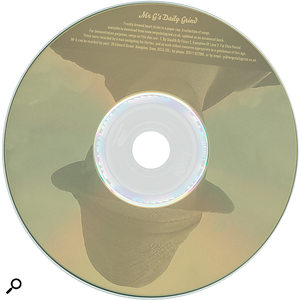 Mr G, whoever he may be, is quite the opposite of Mr T, and something of a Mr E. Self‑effacing to a fault, it takes a magnifying glass to read the type on his CD, and there's no hint as to his real name. The same air of humility permeates his music: drums aren't introduced until the third song, the vocals are often mixed at an apologetically low level, and you get the feeling that anthemic choruses and rocking out have been dismissed as vulgar. Nevertheless, it definitely has its own gentle charm, and a whistling solo always makes the world feel like a slightly better place. Sam Inglis 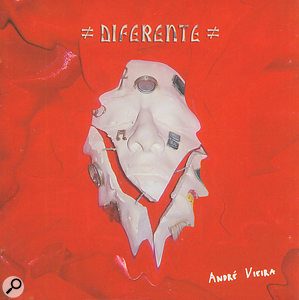 My shameful ignorance of Portugese makes deciphering André Vieira's sleeve notes a bit of a challenge, but if his title does indeed mean 'different', it's aptly chosen. He effortlessly snatches the crown for most instruments played on a Playback submission during the one‑minute opening track, and puts it firmly beyond reach as the album goes on.

The overall impression is a bit Christians versus lions: accordions, pipes, acoustic guitars and South American instruments I can't put names to are engaged in a bloody fight to the death with metal guitars, sampled drums and squelching synths. Except that it's a lot better than that description makes it sound, because Vieira somehow manages to maintain enough order that the results make sense. Diferente yes: also, er, muito bom (thanks, Babel Fish). Sam Inglis 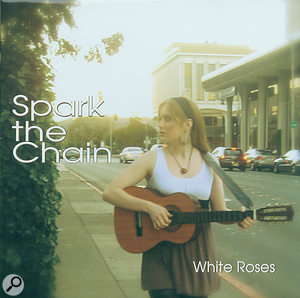 Let's clear one thing up from the outset: White Roses isn't a band called White Roses, it's a girl called Heather Rose. She apparently uses this trademarked name to "serve as a vehicle for her musical activities”, and we're warned that it's copyrighted. OK.

Rose is a songwriting student from California, and Spark The Chain is her — perhaps premature — second album. She is, apparently, influenced by Bob Dylan and Leonard Cohen, though I can't say they were the first comparisons that came to mind when listening to 'Kermit In The Pond'.

Optimistically describing herself as a musical chameleon, she attempts to move from reggae to pop to blues to jazz. This is utterly unconvincing, however, and by the final track, 'Beautiful Lie' (which she sultrily proclaims is "for the ladies”), I had the same unsettled feeling I had after watching a youth production of Chicago at my local village hall. Nell McLeod