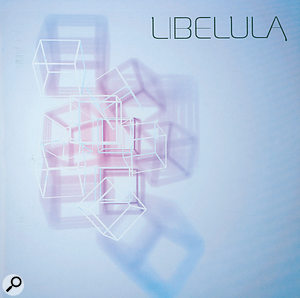 Libelula are like the White Stripes of electronica, insomuch as they are a male/female duo who share a surname but don't discuss their marital status. Musically, they take a well-trodden 'electronica with dreamy female vocal path', but do so with rare skill. Sarah Villarous has a gorgeous voice, and deploys it to full effect over backing tracks that are by turns lush, brutal, sinister and atmospheric. You could soundtrack a year's worth of car commercials from the four tracks included on this EP. And I mean that in a good way. Sam Inglis 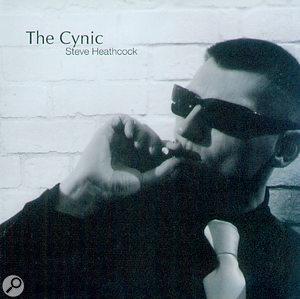 Like prom queens and inedible yellow cheese, Classic Rock has hitherto been a quintessentially American phenomenon, but Steve Heathcock seems to be attempting to create a British version. Either that, or he's unearthed a lost album by Steve Harley and Cockney Rebel and is touting it as his own.

Assuming it is his intention to recreate that spiky, 'glam rock meets pub rock' sound, he's done an impressive job. There's plenty of energy in the performances, the songs are tightly wound and never outstay their welcome, and although the mixes are occasionally bass-light and 'Envy' pushes the warmth too far into outright distortion, the recording is generally spot‑on. If you want to feel as though you've been transported to the Hope & Anchor, circa 1976, Steve Heathcock is your man. Mine's a Watney's Red Barrel. Sam Inglis 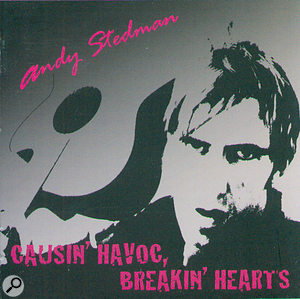 Andy Stedman's status as a huge on-line hit has passed me by, but according to the press release, it's enabled him to fund the recording and release of his debut album through fan donations. I reckon Steve Heathcock should make him an offer for his mailing list, because much of the previous review applies equally well to Andy Stedman's music.

We're still at the Hope & Anchor, but the clock has moved on a couple of years, with the influence of Elvis Costello and Joe Jackson beginning to be felt. There's more than a touch of the legendary Steve Naive about Tom Greene's keyboard playing, while Stedman himself puts across catchy and well-constructed material in a plaintive, barrow-boy Lahndahn singing style. I'm not quite sure what his Internet fans see here that they don't already see in a hundred other New Wave-influenced artists, but I'm sure they'll feel they got value for money. Sam Inglis 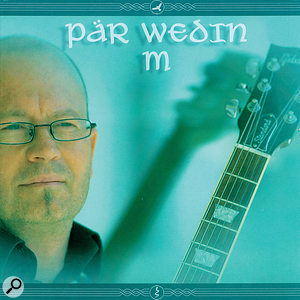 Pär Wedin's album opens with a track called 'Peruvian Dreams', which represents "visions and sounds in my head before I actually went there”. And you'll never, ever guess — not in a million years — what synthesized instrument he's chosen to capture his vision of the Andes. Give up? Well, he's only gone and used a pan-pipe patch! The music business needs more of this forward-thinking originality, surely.

To be fair, there's a lot more to the track than pan‑pipe moods, but I confess to finding this brand of New Age smugtronica a bit hard to take. No matter how hard I try to put myself in the shoes of his target market — assuming that flotation tanks and aromatherapy clinics can be said to have shoes — the only artistic achievement I can detect is that it manages to be preachy and condescending despite being almost entirely instrumental.

This is a shame, because there's a huge amount of skill on display, especially on the technical front. Guitar seems to be Pär Wedin's main instrument, and he is clearly a fine player and an imaginative user of guitar synths. He's also a very talented engineer, and handles a mix crammed full of big synth sounds with enviable aplomb. It will never be my cup of herbal tea, but if you actually like being lectured about "the necessary changes in your life” while synth pads pile up like pillows, you know where to come. Sam Inglis 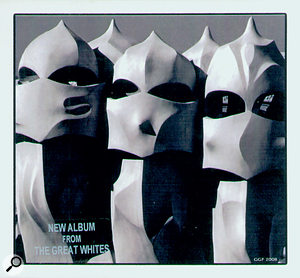 The musical waters inhabited by these particular Great Whites are certainly unpolluted by heavy metal. In fact, the band have quite a distinctive sound. Underpinning Michael Egan's impassioned vocals is a full‑on production aesthetic that sometimes recalls late-'80s acts like Midnight Oil. Layered backing vocals and booming, wide-panned drums come together with choppy (and occasionally out of tune) guitars to create something that's powerful, but also a bit fatiguing to listen to. Sam Inglis 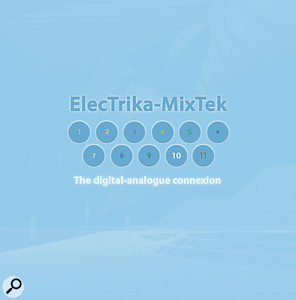 If the name 'ElecTrika-MixTek' sounds to you, as it did to me, like it belongs to a European hard-dance outfit then, well, you'd be right. It does. The Digital-Analogue Connexion is a four-to-the-floor techno-fest from start to finish, and — as far as my limited tolerance of hard house and techno allows me to judge these things — a pretty decent one at that.

I must confess to not being a massive fan of house music. The incessant bass drum just tends to grate after a while. I do know, however, that there's a lot of skill involved in producing a track that can hold your attention in spite of such a formulaic set of rules, and that skill is plainly evident in ElecTrika-MixTek's work. It's clear in the arrangements and the sounds chosen that they've paid a lot of attention to detail, and the general standard of production is very high.

On the occasions when I've ventured to house nights, I've always enjoyed those slightly surreal moments when the entire club cheers with delight at the advent of a new 'bleep' sound in a song, and The Digital-Analogue Connexion us full of just such moments. Glow-stick-brandishing Italian exchange students rejoice! Chris Korff 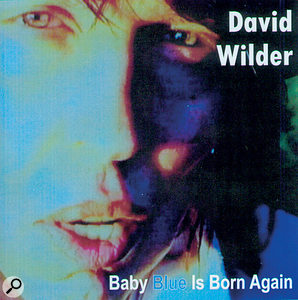 David Wilder apparently road‑tested his material on the unsuspecting public during a stint busking on the London Underground. History does not record the unsuspecting public's reaction, but I would guess that it was usually along the lines of 'Oi mate! Your music sounds exactly like Oasis!' Because, not to put too fine a point on it, David Wilder's music sounds exactly like Oasis. His voice is the spit of Liam Gallagher's. His melodies are eerily Noelesque. He is unafraid to produce lyrics like "Life goes on even when a volcano is erupting inside of my face”. In fact, there are actually Oasis records that sound less like Oasis records than this.

Production-wise, he's had a brave stab at concocting something that sounds, well, like Oasis, armed with only a Yamaha 4416 multitracker. All the ingredients are present and correct — there are walls of indistinct distorted guitars, there are strummed acoustic ballads, and there are Beatles-y psychedelic sound collages — and although they sometimes sound rough and ready, they certainly get the ideas across. It's just a shame that the ideas belong to someone else. Sam Inglis 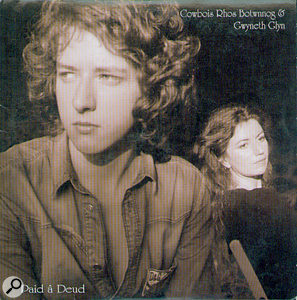 In the hope of finding more information, I laboriously copied the blurb on the back of this duo's Welsh-language single into an on-line translator. The results suggest that the science of automated translation has a way to go yet: "One recorded crookedly Tavern He Covers News, Causeway was easing. One produced with Gowbois Moor Botwnnog, v.) Glen and We Applied gold Jones, as devoting with Ted Carfrae. Form the face with David Hughes.”

So I'm none the wiser about the technical side of things, but it would definitely be unfair to say that this has been crookedly recorded. Rather the opposite, in fact, as it sounds great. Messrs Botwnnog and Glyn are both fine singers, and they're ably backed by a band that features drums, bass, acoustic and electric guitars alongside that most traditional of Welsh instruments, the pedal steel guitar. It is, in other words, countrified Celticism, and done very nicely indeed. Sam Inglis

This month's winners are Libelula.