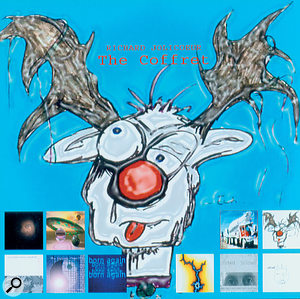 Richard Jolicoeur likens his music to "an accidental encounter between Frank Zappa and Philip Glass”, and since he's almost certainly the only person who's ever listened to it all, he's probably best placed to say so. The Zappa comparison is apt in terms of sheer quantity, if nothing else: at six full-length CD‑Rs, this by some way the longest 'demo' I've ever received.

A semi-random sampling suggests that Jolicoeur can keep up in terms of diversity, too. The pieces on offer here range from meditative ambient reflections to bonkers sound collages, taking in everything from glockenspiels to gamelans en route. He blends synths, samples and recorded audio in an impressively seamless fashion, and is endlessly inventive in his approach to rhythm and harmony. And if you don't like one of his albums, you probably won't have to wait long for the next one. Sam Inglis 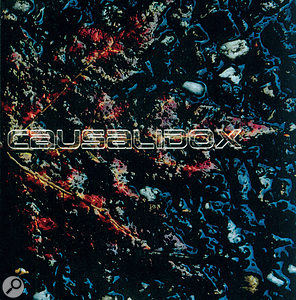 Marcus Moonen has a great rock & roll name, a collection of analogue synthesizers, and "an organisation of artists, DJs and VJs called Glaxclock”. All of which sounds rather more fun than it is, and I found myself watching the Glaxclock rather closely while listening to his CD. The music he makes under the name CausaliDox is quite retro, somewhat ambient and, alas, not particularly engaging. There are certainly nice touches, like the glitchy beats and "computer doing thinking in a '70s sci-fi movie” bleeps that crop up every so often. However, the overall sound is on the tinny side, more care needs to be taken with reverb and delay, and there's not enough in the child-like melodies and unchanging harmonies to sustain the listener's interest. Sam Inglis

Overdrawn At The Memory Bank 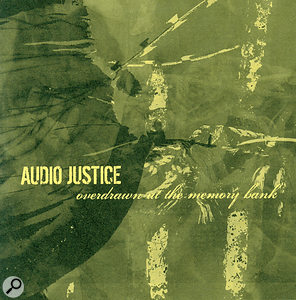 Never mind the memory bank, Dan Furr's account at the compressor shop must be frighteningly in the red. I'm not sad enough to load it into Wavelab and find out, but I'll bet that the dynamic range of this album can be measured on the fingers of one hand.

To Dan's credit — or possibly not — this is clearly no accident. Overdrawn At The Memory Bank is the product of some serious production chops, whether or not you feel they've been used for evil. He's aimed for, and achieved, a very slick and contemporary sound, and any one of the tracks here could slot straight into an NME cover disc without alarming the natives. The songs are a radio‑friendly amalgam of fashionable influences that somehow manage to generate their own identity, partly thanks to the unexpected dollops of funky DI'd electric guitar, and the musicianship is spot-on. It's very impressive, especially given that he's played all the instruments himself, and you can't help wondering what Dan might achieve if he didn't feel constrained to make such a commercial-sounding product. Sam Inglis

For every band that successfully marries two improbable musical influences, there must be many combinations that fail. One wonders how many pairings Bison had to try out before they hit on their winning formula. "Leonard Cohen and 2 Unlimited? Nah. Elton John and Iggy Pop? Think of the dry cleaning bills. Hmmmm... The Specials and Arctic Monkeys?”

Unlikely as it may seem, Bison really do sound like Alex Turner fronting the Two-Tone legends, and, more unlikely still, they're damn good. Rapid-fire lyrics are sung-spoken in a broad Sheffield accent, almost like stand-up comedy, while eight very tight musicians blast out a joyous brass-led ska backing. It's as infectious as scarlet fever, and a lot more fun. Sam Inglis 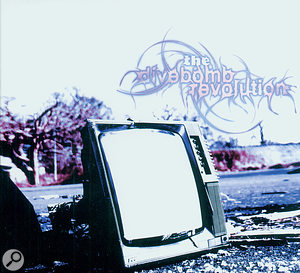 Of all the press quotes I've seen bandied about by artists as proof that their music deserves to be heard, none has disturbed me more than the snippet from Total Guitar magazine that Wiltshire‑based band the Divebomb Revolution saw fit to include in their press release.

Happily, the Divebomb Revolution sound absolutely nothing like that at all. What they do sound like, however, is a talented prog-metal band recorded by an equally talented production team. The playing is impressive and, perhaps more importantly, consistent, giving the impression that even the more technically challenging parts were played with ease.

The recording and mixing side of things is similarly up to scratch, having been handled with aplomb by former Sikth members Dan Weller and Justin Hill. The album sounds impressively 'big', yet at the same time has a modern and in-your-face quality to it that lends the genre an oft-lacking contemporary edge.

Of making a heavy prog-metal album that still sounds accessible and mainstream, TBDR should be proud. And what better way to reward them than with a nice new magazine quote to stick on their press release? In keeping with the inter-rock-band liaisons theme, then, how about this: the Divebomb Revolution sound like Pantera giving Linkin Park a vigorous spanking, while Dream Theater and System Of A Down watch. Chris Korff 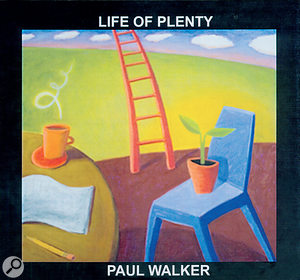 Paul Walker describes himself as a professional musician, and says that he "hosts four Acoustic Open Mic nights per week”. Which sounds like living death to me, but you have to admire his commitment. It's also allowed him to recruit some very decent local musicians to contribute to his album.

The standard of playing and singing is thus high, yet despite this, there's something strangely uninvolving about the results. The guilty party, for me, is Paul's acoustic guitar playing, which settles on a rhythm and dynamic at the start of each song and thereafter maintains them relentlessly. Said guitar has a tendency to dominate the mix, while more interesting and varied elements such as the fretless bass are barely audible. It seems odd that someone who clearly works hard to give other musicians a platform should paint them out of the picture on his own music. Sam Inglis 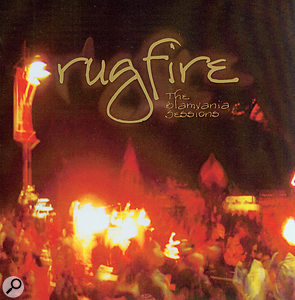 Tired of Bono's self-righteous bleating about the Third World, Rugfire have written a self‑righteously bleating song about it. Ironic triumph or crashing lack of self-awareness? I suspect the former, given that they're also crafty enough to blame any technical faults on the fact that Paul White "never answered my numerous requests to come and sort out the bass end in my control room”.

If there are any bass end problems, they haven't translated into an unbalanced mix, but I imagine that our esteemed Editor-in-Chief might have had something to say about Rugfire's kitchen-sink approach to compression. To my mind, this sort of AOR Americana needs a lot more space to breathe, dynamically speaking.

Apart from that, the technical side of things is nicely done. Acoustic guitars are prominent, and sound good, though my one‑man crusade against unnecessary double-tracking finds plenty of ammunition here. Singer Richard Williams has a fine voice, coupled with an American accent that's surprisingly convincing for someone living in Swansea. The drum kit, meanwhile, punches through the mix nicely until the drummer swaps his sticks for brushes, and it might be worth pursuing a different recording setup for those tracks. And if you hate Bono that much, don't just sing about it — take action! Sam Inglis 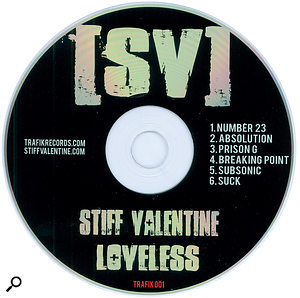 As far as I know, the shoegazing scene of the late '80s has yet to attract its own tribute bands — a fact which proves beyond all doubt that however far the music business has fallen, it has not quite reached rock bottom.

With that in mind, opening Stiff Valentine's envelope gave me a nasty moment. Fortunately, despite the name, the band in question turn out to be mercifully free of lank fringes and Fender Jaguars. Stiff Valentine describe themselves as "Industrial Metal Disco”, and unlike most unsigned acts, are spot on with their self‑image. Metal-ness is abundant in the vocals and chugging guitars, while the samples and synth sounds display obvious industrial influences. Any disco tendencies have been successfully contained within the rhythm section, but I must say it's a welcome change to hear a metal band who don't feel the need to reduce their drum sound to a series of clicking noises. The heaviness of the results doesn't suffer one whit, the recording and mixing in general are excellent, and there are no Slowdive covers. Result. Sam Inglis

This month's winner is Richard Jolicoeur.