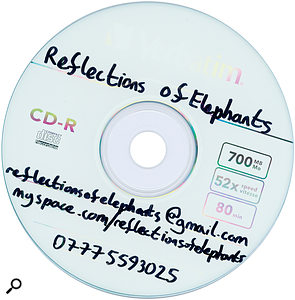 This CD isn't really called Debut EP, but sadly, Reflections Of Elephants' minimalist press material hasn't furnished me with the luxury of an actual title. In fact there's little I can tell you about them, other than that they're from Chelmsford and they make an impressive racket. Their melange of abrasive riffs and stop‑start rhythms is the sort of thing that invariably gets described as 'angular', and achieves the rare feat of being immediate and accessible yet never becoming obvious. The recording is not fancy but very serviceable (apart from what sounds like an egregious replacement sample on some snare hits) and I bet they're a fantastic live band. Sam Inglis 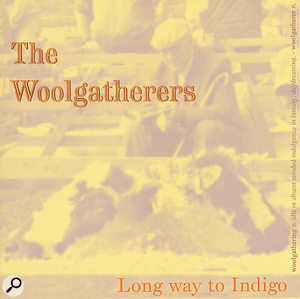 The Woolgatherers' album is, they say, mostly a 'one take' studio recording, and it pretty much sums up both the pluses and minuses of this approach. The performances are excellent, with a light but insistent groove, and nice use of instruments such as accordion and harmonica. However, their attempts to cut down on spill and make the mix more manageable have led them to DI as many things as possible, with less than pleasing results. There's an infuriating crackle somewhere that really should have been dealt with before anyone pressed Record, and the acoustic guitar sound recalls Trotsky's final moments. The overdubbed vocals also sound a bit strange, thanks to a reverb that suits neither the voice nor the context.

Phil Hooley has a strong voice, and his songs are nicely turned, suggesting a musical diet of Springsteen, JJ Cale and side two of Neil Young's Hawks And Doves. It's probably fair to say that his influences are often more prominent than his own ideas, but there is enough variety here to create a satisfying whole. Sam Inglis 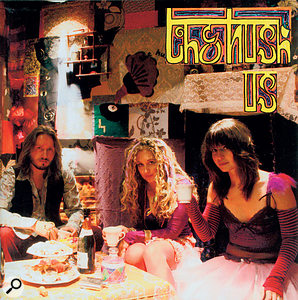 Closer Than The Blood

It may come as a surprise to SOS Forum frequenters that 'Feline1' has managed to tear himself away from his electronic home long enough to start a band and record an album. Hollow Moon have a single‑minded aesthetic involving "decrepit, cheap and nasty” instruments, found percussion and odd samples. As you might expect, it's an aesthetic that prizes feeling above niceties of tuning and intonation. It also sounds as though all these decrepit instruments have been tracked in a very ambient but not particularly flattering space, which is atmospheric, but gets a bit tiring to listen to.

Hollow Moon's songwriting is equally individual, and the wonky acoustic tracks that bookend this three‑track sampler have a rare charm. I was less keen on the intervening slab of Pere Ubuesque glum‑rock, which mainly consists of someone intoning 'Oh man it's just another false flag / Another Reichstag' over and over again, to the point where even a good lyric would lose its appeal. Sam Inglis

This month's winners are Reflections Of Elephants.