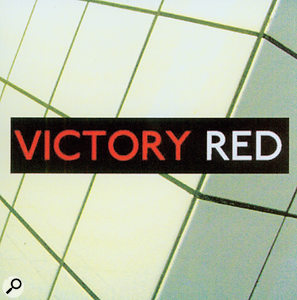 I'm thinking of starting my own conspiracy theory, which will run something like this. In record company press offices throughout the land, what PRs should be doing is dutifully ringing up the Yorkshire Post to check that they've received their review copy of the new Keane single. What they're actually doing is running a competition at the expense of the bands who are paying them, the winner being the press officer who succeeds in finding the most random point of reference for their music.

Dismiss my theory as the paranoid ravings of a madman by all means, but is there another explanation for descriptions like "Imagine songs with soul in a world where Nina Simone and the Deftones meet and fall madly in love”? Because, although Victory Red are really good, they might as well ask us to imagine a world where Mantovani and Kevin 'Bloody' Wilson meet to discuss their shared interest in medieval history, or Enya pops round to borrow a cup of sugar from Cannibal Corpse. It would be about as helpful.

Anyway, it turns out that Victory Red are neither a cult jazz singer nor pioneers of shorts‑wearing metal, but a rock band who know a good tune when they hear one. They are as fond of their delay pedals as of their distortion boxes, and I thought I even heard one of those 'piano + strings' synth patches that are normally useful only for clearing restaurants in the event of a fire. In Kate Baxter they have a fine singer with a controlled, powerful voice, but what makes them special is their excellent material. Victory Red juggle epic choruses, tricksy rhythms and clever key changes with such skill and confidence that the results are completely natural and unforced.

Imagine a world where Howling Bells and Muse meet and, er, decide to make some really good music. Was that so hard? Sam Inglis 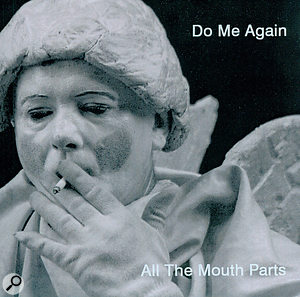 All The Mouth Parts

"How long is long?” asks Ben Saunders on 'Since I Said Your Name', and it's tempting to respond that three minutes 56 seconds can seem pretty long when it's filled with someone repeating the same things over and over again.

That wouldn't be very fair on Ben, though, because repetition is key to the kind of music he wants to make, and despite using fairly basic equipment, he's put together a very powerful palette of sounds. The fuzztone guitar is authentically sludgy, the vocals appropriately vacant and expressionless, the virtual drums suitably pounding. The problem is that this kind of music — slowed‑down, stoned indie‑rock, with dreamy vocal harmonies floating over the top — is usually made by a band doing lots of drugs, not by a solitary snowboarder with a laptop.

What's missing, as a result, is the sense of excitement and chemistry that can elevate simple material to a special place when musicians interact and build on one another's performances. But if this two‑track demo is intended to entice musicians to do just that, I'd say it does a fine job. Sam Inglis 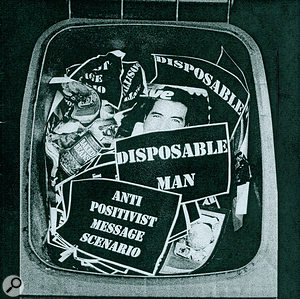 Between them, the two producers who make up Leisureland must have several decades' experience in the music business, and they've poured every ounce of their accumulated technological know‑how into the making of this album. This is both a good thing and a bad thing. On the plus side, some of their production ideas are fresh and highly effective: witness the combination of cheap drum machine, string synth and Hawaiian guitar that opens 'Beautiful Here Now', or the truly bizarre, possibly ring‑modulated guitar solo on 'Walk Carefully'.

On the down side, though, their determination to process and effect everything seems to be completely compulsive, and sometimes you wish they'd just learn to leave alone. For instance, I'm sure they put a lot of thought into figuring out how to replicate the sound of a lounge singer being crippled by a yawning fit, but it doesn't really benefit their six‑minute cover of 'Wild Is The Wind'. Still, even when things don't work out, you can't help but admire their willingness to take a risk. Sam Inglis 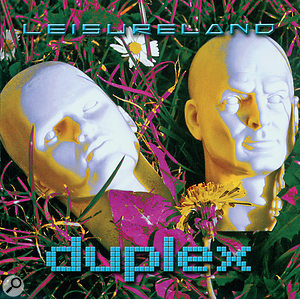 The sheet of A4 paper that came with duo Disposable Man's album states that a man called Richard supplies "attitude and amusing yet topical lyrics” for the album. The amusing part I got — I even chuckled to myself in one song, 'David Knows The Price Of Fish'. Make that two chuckles: I did it again just then when I typed it out.

But the attitude is pretty wishy‑washy. I'd call it 'mild annoyedness'. In fact, if I was a teacher, I'd probably tell him that his attitude stinks, or something equally clichéd, and send him to the corner.

The only topical bits I can spot are historically up‑to‑date references to the possessions of successful and wealthy people, to whom Richard takes a dislike in a number of the album's songs: "I'm the ultimate consumer, I'm the person of the year, I've a matrix‑linked Blackberry superglued to my ear... My carbon footprint looms like the dead raised from the tombs”, blah.

The other member of Disposable Man is called Steve. I like Steve because, despite the appalling contribution from Richard, he makes the Disposable Man CD listenable. The drums and bass are programmed very well, and his achievement is even more commendable considering he used an Alesis MMT8 for the rhythm section. Guitars and synths have been added by Steve on his PC, very tastefully. The general sound is quite dated, but I suspect that's deliberate, and the reason for using the old (don't worry, I won't call it vintage) hardware. Could you send me a version without that nasty Richard? Chris Mayes‑Wright 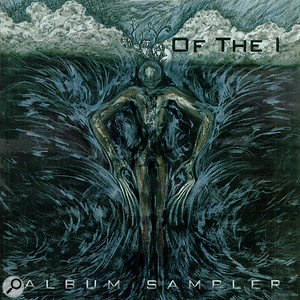 What's more, death doesn't seem to have stopped progressive rock from progressing. Of The I thus sound not very much like Yes, drawing instead on more modern influences like Tool and Incubus. Cue grumbling, low‑tuned guitars, moody vocals, a smattering of samples and a refreshing lack of widdly soloing. It's hard to fault their playing, and the recording does a very effective job of capturing their sound, with a mix that retails plenty of dynamics. The down side of this, of course, is that it can sound a little underwhelming in parts unless you can turn your hi‑fi up loud enough do it full justice. Sam Inglis 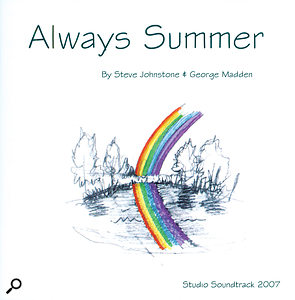 As far as I can make out, Always Summer: The Album is intended as a showcase for the as‑yet‑unproduced Always Summer: The Musical, and a very effective showcase it is, too. The songwriting is uniformly strong, the performances are never less than solid, the arrangements suggest vast experience and skill, and the recording is mostly excellent. If there's a weak spot, it's the nasty MIDI strings that crop up whenever the tempo drops below 100bpm, but I imagine the plan is to hand these parts to crack professionals in the event that Always Summer ever reaches the stage.

I can't claim to understand the labyrinthine plot, which involves imaginary twin brothers and a woman called Daniela who carries an umbrella (do you see what they did there?), but the music at least is in safe hands. Sam Inglis 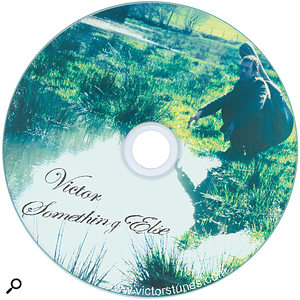 To the victor go the spoils, so they say. In this case the booty seems to have been fairly limited, as Victor's album has been recorded almost entirely with an acoustic guitar and a little hand percussion. That's actually no bad thing: he coaxes a surprising range of sounds from the six‑string, and his recordings have a muted warmth that suits the laid‑back nature of the material. Appearances by electric bass and brushed drum kit are occasional and understated enough to count as  pleasant surprises.

This month's winners are Victory Red.