Stories From The Ground 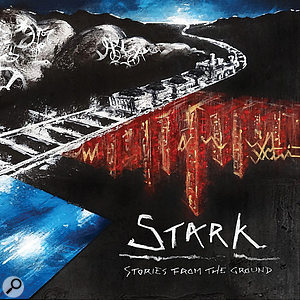 And the Pleasant Surprise Of The Month award goes to... Stark, a Brighton‑based three‑piece who describe themselves, rather humbly, I think, as an alternative blues band. This description sells them short. 'Alternative blues' is one of those catch‑all terms that's usually reserved for fairly bland acts, and Stark are anything but, hence my pleasant surprise. If I had to assign a label to them, it'd probably be 'proggy folk‑rock' or something.

Stories From The Ground is characterised by extremely proficient musicianship and clever arrangements (it's all quite 'technical', if you like), and it's also very well recorded. The guitars, in particular, have a most satisfying 'bite' to them that helps give the album a surprisingly 'heavy' edge. The lead vocals are impressive too, ditto the drum and percussion parts. A fine record indeed. Chris Korff 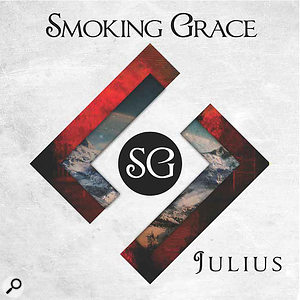 Have you ever noticed that the tech‑savvy member of a band — you know, the one who does all their recording, programmes all those synth parts and generally makes the FOH engineer's life a little bit more difficult at gigs — is almost invariably the bassist? It's certainly the case in my band (for whom I am the engineer‑botherer and champion of low notes), and it seems to be a general trend I've observed among the vast majority of bands I've gigged with. I wonder if there's something about technology that attracts bassists, or if there's something about the bass that attracts technophiles? Whichever way around it is, the correlation is strong with Smoking Grace, whose bassist, Ben Peilow, sent us their EP for review.

Naturally, it was Ben who recorded it — and I must say he did a fine job. Apparently one of his aims was to use real acoustic spaces for their reverb, rather than relying on plug‑ins, and it's an approach that seems to have paid dividends. The drums were apparently recorded in a chapel, for instance, and the sound works extremely well for the style of music (contemporary stadium‑rock á la Foo Fighters, since you asked). Similarly, many of the backing vocals were recorded in stairwells and halls and such, and it's little touches like that which can really bring a recording to life. Credit, however, must also go to Oz Craggs, who has done a fine job of putting the requisite polish on the album. Oh, and also to the band, whose writing and playing are as slick as a slick thing. A racing tyre, perhaps. Chris Korff

"You don't see many bands sending out jacket patches with their albums these days,” I announced to the SOS office at large. "Are they a psychobilly band or something?” was the reply. No smoke without fire, as they say.

As it happens, though, the Goddamn Wallbangers are a rather good psychobilly band, and their eponymous EP is a thoroughly enjoyable one. The CD arrived on my desk along with a letter from its recordist (as well as the jacket patch, of course), and the detail about how the album was made sounds pretty much like a nightmare scenario. Trying to record an electric guitar, a double bass and a full drum kit in a 2.5m‑square room should, by all rights, be a recipe for disaster, but engineer Tony Neale has done a remarkably good job of turning what must've been some pretty spill‑laden recordings into something surprisingly presentable. Don't get me wrong, the album is definitely on the raw side — we're not talking vintage Decca jazz here — but that suits the music very well, and the double bass in particular (normally the first casualty of a tricky recording setup) has a very satisfying thump that underpins many of the songs very well. 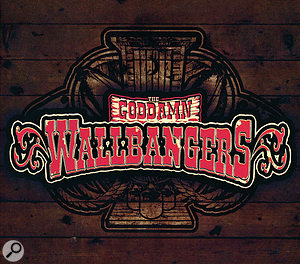 Cleverly, Neale has made a feature of the slightly trashy aesthetic, by distorting Chey Anne's lead vocals at opportune moments, and there's some gritty slapback delay on the guitar, too, which adds to the 'authentic hillbilly' vibe. Being critical, the cymbals can be quite top‑heavy at times, and the bassist does get lost a bit when he's not slapping, but given the circumstances of the recording Neale has done a very good job. Chris Korff