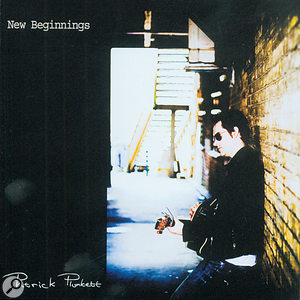 Patrick Plunkett has recently relocated from his native Ireland to London in order "to pursue a career in music". Which is a bit like moving into a graveyard in the hope of achieving immortality, but good luck to him. London is certainly not short of serious singer–songwriter types, so it's as well that Plunkett is pretty close to the top of the game.

His AOR balladry has a pleasant country tinge to it, and he is very well served both by his backing musicians and by producer Tony White. The three songs included on New Beginnings could slot straight into the Radio Two playlist without anyone noticing. Indeed, if there is a down side, it's that Patrick Plunkett's music is perhaps a little anonymous. Really successful singer–songwriters always seem to have distinctive vocal tics that make them instantly recognisable, like James Blunt's strangulated whine or David Gray's oddly mannered Dylanisms. I recommend that Patrick Plunkett comes up with something equally annoying. At least then we'd all know it was him. Sam Inglis 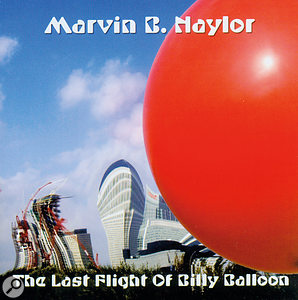 Marvin B Naylor The Last Flight Of Billy Balloon

There are moments on The Last Flight Of Billy Balloon where you glimpse the album that Marvin B Naylor wanted to make. It's his own Smile, a cycle of complex, multi–layered songs, realised in innovative arrangements, dense orchestration and epic production values. (Actually, what it really reminds me of is Arthur Brown's neglected masterpiece of English prog–psych whimsy, 'Chisholm In My Bosom', but that may be coincidence.)

Unfortunately, the album he's actually recorded falls quite a long way short of this target, because the production simply can't keep up with the vaulting ambition behind the music. The songs are great, and the best mix decision Marvin and engineer Gary Brady have made is to keep his strong lead vocals front and centre all the time. Other elements are more variable, however, and although you can usually figure out what the arrangements are intended to achieve, they seldom quite convince.

For instance, although they've clearly had access to some high–quality orchestral samples, it's only on the closing 'Daisy Sunshine' that these gel into anything you might actually mistake for the real thing. Unsympathetic compression and EQ tend to make acoustic guitars sound spiky and thin, where lushness and warmth are definitely required; there's too much reverb, and some of the level choices are distinctly odd. The sporadic clicks and pops really detract from listening pleasure, too! Until technology allows us to hear the version that's playing inside Marvin Naylor's head, file under Bold Efforts. Sam Inglis 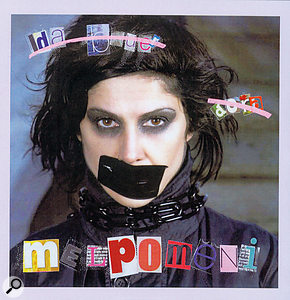 Melpomeni I Need A Man

Melpomeni offers plenty of ammunition to those who might wish to hate her debut single. The mix is muddier than any Glastonbury in recent memory, the lyrics include lines like "your playgroup validation was some time ago", and it's accompanied by a press release that could have come straight from Private Eye's Pseuds' Corner. Her music is, reportedly, influenced by Arnold Shoenberg [sic] and Nietzsche's The Birth Of Tragedy, facts that fall squarely into the "I woudn't have known that if you hadn't told me" category. Oh, and she was in the Medieval Baebes.

And yet... and yet. For all its pretension, there is, undeniably, something compelling about 'I Need A Man'. Underneath the bluster and the murk is a decent tune, put across by a riveting vocal performance. And despite Melpomeni's best efforts to prove otherwise, that's still the fundamental difference between a pop song worth listening to and one that isn't. Sam Inglis 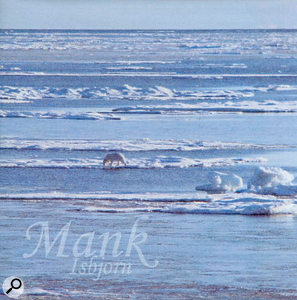 Sometimes you know precisely what a CD is going to sound like before you hear a note. Since it's described by its creator as ambient electronica, adorned with polar bears and inspired by a trip to the Arctic Circle, there's no way Isbjorn was ever going to be a psychobilly record. Nevertheless, its capacity for sounding exactly like you'd expect it to sound is still pretty remarkable. 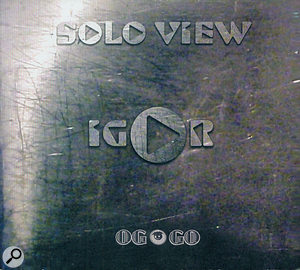 Igor's album was recorded in London, Los Angeles and Moscow, making me the reviewer of a truly international offering. Exciting.

My reaction? Not quite disappointed; perhaps the right word might be 'objective'. Solo View is reminiscent of very early sci–fi music, and maybe music concr te. There is no structure, simply sounds — some generated by the usual plug–in suspects and the rest by guitar. These sounds are glued together with a sampled closed hi–hat, which is out of time totally, from start to finish. There is a distinct lack of bass on most of it, and no possibility of getting into Igor's mind set unless I was to take some extremely strong drugs. At least the whole thing is reasonably dry in terms of delay and reverb, rather than drowning in inappropriate effects, as electronica often is.

This is not a commercial offering. However if you're a budding retro, B–movie sci–fi director looking for some music to accompany your work, Solo View may be just the people to call. Pete J Thomas 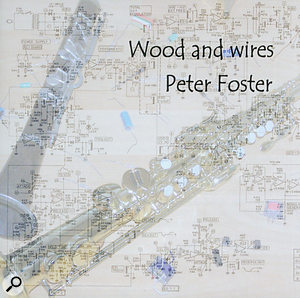 Last week I narrowly avoided a moment of eBay madness involving something called a Gibson Maestro Electronic Sound System For Woodwinds. I can't play the oboe to save my life, but I'm a sucker for anything with big coloured switches.

Having missed out there, I was hoping that Peter Foster's album might open my ears to new and unusual woodwind sounds. It's billed as a 'gently experimental' project in which saxophones, clarinets and the like are combined with synthesizers and sampled sounds, and one track has actually won an award for Best Recording Of An Electronic Piece.

His album hasn't really advanced my personal quest, because the level of experiment on display is indeed very gentle. All the woodwind playing is thoroughly conventional, with nary a squawk, honk or fuzztone cor anglais to be heard. The electronic elements are, likewise, unlikely to frighten any horses, consisting, as they do, of sampled xylophones and their ilk. Polite synth sounds occasionally pop their heads above the parapet, but Aphex Twin it is not.

Considered on its own terms, however, Wood And Wires is a very engaging listen. Digital multitracking is used to layer up repeating phrases in a way that is clearly influenced by the minimalist school of 20th-century classical music, but these are overlaid with enough melodic content to satisfy the stuckists of this world. Of the seven tracks included here, the least obviously electronic are the best; the programmed synth backing on 'Three', for example, sounds a little tame and dated, whereas the award–winning closer uses only sax and clarinet, but does so to powerful effect. Sam Inglis 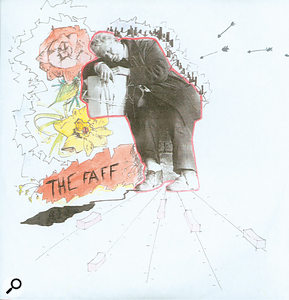 The Faff's risible press release claims that they are "giving an electronic twist to the traditional indie punk scene", but I can't imagine that audiences of outraged indie punk traditionalists are yelling 'Judas' as they take to the stage. This is a band who have honed their sound so precisely to today's indie blueprint that they might actually have been genetically engineered by the NME.

Take the DNA of an '80s synth–pop band, stitch in a healthy sequence of Nu Rave and a length of New Wave, raise the resulting embryo in a controlled Northern post–industrial environment, and you have the Faff. In a word: calculated. Sam Inglis 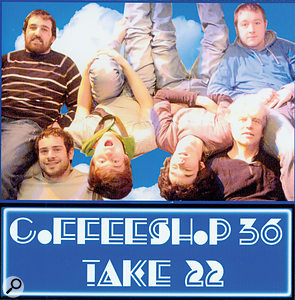 In most lines of business, it would be a monumentally rubbish sales strategy to confess that you don't know what you're selling. Imagine a supermarket full of packets labelled "This food draws on a diverse range of influences ranging from coleslaw to breakfast cereal, but ultimately, it's impossible to pigeonhole." Yet, for some reason, legions of unsigned bands are perfectly happy to admit that they find it "difficult to define our style".

This is usually a matter of self–delusion, as 90 percent of unsigned bands turn out to be witless Radiohead copyists. In Coffeeshop 36's case, however, a certain amount of confusion is understandable. Just when you think you've got them nailed as purveyors of Belle & Sebastianesque tweeness or Lightning Seeds–style synth–pop, they turn into a lo–fi version of the '80s Fleetwood Mac.

Either way, they're a distinctive band with decent material, but there's something curiously lifeless about the production, which somehow makes all the songs feel as though they are being played 10bpm too slow. A real drummer is credited, but the drum sounds have a sort of disembodied, Alesis SR16 air to them, while the DI'd acoustic guitar sounds as nasty as DI'd acoustic guitar always does, and the vocal sound is thin and sibilant. Sam Inglis