I forget who it was that said, “There are only two possible answers to the question ‘Do you like Jonathan Richman?’: ‘Yes’, and ‘Jonathan who?’” Members of London’s small but determined country scene seem to fall into the former category. Years ago, the Rockingbirds hymned his praises on their self-titled debut album, and now Easychair — who “played for many years as a bluegrass duo in London pubs” — have their own Jonathan-themed song. 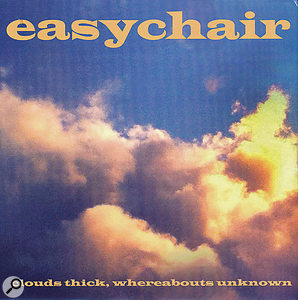 This, of course, is a reliable indicator of good taste, so it’s no surprise that Clouds Thick, Whereabouts Unknown is worth listening to. Apart from sporadic eruptions of banjo, however, Andy Brewer and Anton Pigott have mostly left bluegrass behind, in favour of an idiosyncratic, pastoral and identifiably English songwriting style which nicely balances the melancholy against the humorous. I can’t fault the playing or the production, and there’s a happy absence of trans-Atlantic accentry. It sounds as though Easychair have made the album they wanted to make, rather than aiming for the elusive ‘commercial appeal’, and it’s all the better for that. Sam Inglis

Popular culture is a fickle beast. One minute everyone’s making high-budget games and TV shows about organised crime, then it’s pirates, and right now it seems to be zombies: witness the fantastic Playstation epic The Last Of Us, TV’s The Walking Dead, Plants Vs Zombies on the iPad... and riding the crest of the undead wave are South Wales-based electro-rock concept band, Man Bites Zombie. Perhaps surprisingly, it’s actually rather good.

The zombie apocalypse aesthetic translates well to the concept-album format. Not only are there plenty of opportunities for gruesome lyrics about the best way to neutralise the afflicted, but Man Bites Zombie have also recorded some nice faux-news snippets and ‘audio diaries’ to use as song introductions. 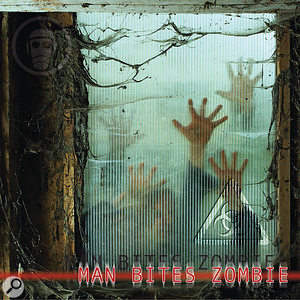 The music is produced well, in that glitchy, slightly industrial breakbeat/metal kind of way favoured by action-movie music supervisors and Top Gear producers. The performances are good too — the drums especially, which often use electronic sounds but which were played in live on a V-Drum kit, which helps maintain the ‘real band’ feel. Chris Korff

I’m not entirely sure how to describe Go Dream, other than that it’s very good. The album’s creator, Lukas Creswell-Rost, apparently recorded all of it at his own studio in Berlin (the one exception being the James Yates’ drum recordings, which sound excellent), and it’s quite the feat, especially in terms of songwriting and arrangement. 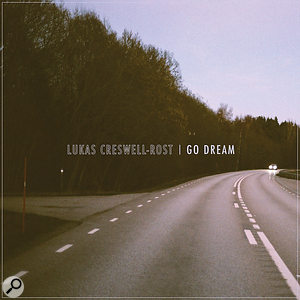 There’s definitely an ‘80s vibe, courtesy of some very long reverbs and distinctly of-that-time synth patches, but this is no nostalgia fest — some adventurous production techniques, such as heavily distorted drums and contemporary electronica elements see to that. Though there are definitely some pop sensibilities on show, I wouldn’t call it catchy — it’s a little too sophisticated for that, but then I prefer music that presents something of a challenge. Chris Korff

If movie genres could be applied to music, I’d file this album by Lunacybot (aka Ian Fleming) under horror. It really is quite an unsettling listen, but very deliberately so, and thus a fine achievement indeed. Laced with glitchy sound design and Warp-style brekcore (Milanese springs to mind as a good comparison), Cogito Ergo Sum does the fairly typical glitch thing of fleetingly demonstrating a fluent ability to create ‘normal’, accessible music — and then denying the listener precisely that. 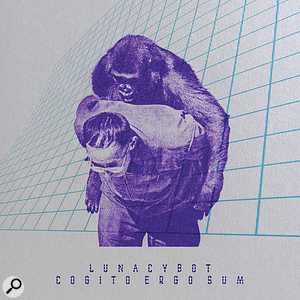 In between the ‘songs’ are some finely crafted pieces of sound design, the album ending with a 12-minute masterclass in the production of deranged audiobooks. That track is based on a sci-fi/horror novel called I Have No Mouth & I Must Scream, and even features spoken-word snippets from its author, Harlan Ellison, whose menacing recitations from the book form the basis of this deeply uncomfortable sonic journey. I can honestly say I haven’t been so disturbed by a piece of music since I first heard Ligeti’s music in 2001: A Space Odyssey. Chris Korff