CD Of The Month: The PaperPushers

Leeds-based funk outfit the PaperPushers have sent in a demo of three original songs which, I have to say, are pretty darn good. With so many bands playing funk simply because it's the only type of music all the members can agree on playing, it's refreshing to hear it both well played and well written.

The first track is reminiscent of One Hot Minute-era Chilis, but the layered female vocals and keys give their sound much more depth than your average funk-rock band. There are some nice jazzy influences in there as well, particularly at the end of the song, with its lush keyboard work and bass melodies. Track two features an awkward vocal line over cheeky stabs, designed to throw you off the groove, but doesn't fail to get the head nodding when you finally 'get' it. There's a good build-up to the more flowing chorus, which contrasts with the syncopation to great effect. Their last track is probably the most diverse, with a healthy mixture of rock, jazz and trip-hop, among other styles. This works surprisingly well, being both coherent and eclectic without sounding confused.

This band bring just enough familiarity to avoid alienating listeners, while still giving us something we've not heard before. It's very well produced for a demo, with no real flaws in the recording to speak of. If I were really nit-picking I'd say that the singer could have used a more flattering mic, as the vocals sound slightly congested at times, but the overall quality of the songs, the playing and the production are of a very fine standard. Chris Korff

With a package that consists of an unsleeved CD-R with handwriting scrawled over it, accompanied only by a sheet of paper torn from a reporter's notebook, you can't accuse the French Quarter of trying too hard. In fact, they've put in so little effort that it's amazing they got around to sending their demo off at all.

This display of laziness is in keeping with their music, which is so laid-back it could drown in the bath. The Scottish foursome create the sort of dreamy, psychedelic wall of sound that Joy Division might have if they'd all been victims of chronic fatigue syndrome. Guitars chime distantly in a haze of reverb, while the drumming is all pounding floor toms and cymbal washes, and droning keyboards envelop a practically comatose lead vocal.

It won't be to everyone's taste, but it works, and the reason is that everyone involved seems to share the same vision of how the band should sound. There's no great instrumental virtuosity on show, and the recording is as frill-free as the packaging, but what comes over above all is the sense of four people working together towards the same goal. What the French Quarter have that so many bands don't is a clear identity; and everything else will follow, if they can only get off their arses long enough to pursue it. Sam Inglis

The polar opposite to the French Quarter in almost every way, Yvonne Lake's demo arrives in a gold padded Jiffy bag, complete with artful promo photo and lovingly crafted press release. Musically, she strikes out for the promised land inhabited by people like Kate Bush, Regina Spektor, Natasha Khan and Björk, where avant garde production combines with ancient folk tales to create strange new musical worlds. You can't fault her ambition, but this kind of stuff is incredibly difficult to pull off with any degree of success, and unfortunately Yvonne Lake doesn't.

She's clearly unafraid to build entire tracks from brutal, noisy or plain weird sounds, which is as it should be, but the way she puts these blocks together just doesn't work. I suspect there's a monitoring problem in her studio, because everything is crammed into the same 1-2kHz area of the frequency spectrum. As a consequence, her tracks sound harsh and tinny, with no depth, and no sense of space to the mix. Her vocals are fried to a crisp when they should be luxurious, and they're buried in the mix when they should be the focal point around which everything else pivots.

The songs are also hamstrung by leaden and frankly lazy drum programming. Lake tends to set up a short loop and keep it going for the entire song, but this kind of music demands a much more subtle and varied approach, and when all the pitched sounds on offer are so heavily effected and treated, it won't do to have lame GM-style cymbal splashes rearing their ugly heads. It's easy to lose your focus when you're working on something like this, and although Yvonne Lake has no shortage of ideas, she might benefit from the perspective that a second pair of ears offers. Sam Inglis 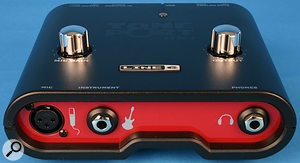 This month's lucky winners are The PaperPushers. 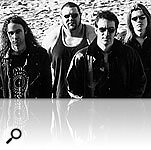 Whoever said that it was a good idea to include photos of the band when sending out a demo hadn't reckoned with bands that look like the Cloudminders. A picture is worth a thousand words, and the first words these pictures bring to mind are 'I think we'll just put this one straight in the bin without listening to it.'

There's so much wrong here it's hard to know where to start, but one obvious point is that the four Cloudminders — a Bowling For Soup ska-punk dude, two metalheads and Mike out of The Young Ones — don't look like they belong to the same band. Then there's the shots themselves. The moody, shades-on pout and feet planted, 'Look, a Zeppelin!' posture are to band photography what gated reverb is to audio engineering, except that they haven't yet been revived in ironic fashion. As for the dodgy Photoshop work on the cover... well, let's face it, if you still think The Matrix was the high-water mark of cool, what does that say about your music?

Resisting the temptation to put the CD straight in the bin, I heard a band whose confused image is reflected in their sound. The five tracks lurch between drippy acoustic pop and Living Color Lite funk-metal like Alan Partridge's iPod on shuffle. The playing is tidy, but the lyrics are eye-wateringly awful ('Space monkey, how'd you get to be so funky?'), and the heavy-handed mastering does no-one any favours. For what it's worth, the Cloudminders do funk-metal a lot better than they do pop, but they've got an uphill struggle ahead of them if they want to take it to a wider audience. Sam Inglis

Shomaha's press release describes them as a "Berkshire based post-progressive rock outfit", which is possibly not the most appealing way of introducing them, but certainly meets the requirements of the Trades Descriptions Act. There's a lot to like about their music, especially some marvellous, crunchy electric guitar playing which brings back fond memories of Richard Hawley in his Longpigs days. The rhythm section are as tight as anything, and although there's not much by way of hummable melody on offer, the songs keep your attention by taking off in unexpected directions.

If I have a criticism, it's that the recording is too clean for the music. Technically, it's faultless, but this is not a nice-sounding band in need of high-class reverbs and pristine drum sounds, and I can't help feeling that they would benefit from a drier, more aggressive and above all more characterful mix. It's no coincidence that the third song, where they put down their amplified instruments for a (presumably) home-recorded blend of acoustic guitars and lo-fi beats, sounds more atmospheric and engaging than the others. Sam Inglis

4 Small Things is a collection of instrumental tracks from seasoned synth-tweaker Patterns Of Life. He has been making music since 1986, apparently, so he knows his stuff about electronic music. You'd think so, at least, but unless he stopped listening to other people's music the day he started writing his own, I have to wonder what he's learnt in the last couple of decades. How to program horrible, grating leads? Which flute patch to use if you really want to prohibit people from taking your music seriously? Add a real gift for tasteless use of the pitch and mod wheels, and you might understand why I find this CD impossible to enjoy.

There might well be some decent musical ideas here, but I just can't see past the dated sounds to appreciate them. At times it sounds like euphoric trance, at others like the soundtrack to an old sci-fi B-movie, and at best like an ironic joke. If I had to guess, I'd say that Patterns Of Life has let the last 20 years of music technology innovation pass him by. While this may have been of a good standard for home-produced music back then, it sounds rather silly next to what is now possible on even the simplest DAW. Multitrackers, like the one used to make this EP, certainly have their uses as a recording solution, but for composition work using MIDI instruments and synths, I strongly advise Patterns Of Life to buy a PC and some sequencing software. Hopefully it'll be a real eye-opener. Chris Korff