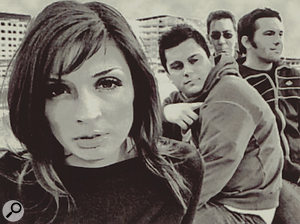 CD Of The Month: StrangeA demo

I have to confess I liked StrangeA before I’d even heard their music. You see, first impressions count for a lot, and the fact that lead singer Nicola Chambers looks a bit like a younger, sexier version of Carol Vorderman has done my opinion of them no harm at all.

Anyway, it’s their music that really matters, and I’m glad to say that it’s rather good. The first track, ‘Me & My Heart Of Stone’, is a pretty conventional pop-rock song, and while the instrumentation and arrangement isn’t very adventurous, with drums, bass and guitars playing a pretty standard descending chord sequence, the contrapuntal male and female vocals keep things interesting. So, too, do the embittered lyrics, which have more bite than you’d expect from something this radio-friendly.

‘Climb A Tree’ is a bit on the twee side, and wouldn’t be out of place in an episode of Dawson’s Creek, but since that’s obviously the sort of vibe they were going for, I find it difficult to fault. There’s clearly a very competent band behind the simple-but-effective backing, and the production is admirably slick (though I’d be inclined to turn the vocal reverb down a smidgeon).

Similarly, ‘Why Don’t You’ is catchy and funky, and of the three tracks here, probably best represents their slightly quirky brand of pop. I do have some reservations about the male/female vocal thing — the world does not need another Beautiful South — but all in all StrangeA have done a good job of walking the tightrope between mass appeal and schmaltz. I suspect that Nicola’s disjunct vocal melodies, sung in a British accent, will find a welcome home in the current landscape of UK pop. Chris Korff 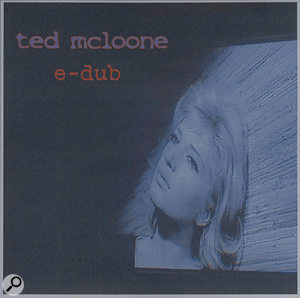 When conventional instruments and microphones are involved in making a demo, there’s always something to say in this column. The lead vocal suffered from a touch of sibilance, the bass was toppy, the snare sounded like someone thwacking a space hopper with a frozen haddock. Whatever. I just wish there was some equivalent in the world of abstract electronica.

I mean, take the last track on Ted McLoone’s EP. It’s a tasteful, organic ambient work built from kaleidoscopic pad sounds that fade artfully into one another over a period of minutes. So I assume that the periodic clicks and splats aren’t supposed to be there, but who knows? As far as Ted’s concerned, they might just have been the final touch that transformed it into a masterpiece of glitchtronica.

Actually, Ted’s music is not entirely abstract, and the first two songs in particular are centred around busy arrangements of sampled percussion. To me, this is his weakest suit, and the semi–random layering of assorted ethnic drum loops inescapably brings to mind the words “CNN is available in these fine hotels”. I much prefer his approach to synth programming and sound design, which has an appealing dark and textural quality. At least I think it does, but maybe Ted himself hates it. Who knows? Sam Inglis 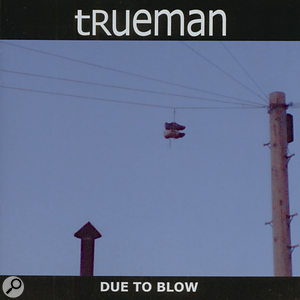 tRUEMAN Due To Blow

Sometimes, Playback CDs make your heart sink before you’ve heard a note. Like when bands misspell their own song titles. Or tell you that they “can’t be pigeonholed”, or think that looking moody in front of a brick wall will make for an imaginative album cover. Or, as in tRUEMAN’s case, when putting their CD into iTunes brings up the report “11 songs, 1 hour”.

Guys, Sergeant Pepper is less than 40 minutes long. Pet Sounds clocks in at 36. What could “an up and coming indie/folk band” from Middlesbrough possibly have to say that deserves an hour of our time?

Unfortunately, it’s not always easy to tell, because tRUEMAN have been a bit shy with the level of the lead vocal. That apart, though, an hour in their company passes surprisingly pleasantly. There’s no doubt that the album is much too long, but it is nicely arranged and recorded, and there are a lot of decent songwriting and production ideas on display. All three band members are good musicians, the two singers harmonise tidily, and in general it’s refreshing to hear something that is heavily ‘produced’ yet not obviously dependent on sequencers or loops. But when the average track clocks in at around six minutes, it’s no surprise that many eventually outstay their welcome. Sam Inglis 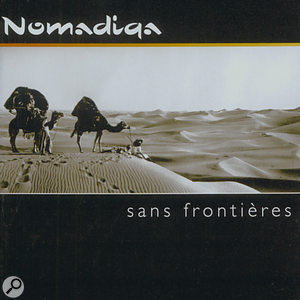 Nomadiqa’s first album is touted as world music, so as a fan of that particular genre, I was rather excited at the prospect of discovering the music of the Bedouin tribe that owns the camels on the CD’s cover. I made myself a mint tea, donned my tagelmust and stuck another coal on the shisha with a fresh clump of rose molasses. Fully prepared, I pressed Play, only to find a distinctly non-worldly evolving synth pad at the start of track one. Not quite what I had in mind — since when have Korg had distribution in Mali? (Is now the time to drop in the joke about the OASYS?)

I digress; had the inferno that was engulfing the shisha (and the resulting heat that forced me to throw my tagelmust across the room, knocking my freshly brewed tea over) not distracted me, I would have been disappointed. Needless to say, the ‘world’ novelty soon wore off.

Sans Frontiéres, however, does sound good. The instruments, of which there are a diverse range, are all incredibly well recorded: not an easy task with some of the more fragile thumb pianos and stringed instruments, I imagine. In fact, the sounds are so crisp that, at first, I thought this was an album of loops and construction kits. The tracks are almost surgically clean, with glistening reverbs and delays and sweet–sounding synth pads giving them a modern slant.

But there’s one more objection I have, and it’s a completely subjective thing: to my ears, didjeridoo does not fit alongside what could be a Celtic flute, some kind of Middle Eastern guitar and modern synththesized sounds. It simply feels wrong in my mind!

Though I’m not a huge fan, I can see where they’re coming from. The more upbeat tracks could quite easily be used to underscore a blockbuster movie chase scene, where Matt Damon or Bruce Willis is tearing along the rooftops of some medina or other in North Africa, followed, of course, by an attack helicopter.

I’d love to hear this lot on an entirely acoustic album. One mic and a good room — go on, give it a try! Chris Mayes-Wright 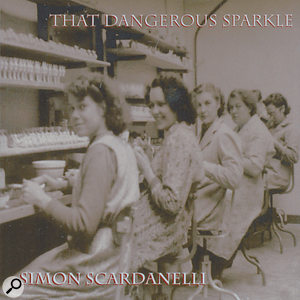 When someone tells you that they’re writing a PhD in “acousmatic composition”, and were heavily involved in the New York anti-folk scene in the early ’90s, you expect their output to be challenging and obscure. So it’s a surprise to find that there’s very little on Simon Scardanelli’s album that would be out of place on Radio Two.

Apart from the atmospheric textures that bookend some of these songs, the fruits of Simon’s “acousmatic principles” seem to be what you or I would describe as, well, synth pads. Nice ones, for the most part, but pads nonetheless. These are sprinkled liberally over a selection of neatly executed but largely conventional guitar–based songs, most of which lean towards the ‘epic ballad’ school of songwriting. The mixes and arrangements in general have a rather ’80s feel to them, owing partly to some rather cheesy electric guitar sounds and partly to the heavy application of reverb.

By far Simon’s greatest asset is a fantastic singing voice, and he makes full use of its capabilities here. His performances on tracks such as ‘They Dance’ bear comparison to the likes of Scott Walker, while elsewhere, as on the album’s sprawling centrepiece, ‘Risky Business’, he essays a more theatrical spoken approach. Sam Inglis 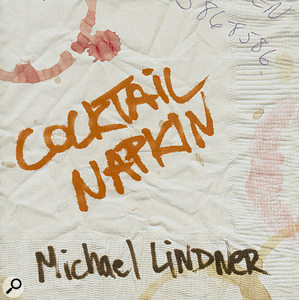 There’s something uncanny, in the Freudian sense, about Michael Lindner’s album. All of the elements that go to make up his music are conventional to the point of being retro. There’s nothing particularly radical about his playing techniques, he rarely uses obvious effects or processing, he doesn’t experiment with feedback or noise. And yet Cocktail Napkin is deeply, profoundly weird. It’s the aural equivalent of a David Lynch movie.

The strangeness is particularly apparent on the four covers here. Lindner has tracked down some of the creepiest songs of the ’50s and ’60s, most notably Jody Reynolds’ ‘Endless Sleep’, and arranged them with a brutal minimalism that makes the Flying Lizards sound like ELO. Together, his one-note bass lines, distant vocals, surf guitar washes and unprovoked war on hi-hats add up to something that verges on the disturbing. Sam Inglis 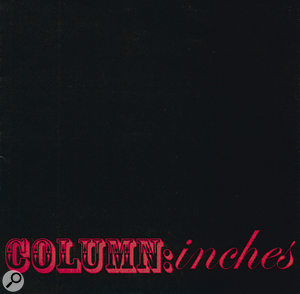 “I want a lightshade” is not the most obvious opening line to a song, but as it’s the only intelligible phrase on Steven Separovich’s entire CD, I assume that’s what he meant to sing. His fondness for the vocoder has made the rest of the vocals entirely incomprehensible, which is a pity — not that, in all probability, it’s depriving the world of a new Dylan.

In other respects, Steven displays a confident grasp of the fashionable electro-pop sound, making liberal use of analogue bleeps and squelches. His drum sounds are appropriately primitive, yet still powerful, and his mixing always puts the right sounds right in your face. Yet the lack of a human voice, and any comprehensible lyrics, means that his music lacks the individuality and character to stand out from the crowd. Sam Inglis

Sound On Sound are proud to announce Breed Media as the new sponsor of Playback. Each month, Breed Media will be giving away a run of 1000 CDs to the lucky winner. This amazing prize will be professionally pressed by Breed Media, and includes glass mastering, full-colour print, cases and delivery — worth over £700!

This month’s winners are StrangeA.

In last month’s Playback, we described Pete Martin’s album as sounding “like a 56k MP3 file”, and it turns out that there’s a good reason for this: that’s exactly what it was. A slip of the mouse button caused Pete to burn his promo CD from low-res MP3 files rather than the proper WAV versions, and earned him some harsh words in Playback. “I am aghast at the enormity of this schoolboy error,” says Pete, and he’s since sent hi-res versions which sound excellent. The moral of the story is, of course: always listen to demo CDs before you send them out...