Why do musicians see value in the music they write but not the software they use to write it?

Ten years ago I wrote a Sounding Off bemoaning the state of copy protection in music software. At the time, the process of authorising software was becoming increasingly convoluted, and my intention was to lampoon developers for the tedious ways they tried to protect their wares at the expense of the user. 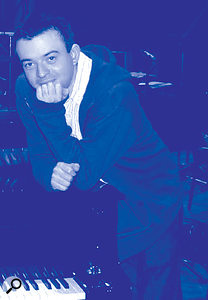 Since writing that column, I’ve become ever more frustrated with copy protection. There are more walled gardens than ever and I know I’m not alone in having to maintain a document detailing the various user names, passwords, serial numbers, blood type, next of kin, and so on, required for authorisations. For some companies, your email is the user name. Others require something more original. Each has a different password strength prerequisite, making it impossible to use the same one over time. And frankly, if the Russians want to exploit my using the same password with multiple developers to gain access to a crumhorn library, that’s a sacrifice I’d be willing to make.

Copy protection has always been present in the world of music software. Even back in the seemingly halcyon days of the 1980s when the Atari ST reigned supreme, we had dongles. We had floppy disk-based protection requiring the original disk to be present in order for the programme to run. But then, as is the case now, these defensive measures were usually defeated and few programs could claim to never having been successfully cracked.

Of all the domains of software I’ve used over the years, it’s always struck me that music software is the most obtrusively protected. It would be facile to claim musicians are simply more dishonest (though many might be lacking in funds), but I think there are two key factors that explain why the use of copy protection in music software has been, and remains, an inevitability.

Firstly, musicians are, for the most part, used to buying hardware — guitars, synths, controllers, headphones, and so on — and hardware has an easier to grasp, visceral value. But when the physical started to become virtual in the ’80s, it arguably became harder for people to recognise the same value in a software sequencer as they had for a hardware sequencer. After all, you’d already paid for the computer, right? This has an obvious parallel with what happened to the music industry in the late ’90s. While stealing a CD from a record shop was clearly understandable as a criminal act, somehow downloading an MP3 from Napster was not.

The second factor stems from the reality that music software is a niche industry. Obviously people use — and have used — unlicensed copies of Photoshop, Office, Windows, and so on for years, but it comes down to economies of scale. As Charlie Steinberg put it, when asked by Paul White way back in the January 1995 issue if piracy had built inertia for Cubase, he replied: “It was a real problem actually. If your name is Microsoft and you sell millions of products, it doesn’t really matter so much, but when you are a small company it is very dangerous.” If you’re selling enough of your product, you can absorb a certain amount of piracy, although even Microsoft felt the need to do something about this, introducing product activation with the release of Windows and Office XP in 2001.

Piracy in the music industry was eventually tempered by legal, frictionless alternatives to illegal downloads. But when it comes to music software, I’m not sure many would use that particular F-word over another.

Ultimately, I think there needs to be greater responsibility on both sides of the aisle. Musicians need to appreciate the value of software, which is perhaps an ironic observation given that they themselves make money from intellectual property in the same way as developers. But equally, developers need to respect their customers and not penalise legitimate users with clumsy copy protection. And if you’re someone who feels compelled to preach about how little musicians get paid these days because of technology (or you endorse such opinions on social media), do at least ensure the software you use to create your own music is legal.

Mark Wherry was too busy downloading a Torrent to write a biography.