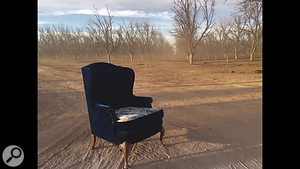 I found Snarky Puppy’s recent Grammy-winning instrumental album Culcha Vulcha rather thought-provoking from a mix perspective, and this track provides as good a vehicle as any to explain why. It’s all to do with how a mix engineer uses impressions of space and depth in the service of the production. In this respect, you can locate most records somewhere on a continuum between two extremes: productions that aim to reflect the acoustic experience of a real-world performance, albeit perhaps in an unrealistically idealised form; and productions which play fast and loose with notion of acoustic ‘reality’ in pursuit of an evocative or arresting spatial confection.

On the face of it, this record falls towards the latter extreme, with frequent stark contrasts between fairly natural-sounding traditional acoustic signatures (eg. the drums and horns at 0:30), totally dead direct-injection sounds (eg. the solo bass at 2:00 or the synth breakdown at 6:09), and some clearly synthetic delay effects (eg. on the keyboard stabs at 0:45 or 3:56). Yet there are also extended sections that seem to be trying to bond into more of a cohesive ‘band’ sound: the drums, horns, and percussion at 0:25-1:05 and 2:45-4:35; the opposition-panned piano riff and drum kit at 4:35-5:55; the funky bass, horn riff, and huge (double-tracked?) snare backbeat at 2:05-2:40 and 6:15-7:50. All of which I find rather disconcerting, to be honest, and not entirely convincing as a listening experience. On the one hand, the jarring juxtapositions seem rather arbitrary, such that they don’t appear to serve any wider musical purpose once the superficial appeal of ‘wow, cool effect!’ wears thin. And, on the other hand, the more traditionally cohesive sections seem like a bit of a cop-out, as if they’re relapses back into some kind of comfort zone rather than real journeys of artistic conviction. It’s all very flashy, but somehow ends up lacking much in the way of real sonic identity.

Now, clearly this kind of thing is tremendously subjective (as well as being fiendishly difficult to express in print!), so I would encourage you to check out this record for yourself and make up your own mind about this. While you may not agree with my assessment, it does pose a variety of fundamental technical and aesthetic production questions that I think any mix engineer would do well to ponder. Mike Senior 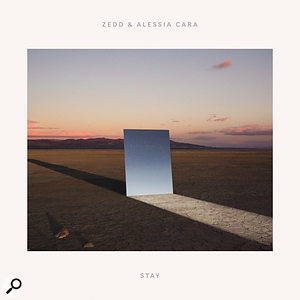 What a fantastic vocoder-like sound they’ve achieved here! And by using it as the backdrop for the lead vocal, the consonant impact remains good, side-stepping the common problem that synth-generated carrier signals usually have too little upper-spectrum energy to generate clear ‘S’, ‘T’ and ‘K’ sounds. All’s not totally peachy on the lyric intelligibility front, though, as Alessia’s line “the clock is ticking” has such a weak ‘L’ that the accompanying clockwork Foley seems like all that’s saving it from a Tipper sticker! Mike Senior

Back in December 2014’s column, I raved about this band’s debut single ‘Figure It Out’, a record that still induces age-inappropriate levels of pogo-ing enthusiasm every time I hear it. So I could scarcely contain my glee when their second album recently punctuated Ed Sheeran’s long-term residency at the top of the UK album charts. Musically, the band pretty much follow an ‘if it ain’t broke’ policy, but I’m not complaining, as their stripped-back, rifftastic rock formula remains as effective as ever. 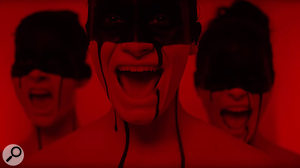 From an engineering standpoint, though, it’s all change. The overall mix tonality feels much more open and wide-bandwidth, with a real sense of low-end extension and weight from the bass guitar, and more solidity and weight in the kick. The stereo image also feels considerably wider and more airy, and the whole drum sound feels richer and more ‘mature’, for want of a better description. The snare in particular achieves a more solid and convincing tone, with a super-dense room sustain that competes much better with the guitar distortion and increases the kit’s overall impression of power. The toms are clearly fuller too, and the cymbals feel a touch smoother, without their previous whiff of 8kHz harshness. The vocals retain the eminently suitable re-amped timbre, generating the sonic density they need to withstand the drums and distortion onslaught, but the singer’s timbre’s is clearer and more forward, with better lyric intelligibility.

All of which makes Royal Blood’s second album that rare commodity: a sophomore outing that preserves the duo’s essential musical appeal while substantially upgrading the mainstream competitiveness of the sonics. True, the first record boasts a touch more ramshackle indie cred, and the increasingly layered backing vocals occasionally feel a touch glossy for this context, but if the general ratcheting up of production values encourages a wider range of punters to support this fantastic band, it’s a price well worth paying.

I wonder how many other fans listening to this song first time around will think their media player’s skipping when the drummer hits that brilliantly insane repetitive three/16th-based fill at 2:28? Mike Senior 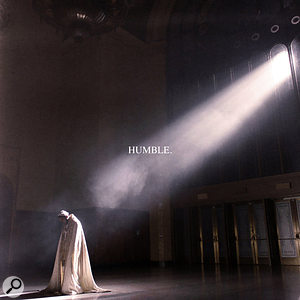 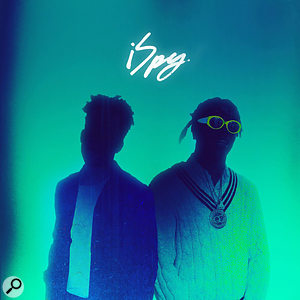 Despite similarly silly titular typography, these two hip-hop productions are starkly contrasted in terms of their bass lines. On the one extreme, the bass in ‘HUMBLE’ (first heard at 0:07) adheres to mainstream mixing lore by being resolutely mono, thereby maximising the bass power whether the music emanates from two speakers or one — although at the expense of any sense of low-end ‘envelopment’ for the listener. At the other extreme, Kyle’s bass (which arrives at 1:04) is norm-defyingly stereo, pushing as much level into the mix’s Sides component as it does into the Middle. There’s no denying that the wide, immersive warmth of the timbre is certainly impressive, but the moment you pipe it through any distributed mono PA system you lose a good deal of bass weight, and the same mix damage will also occur on myriad in-car and home-theatre speaker setups which feature a single subwoofer.

In some music styles I could maybe conscience this kind of stunt simply for its sheer stereo wow-factor, but in hip-hop I honestly think ‘iSpy’ is a bridge too far, especially since Kyle’s bass track could have been summed to mono below, say, 80Hz to maintain more low-end weight without substantially reducing the effectiveness of the enfolding width impression. Mike Senior 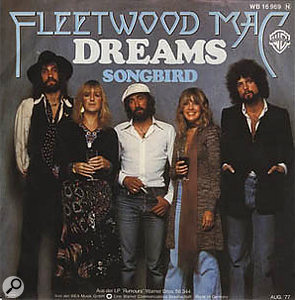 This song, the band’s only US number one single, is unusual in that the original live-session lead vocal ended up in the final mix, according to engineer Ken Caillat in SOS August 2007. (They tried repeatedly to better it, without success.) It’s also interesting that Stevie Nicks’ mic was a dynamic model (Sennheiser’s MD441, as I understand), not a large-diaphragm condenser. Now, clearly this deprives the singer’s timbre of some ‘air’ and intimacy compared with many modern records, but the compactness and density of the mid-range nonetheless allows her to hold her place assertively in the balance, as well as giving tremendously robust vocal transmission under low-bandwidth playback conditions such as AM radio.

Approaching this song with my engineering hat on, after many years of simply listening as a punter, I was surprised how extended the depth perspective was. Those brutally dry drums join the present bass sound to define a nice close foreground boundary, with the vocals (and their dusting of what sounds like chamber reverb) slightly in their shadow, while the middle ground is occupied by the electric piano and electric guitar by virtue of the former’s restrained tone and the latter’s swirly effects. Then the rear boundary, already hinted at by the vocal reverb, is set way back by the chorus section’s super-ambient high organ/synth line. My only slight reservation is that the backing vocals end up feeling further forward than the lead during the pre-choruses because of their airier, drier mix sound, and I do find this a little distracting. That said, this aspect of the balance works a lot better on a single Auratone, so it’s conceivable that the balance was targeted specifically to maximise the band’s mass-market appeal via the primarily mono and bandwidth-limited radio systems common at the time.

I love the low-end weight in both the kick and the snare, but the way the kit’s mixed overall is otherwise somewhat thought-provoking. I wonder, for instance, whether there’s just the one overhead mic, given that the hi-hat and all the cymbals seem to emanate from the mid-right location — for example, the two crashes at 3:04, and what sounds like a ride tap at 1:28. (Back in the days of 24-track tape, it wasn’t uncommon to ditch one side of a stereo-miked source if you needed to free up another track for overdubbing.) Further evidence for this is that the toms also sound much fuller in the mix’s right channel. However, the toms are also clearly spread across the panorama in stereo (for example, during the fills at 1:19 and 3:36), and yet somehow also sound too diffuse in comparison with the kick, snare and hi-hat for me to believe that they’re coming mostly through close mics, so it’s a bit of a conundrum. Whatever the reason for it, though, this depth disparity between the toms and the rest of the kit again bugs me a bit.

Were I evaluating the chorus’ acoustic guitar sound on its own terms, though, I’m sure that would bug me a lot more! Go on, focus your attention on it — it really is ridiculously thin and scratchy! What mostly redeems it in my mind, though, is its arrangement context, where it’s effectively filling a percussive role, becoming a kind of tuned shaker counterbalancing the hi-hat’s rhythmic pulse on the other side of the stereo panorama. Again, though, the hard panning and super-bright transients pull it very upfront for stereo hi-fi listeners, so personally I still struggle to reconcile myself to it wholeheartedly. Mike Senior