I mixed a song recently for a friend who has a bare‑bones Pro Tools rig. He wanted to use my project as a template for the rest of his album, so we came up with a plan. I would mix a representative song using only the bundled Pro Tools plug‑ins, and use the Comments field in each track to explain what I was doing with them. I hope the experience was as educational for him as it was for me. 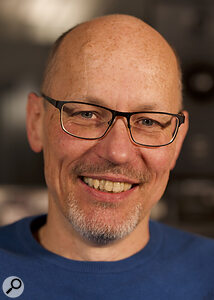 Sam Inglis.Putting 95 percent of your plug‑ins off‑limits, and describing in beginner‑friendly terms what the others are actually doing, makes you realise how much of what we do is pure habit. Take drums, for example. Under normal circumstances, there are three third‑party plug‑ins that I use on pretty much every drum mix: Sound Radix’s Drum Leveler, Eventide’s Precision Time Align and EastWest’s QL Spaces 2 reverb. Having to do without them made me realise exactly why I reach first for those plug‑ins, and not the many other, outwardly similar, processors in my plug‑in folder.

I want my plug‑ins to be versatile, in that I expect to find them useful in nearly every mix. But I don’t need them to be versatile in the sense of doing lots of different things. This was brought home to me when I got results much faster with the old and basic Pro Tools compressor and EQ plug‑ins than with the newer, all‑singing Channel Strip. It’s not that those ancient plug‑ins have some vintage magic; it’s that they offer the right tool set to let you focus on what you want to achieve. The very best plug‑ins embody that philosophy to an even greater extent.

Plug‑ins are not like hardware. There’s no real limit on how many you can fit in your plug‑in folder. It’s not a criticism to say that a plug‑in is only useful for one thing, because there’s nothing to stop you buying other plug‑ins to do everything else. What matters is whether your plug‑in does that one thing better, quicker or more easily than anything else. Perhaps, as in the case of Oeksound’s Soothe, it’s the only plug‑in that does that thing at all. Possibly it does something you can’t even describe, but happen to like the sound of.

As it happens, my go‑to drum plug‑ins are all useful on other sources too, but as far as I’m concerned, that’s just a bonus. Even if QL Spaces 2 only contained the 10 or so reverb patches I routinely use on snare, it’d arguably be worth the asking price for that alone. And that’s why it’s among the plug‑ins I nominated for this month’s cover feature. Deciding on my own nominations was a fascinating exercise, but it’s been even more interesting to read about the choices of other SOS authors and the reasoning behind them. I’ve certainly come away with a long list of must‑try plug‑ins, and I’m sure you will too. And if you currently have a bare‑bones recording setup, don’t expect it to stay that way for long!