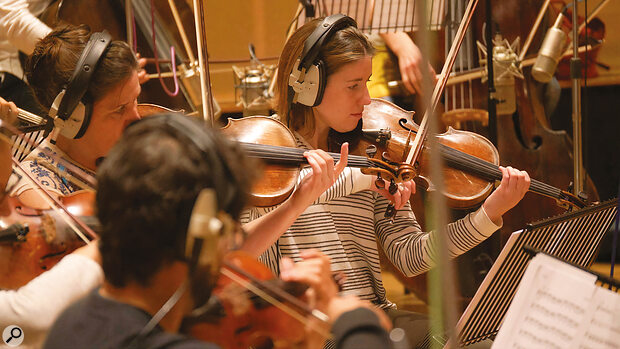 Back in July 2017 I reviewed the thunderous Drums Of The Deep library issued by the young London‑based company Auddict. Since then this productive outfit has released a host of orchestral‑flavoured sample collections along with the intriguing PercX instrument, which impressed SOS reviewer John Walden in May 2020. Outside of the sample library world, Auddict founder Dorian Marko has been busy recording and producing a piano concerto, thus underlining the fact that this company really is ‘run by musicians for musicians’. 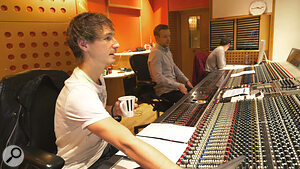 An Auddict library which caught my ear (actually, both of them) is Angel Strings — mercifully, not another half‑arsed homage to the non‑existent supernatural flying beings, but a more down‑to‑earth name check for the London studio where it was recorded. As I’ve written elsewhere on these pages, Angel Studios was one of my favourite places to work and had become my go‑to strings recording studio before the death of its owners sadly forced its closure at the end of 2019.

The last session I did at Angel (recording strings on Swedish band Opeth’s In Cauda Venenum album) reminded me how great it is to work in a top studio: the players were on splendid form and whizzed through the arrangements in record time, while the studio and staff lived up to their usual high technical and professional standards. It’s therefore a pleasure for me to help celebrate the studio’s creative legacy by taking an in‑depth listen to Auddict’s Angel Strings Vols 1 & 2.

This collection represents Auddict’s second collaboration with the United Strings Of Europe (aka USE), a contemporary string ensemble formed at London’s Royal Academy of Music in 2012. The members are leading chamber musicians and principal orchestral players who teamed up with a view to forming a five‑star performing group, and judging by the musical quality of their videos, I’d say they’ve succeeded admirably.

For this project the makers recorded a full string orchestra of first and second violins, violas, cellos and double basses performing together in Angel’s Studio 1, carefully balancing and blending the instruments over a six‑octave range to ensure tonal continuity. The samples were then mapped into Kontakt instruments containing multiple articulations. This ‘full strings’ presentation means you can play the section with both hands, making this library an ideal sketching tool as well as a convenient, easy‑to‑use strings resource for MIDI arrangements.

At the time of writing Angel Strings consists of two volumes: Vol 1 (34.5GB installed) contains the main articulations and musical effects, while Vol 2 (10.1GB) provides ‘flurries’, explained in the box below. It seems the original idea was to cram the more specialised styles and textures into one bumper second volume, but on reflection the makers decided to issue the material as a series of smaller, expansion‑pack‑style libraries, enabling users to save their cash and cherry‑pick the articulations they need. The two volumes share no samples, and Vol 2 does not require Vol 1 to run.

Both libraries require the full version of Kontakt 4 and up (I played them in Kontakt 6 with no problems). Vol 1 does not work with the free Kontakt Player, but Vol 2 will run on it for 10 minutes, after which you have to reload the player. The samples are supplied as zip files, so during installation you’ll need approximately 60GB and 20GB of disk space respectively to accommodate the zipped and extracted files.