The green trace shows the residual noise floor (at minimum gain) of the first production batch of DMPs, with mains-related harmonics peaking some 35dB higher. The purple traces show the background mains hum being picked up by the AP test set through its audio cabling.

This plot shows the considerable reduction in the amplitude of mains harmonics after the GOSS band modification added to later production units, and available as a retrofit for the earlier units. 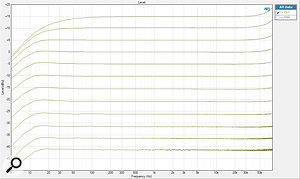 A set of frequency responses at different gain settings from the DI input. The response is extremely linear with a wide bandwidth at low and moderate gain settings, but reveals progressive LF roll-off and a tendency towards an extreme HF resonance at high gains. 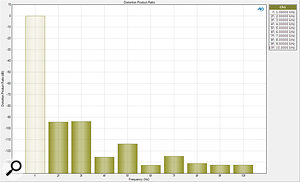 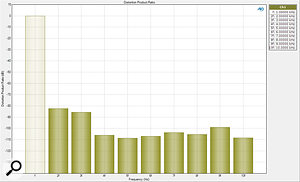 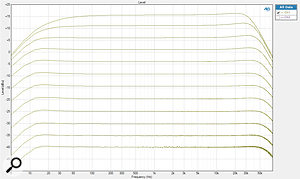 Overall frequency response of the microphone preamp at all gain settings. The response is very linear for gains below about 50dB, with subtle but progressive bass roll-off and HF brightness increasing at higher gains. At extreme gains the bandwidth starts to be curtailed quite dramatically above 30kHz.