Altus, Cantus and Shevannai are three voice‑based sample libraries in Kontakt format. Created by Eduardo Tarilonte, who brought us titles such as Desert Winds, Epic World and Forest Kingdom, his trademark lush, warm production is in evidence throughout. Although the vocal performances were recorded dry for greater versatility, a spacious reverb is included and sets them off perfectly.

The smallest, Altus occupies just over 1GB of hard-disk space with the other two around 2.5GB each. All three libraries consist of main vocal instruments, appropriate chants or phrases, plus a number of soundscapes — evolving pads and the like.

Altus features the melodious vocal talents of counter tenor José Hernández Pastor. Although a classical counter tenor covers a comparable range to an alto, here the Kontakt instrument spans just over an octave, which is slightly limiting in terms of key. This Best Service opus is best suited to a Renaissance or Baroque setting. The library's highlight is its haunting solo voice, its realistic legato and slow or fast articulation chosen by how smooth or hard you play. 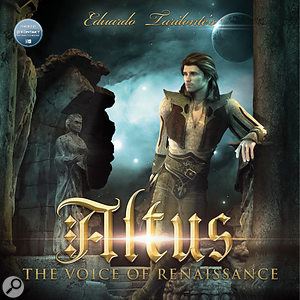 In common with many Kontakt instruments, performance nuances are selected by the left hand, with the pink keys offering five different vowel sounds, the green keys selecting up to 26 Latin words — not exactly a huge vocabulary. You can dynamically choose from commonly used words such as 'agnus', 'deus', 'gloria', 'kyrie', 'mortis' and 'regina', picking through the individual syllables and slipping in vowels to taste. With the use of portamento and legato‑extended vowels, plus an expression slider to vary the dynamics, the main Altus voice possesses a convincing and fragile beauty. In tone it contains qualities not present in the female voice or castrati, but somewhere in between. A selection of inhales and sibilants further boost the impression you have a human vocalist at your beck and call.

Turn on 'Word Builder' and the green keys are gone, replaced by 20 peach‑coloured keys that select up to 20 complete phrases. These are user‑designed from the syllables of all available words with additional fun to be had by randomly dropping in vowels. While this will rarely lead to coherent results, only Latin scholars are likely to mind. Whether by luck or design it's very difficult (if not impossible) to construct rude or silly words, not that I gave the task more than half an hour of effort.

A secondary instrument, 'phrases' is loaded with 130 sung phrases. You can vary the start point and playback speed of the samples, adjust the reverb level and perform basic envelope shaping, but generally the phrases are to be replayed 'as is'. Altus is topped off with a batch of soundscapes, the majority of which are high-quality atmospheric pads. My favourite was the wonderful and evolving 'Hidden Crypt', which could have come straight from Tarilonte's Epic World. 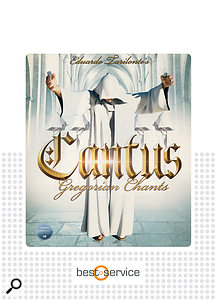 Similar in style to Altus, Cantus features a similar (but not identical) batch of 24 Latin words. The vocals are beautifully performed by a genuine Gregorian Monk Ensemble and are thus ideal for composers requiring the sound of the Middle Ages — or for Enigma tribute bands. Sung majestically over an octave and a half of keyboard, all available words and vowels are readily switched in performance, with breath noise and sibilance given separate key ranges in batches of blue notes. In common with the other instruments, you can turn off 'Solo' and play chords, although I found the results mostly strange and unnatural.

The Word Builder function works in the same way as described earlier. In this case up to 26 sentences can be selected by key along with the regular vowels. In addition there's a 'special Mmmh articulation' that's perfect for monkish hums. Having experimented with vowels and syllables and built a few sentences, you're ready to perform them, which, with practice, can sound surprisingly varied and natural. For more chants than you're ever likely to need, there's a dedicated instrument with 20 prepared chants split into multiple phrases. These chants alone add up to around an hour of music! To finish off there are soundscapes, as before, and some of the ambient pads contain strange, other‑worldly components. Amongst them is a lovely patch, 'Monks Vox', consisting of just the five vowels selectable by key. It's one of the nicest choir patches I've played in a while.

Shevannai is the last of the trio and features Lara Ausensi as an elf maiden with a wider vocal range than the rest: two octaves of spine‑tingling magic. Recorded without vibrato, there's no mistaking her voice's ethereal charms. These can be augmented by vibrato and reverb, plus a selection of release samples and inhalation noises. 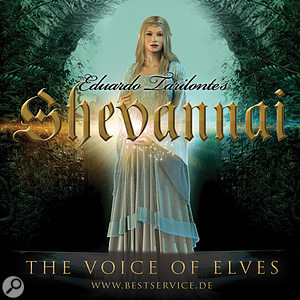 I had thought elves were rare these days, but with well over 4000 samples in this collection, it seems those who didn't 'sail into the West' are very talkative. In total there are 33 words, 27 staccato words, 52 elven phrases, 57 whispered elven poems and 110 different short whispers. This is a surprisingly useful resource, whether for New Age CDs, fantasy video games or fantasy films — not exactly a tiny market. But there's more. Lately, I've noticed it's increasingly common to be grilled about the meaning of any foreign vocal samples as library music companies try to avoid offence. The neat thing about singing in elvish is you're unlikely to offend anyone — except possibly members of the Tolkien Society who, at worst, will grumble quietly amongst themselves before returning to their real ale and pipeweed.

Of the other notable components of Shevannai, I enjoyed the phrase instrument with its 100 phrases in eight different keys. There's also a series of whispered phrases and, of course, soundscapes that are almost complete tracks by themselves. Shevannai's pure and haunting tones make it, for me, the jewel of these vocal collections, but all have something to offer. Paul Nagle