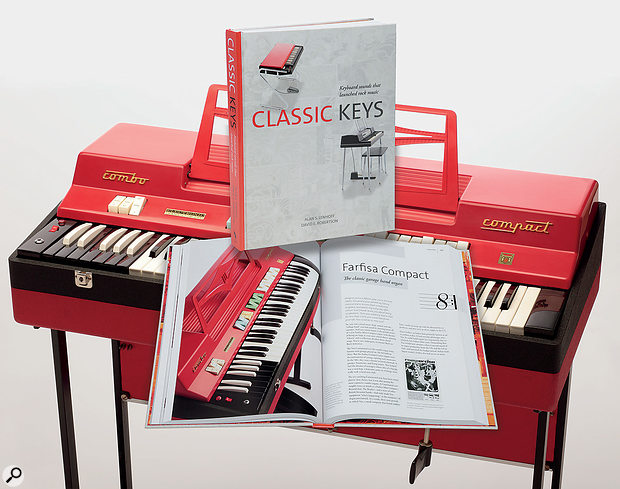 Electric and electronic keyboards played a massive role in shaping the development of rock and pop music throughout the 20th Century and beyond, from the early electro-mechanical organs and piano-like devices to more sophisticated and versatile electronic keyboards and synthesizers. Many are instantly recognisable and are rightly famed for introducing unique sound characters now associated with individual specific classic hit tracks and even for creating entirely new musical genres. 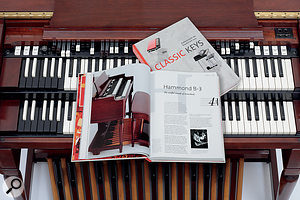 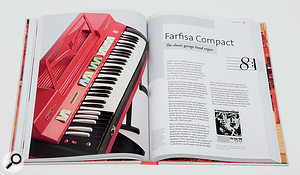 Alan Lenhoff and David Robertson are both devoted admirers (and experienced users) of classic keyboards and, together, they have created a marvellously impressive book (University of North Texas Press, ISBN: 9781574417760) detailing these instruments in great depth and breadth — and with gloriously detailed photographs throughout. It's a very large (240 x 320 x 25 mm), heavy book, with over 400 pages of fascinating content divided into 17 chapters. Most chapters devote around 15 pages to a single instrument, describing the developmental history, construction and operating concepts, restoration issues and tips, associated musicians and recordings, and a wealth of other interesting and often little-known anecdotes and facts. The first three chapters really set the scene for the very earliest development of electric and electronic keyboard instruments. Thereafter, individual chapters are devoted to the Hammond B3, Wurlitzer piano, Hohner Pianet, Vox Continental, Farfisa Compact, Gibson G-101, Rhodes piano, Hohner Clavinet, Mellotron, RMI Electra-piano, Yamaha CP70B, and the Moog Minimoog.

I became completely engrossed in this book within seconds of opening the cover. It is very readable and generously illustrated throughout. 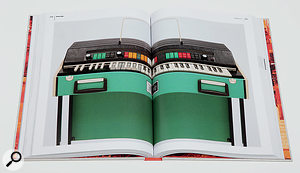 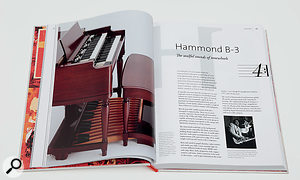 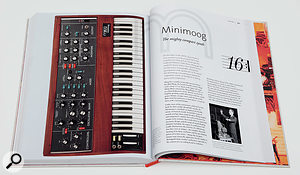 There's also a chapter on the rise of the Japanese keyboard manufacturers like Roland and their forebear Acetone, as well as Yamaha, Korg, Kurzweil and others. Pretty much every significant keyboard and synth ever built and used professionally in the studio or on stage throughout the 20th Century, from the 1930s to the 1980s is at least mentioned somewhere in this enthralling and astonishingly comprehensive book. All that is, apart from the Yamaha CS80, a rather curious and disappointing omission (although its big brother, the GX-1, gets a brief mention). The final chapter concerns the collecting of vintage keyboard instruments, and some personal experiences and advice regarding their restoration. 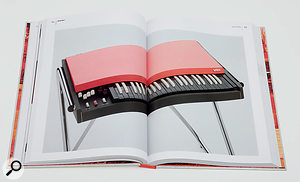 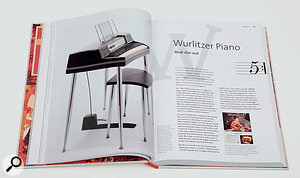 I became completely engrossed in this book within seconds of opening the cover. It is very readable and generously illustrated throughout, celebrating the history, technology, innovation and application of so many classic instruments with an obvious love, respect and, at times, humour too. The depth of information and breadth of anecdotes and fascinating insights into the mechanical and electrical workings of the instruments, some of which I previously knew very little about, is almost overwhelming.

As a lifelong fan of Hammond tonewheel organs, I like to think there isn't much I don't know about them, but I learned several really interesting new things from this book — and not just about Hammonds, either. I also found myself returning frequently, just to look at the pictures and discover more gems I'd perhaps overlooked or skipped past on my first read.

For anyone with more than a cursory interest in the classic keyboard instruments, the outstanding quality and breadth of content in this magnificent hardback book (an e-book version is also available) easily justifies its price and I really can't recommend it highly enough. It should be required reading for anyone considering a career in the audio industry, whether as a performer or an engineer/producer!