The latest incarnation of Fluid's unusual FPX7 monitor retains the innovative use of a concentric ribbon tweeter while offering a significantly more pleasing tonality.

Back in the August 2016 issue of SOS, we reviewed Fluid Audio’s FPX7, an active monitor unusual for its incorporation of a ribbon tweeter into a dual‑concentric design. While we praised Fluid for their adventurous design, and indeed found the ribbon tweeter itself to be a “great‑sounding unit”, our reviewer, Phil Ward, had some reservations about the speaker’s overall tonality.

Following the review, Fluid Audio contacted us to say that they suspected our review speakers had come from a very early production run, and that many of our criticisms related to the speaker’s voicing had been addressed. So, they sent us a new pair and, lo and behold, they were right! Phil Ward gave the later set a thorough workout, and took some fresh FuzzMeasure Pro measurements into the bargain, and concluded that they were now a “significantly better speaker”. 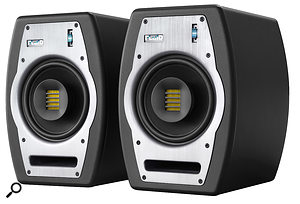 “The measurements show they’ve re‑voiced it and tamed the tweeter quite a bit,” Phil told us. “But also, generally, it all hangs together much better. It’s more rounded, and not trying so hard. The mid‑range coloration seems to have been tidied up too. It’s gone from being a speaker I didn’t mind putting back in its box, to one I’m happy to have sat either side of my workstation” — high praise from Phil Ward, especially when you consider the last few monitors he’s reviewed have been almost an order of magnitude more expensive!

The online version of the review has now been amended, and we can now confidently recommend auditioning the FPX7 to anyone in the market for a nearfield monitor around the £750 mark — especially if the combination of point‑source speaker and ribbon tweeter appeals.

For posterity, the original review can be read at www.soundonsound.com/reviews/flu.... While our criticisms therein have been addressed, the fundamental description of the FPX7's electro-acoustic design work remains valid.