Their name might conjure up some disturbing images of ornithologically dubious (and probably illegal) sexual practices, but their music, mercifully, is a little less niche. Kinky Dove’s Playback submission is an intriguing mix of rock and electronica, made all the more intriguing by the wildly contrasting yet complementary male and female vocals that are the record’s centre of attention. 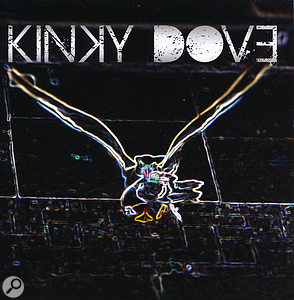 Scott Wade, the album’s architect, has a theatrical, Mike Patton-esque delivery that works well against Sulene Fleming’s powerful rock wailings, and that dynamic, combined with the angular production style (including hard-panned guitar parts and tight, biting drums) gives the LP a distinctly cabaret vibe at times. Perhaps most importantly, however, it doesn’t really sound like anything else I can think of, and that’s to be celebrated. Chris Korff

Back in my day, when all this was lush, green fields, we used to give albums proper names — evocative titles that summed up the mood of the music; sometimes just a word, or maybe a line from a song that captured the spirit of the record. Apparently people don’t do that anymore, which is a shame. 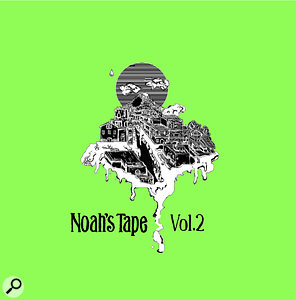 On the bright side, people do still make wonderful music — as demonstrated by Berlin-dwelling Jessica Nay, aka Noah’s Tape. Volume 2 is a luxuriously produced four-track EP of downtempo electronica, la Air, or perhaps Röyksopp. It really is a very slick production, with well-programmed synth parts (courtesy of a DSI Tetra, I’m told) sitting comfortably alongside spacey, heavily effected guitars and lo-fi drums.

What sets Noah’s Tape apart from others in the comedown-electronica genre, though, is that her songs are exactly that: they’re songs, not just tracks. Her singing is heartfelt, and the lyrics are evocative — angsty, even, which lends these four tracks more emotional depth than you’d find on an entire double-CD chill-out compilation. It really is rather good. Chris Korff

I suppose a self-titled album is better than no title at all, and at least it gives me a chance to complete my Music Journalism Word Bingo score card... Clarence King & The Regents’ eponymous (bingo!) album is a cheery and eclectic affair, covering jazz, reggae and funk in a lounge-y kind of style. The band are pretty tight and the individual players are obviously highly accomplished. The singers, likewise, are very good, and the songs nail that ‘feel-good summer track’ vibe... But despite all these positive attributes, the album leaves me feeling a little cold — and I think I know why. 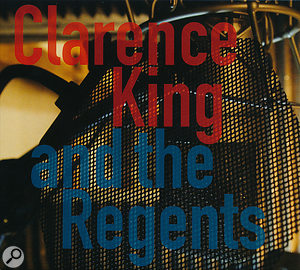 Everything is done in a very ‘safe’ way. The brass licks and funk bass lines are exactly as you’d expect, the lyrics are fairly unadventurous, and even the production, though undoubtedly proficient, is just a little bland. It might just be my own personal taste, but I prefer this kind of music to be a little more gritty, and certainly when all the other aspects of the record are so conservative a more idiosyncratic mixing style would help to set this band apart from the many others like them. Chris Korff

Time For Your Bathysphere

Congratulations to jazz-funk pedlar Pete Newman for being the only reviewee this month to have a properly named record. Congratulations also, I should add, for making it a bloody good one. Pete is an astonishingly good woodwind player, and his chops on clarinets and saxes of various registers are evident throughout — and where an instrument was required that he (presumably) didn’t play, he’s drafted in some top-notch musicians to help (including, I’ve just read on the liner notes, one Ian Griffith, who I used to gig with. Hi Ian!). 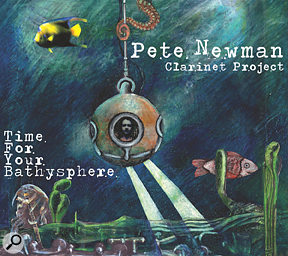 It’s very much the project of one man, but it’s a testament to Pete’s musical sensibilities that it doesn’t sound it. The arrangements and performances sound like they come from a full-time band, rather than the mind of a single person, which is an impressive achievement in itself. Chris Korff