If ever a sample library has brought to mind a specific film, then it's Sample Lab's new Spatial Awareness title. Perhaps copyright restrictions prohibited them from saying anything more than 'abstracts, atmospherics, and textures' on the packet, but it actually sounds like it could come wholesale from the soundtrack to The Abyss. For those who haven't had the pleasure, this James Cameron film sees Ed Harris and his intrepid and unfeasibly photogenic band of deep-sea divers encountering a race of glowing jellyfish-like extra-terrestrials in the other-worldly murkiness of an ocean trench. If your mind's ear is still struggling, think IMAX sea/space documentary and go heavy on the reverb, delay, and filter modulation. 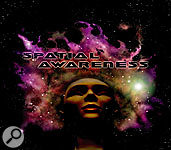 Although Spatial Awareness concentrates on the aforementioned abstract atmospheric textures, there are also a fair number of 'breaks' which you could use as the rhythmic basis of a track. However, these do little to break the mould in terms of sound, so you'd be hard put to shake the impression that you were writing a song to accompany the aforementioned film's closing credits. There are also a variety of 'hits', which are only really differentiated from the main loops because they start loud and tail off — the sounds are basically more of the same.

As we've come to expect from Sample Lab's other libraries, the recording has all been done at 24-bit resolution using a commendable array of vintage and modern synths through top-flight studio gear, so it's no surprise that the audio quality is beyond reproach. In addition, all the loops in each of the ten tempo groups (spanning a 80-140bpm range) have been carefully edited so that they match exactly, making it lemon-squeezy to layer up the samples — if you're running EXS24, Halion, or Reason, the bundled patch files let you experiment with this in real time, but you could also just drag the loops into your software sequencer's arrange page.

The documentation here is up to the usual high standards, with tempo/key information where relevant, a short descriptive comment for each sample, and a listing of the sample's file name so that it can be easily located on the CD-ROMs once you've auditioned the sounds from the Audio CD.

The main strength of the material on offer here in my opinion is its sonic consistency. All the material is carefully targeted for a deep-sea/space vibe, so when you need Ed Harris to save the day you can reach for Spatial Awareness secure in the knowledge that it will deliver the goods. However, although the library certainly deserves the five-star rating on its own terms, I can imagine that the narrowness of its particular niche might render it something of an inessential purchase for many musicians. Overall, though, this is a well-aimed and carefully produced library. Mike Senior

Many SOS readers will be familiar with Tekniks, as we have reviewed their two popular Ghetto Grooves titles in previous issues. Both of these were aimed at R&B and hip-hop. In contrast, Ghetto Electro is aimed somewhere in the ground between the electronica and house genres. The CD is dominated by a collection of loops, but a small number of multisampled synth instruments (each based on a small number of single-note samples) are also provided, with patch settings suitable for EXS24, Halion, Kontakt, and Mach Five included. As with the Ghetto Grooves titles, an assortment of individual drum hits is also present, covering crash cymbal, hi-hat, kick, snare, and percussion. 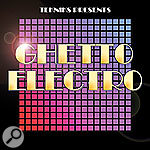 The loops are divided into several groups. First up are 17 construction kits, each based upon a smallish number (usually six or seven) of individual loops. Further folders contain a collection of 280 drum loops, 84 special-effects loops and 96 synth loops. The original recording tempos of the loops are dominated by the dance-friendly range of 120-140bpm. With the exception of the special-effects category (which contains various hits, bleeps, whooshes, and the occasional processed vocal sample), the loops within each folder are organised into tempo-based subfolders.

The musical contents are interesting — in terms of styles, think Fischerspooner with the occasional nod to '80s Madonna, New Order, or OMD and some occasional grittiness more akin to hip-hop. The construction kits provide a very simple means of getting a quick groove working, although there is probably only enough variety within each kit to build one element of a song structure. That said, the styles are consistent enough across the collection to make mixing and matching between the kits or loop folders fairly easy. The drum loops are dominated by classic dance-based drum-machine sounds and, although there are some processed loops, things are generally presented fairly clean to allow flexibility for user experimentation. The collection of synth loops features lots of arpeggio patterns and some chord stabs, while the multisampled instruments come with suitably descriptive patch names such as Filthy Sine, Mozzie Saw, and Liquid Phat — perhaps nothing stunningly new in terms of content, but there is some good stuff here that would work really well for club anthems.

On the downside, as in the Ghetto Grooves libraries, the WAVs have not been Acid ised. While most loop-manipulation software now does a good job of working out original tempos, having to add the root-note pitch of melodic or bass loops manually does make working with these loops a little slower than with Acid ised files. That said, a very clear PDF file is included on the CD that indicates the original pitches of all the loops. The organisation of the material into tempo-based subfolders is also perhaps unnecessary given that so many users now have access to excellent tempo-matching tools in software, and putting all the drum loops into a single folder would have resulted in much more efficient organisation, particularly when auditioning the loops. These organisational details aside, there is plenty of material — well over 700 loops in total — and for producers of house-influenced music Ghetto Electro would be a good buy. John Walden

Whether or not the world needs another house sample CD is open to question. On the assumption that it does, Tekniks have commissioned producer Timothy Allan to create what aims to be a 'fresh sounding library of hard house loops and samples'. The collection is presented on a standard CD-ROM, in WAV format, and includes a Settings folder with bank and preset files for EXS24, Halion, and Kontakt. A freeware WAV-browsing application for Windows is also included, along with a PDF file containing a list of all the WAV file names (which you can just as easily see for yourself by browsing the CD) and, bafflingly, no other information.

The TA_Drum_Hits amount to 46 fairly unremarkable single-hit drum-machine sounds, some mono, some stereo, a number with an unfortunate brittle 'edginess' suggestive of slightly over-zealous EQ'ing. The TA_Kits folder makes up the core of the collection, and consists of 31 construction kits. In each case a snippet of a completed composition is presented along with its various component parts, in the usual fashion. Here the producer demonstrates commendable skill as an arranger, building some convincing and listenable tracks out of what sounds, in isolation, like rather unpromising raw material. 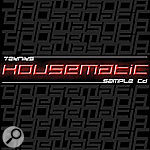 The construction kits never deviate far from the norms of the genre; four-on-the-floor bass drums, chattering hi-hats, filter sweeps, gated pads, and the like. It's all workmanlike and competent, but perhaps not terribly exciting or original. That said, there are some brighter moments. Timothy Allan has a good ear for an effective bass line, and frequently comes up with the goods in that department. Some of the atmosphere pads are also genuinely, er... atmospheric. Every once in a while things seem to border on being excessively brash and trebly, but maybe I'm just getting old.

The TA_Multi folder contains a dozen or so multisampled instruments; various basses, some electric piano and organ sounds, and a couple of synths. These are usable, but not spectacular — and given that your average computer-based house producer probably already has a small collection of preset-laden VST instruments, it's arguable how much value these add. TA_Extra_Sounds rounds things off, with a small collection special-effects hits, a few evolving pads, and other miscellaneous noises. These are more interesting, and it's a shame more space wasn't given over to them, rather than the multisamples.

I don't mean to be unreasonably critical here. There are certainly some usable samples in this collection, and the producer has doubtless done his job with some care. However, Housematic costs the best part of sixty quid, competes in a very crowded market, and doesn't really do enough to distinguish itself from its rivals. I'm not saying you shouldn't buy it — but I would recommend listening to samples from a few comparable products before deciding which you prefer. Paul Sellars

This is the fourth in a series of sample libraries from Cycling 74 (better known as the software developers behind Pluggo and Max/MSP). As with all the titles in the series, it consists of two discs: a DVD-ROM of 24-bit WAV files, and a standard audio CD of the same material. The DVD contains one folder of 44.1kHz WAVs, and another folder with the same samples duplicated at 48kHz. There's also a documentation folder with the audio CD's track list and an index of all the file names, in both PDF and Microsoft Excel formats. The audio CD may seem like an unnecessary duplicate, but in practise it's very convenient to be able to browse the collection with an ordinary CD player. (You could also use it to rip 16-bit WAV files, or even to sample audio the old-fashioned way.) 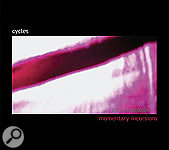 Cycling 74 describe Momentary Incursions as a collection of 'hits, events, effects, and transitions', which is quite a good way of putting it. None of the sounds really fulfil any obvious, conventional musical role — no drum loops or guitar phrases here. What you do get are rapid, burbling synthetic gurgles, metallic ring-modulated clanks and clangs, distant telegraphic chatterings, what sounds like a slightly sinister variation on the old Windows 95 start-up theme, faux-Radiophonic TARDIS misfires, gritty granular stretching and tearing noises, fictional feedback-plagued soundchecks in subterranean sewers, blips, pings, bangs, bongs, blown bottles, tapped wine glasses, crushed cardboard boxes, and creaking submarine escape hatches. You get the general idea. Funny noises. Lots of them.

The samples vary in length, from less than a second to more than a minute. They're all essentially 'one-shot' sounds, although many could doubtless be looped to interesting effect. The quality is consistent throughout, with no obvious duds or filler. While many sample libraries aspire to be little more than paint-by-numbers kits for popular dance-music genres, others manage to be a bit more interesting. Momentary Incursions belongs to the latter camp. Making few if any assumptions about what it will be used for, it simply presents a large number of unusual, provocative sounds, and invites you to decide what might be done with them.

For games and multimedia developers, this could be a useful source of sound-effects hits and incidental noises. Musicians looking for something a little more outlandish than the usual construction kits and multisamples will find plenty of eerie and atmospheric textures, and some highly peculiar electronic percussion. Anyone with a broad mind and an ear for a weird noise could have fun with this collection. It's refreshingly unconventional, very nicely packaged and presented, and quite competitively priced. Paul Sellars

Top 10 Boring Things That Are Really Important In The Studio
1 week 17 hours ago.