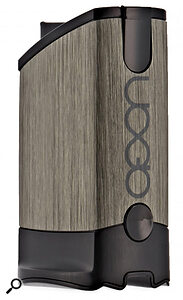 TC Electronic’s AEON String Sustainer has been out for a few years now, but I recently got my hands on one for the first time and there’s some very competitive ‘street’ pricing now, so I wanted to offer readers my thoughts on it.

There are no prizes for guessing that it works on the same principles as the EBow, which was developed in the US by Greg Heet some half a century ago and allows electric guitar players (and players of some other steel‑stringed instruments, including acoustic guitars) to sustain single notes indefinitely. The way it works is that a pickup coil picks up the vibration from the guitar string, and this is then amplified and fed back to the string via a second coil. This causes the string to keep on vibrating, and the resulting sound is somewhat like a bowed string. In my experience — I’ve used various takes on the concept over the years — this type of sustainer usually needs a good helping hand from reverb or delay to make it sound really lush.

Unlike the latest‑generation EBow, the AEON has no harmonic mode, which is created by inverting the signal fed to the second coil. The only feature this TC device has that the original EBow didn’t is that it is designed to turn itself off if left unused for more than eight minutes. It might seem a small detail, but given the number of batteries I’ve killed by leaving my EBow switched on, it’s a very welcome addition!

Also unlike the EBow, with its squat profile, the AEON String Sustainer is taller than it is wide and looks not unlike a chubby cigarette lighter. The 9V battery that powers it slides in from the top and is held by a clip, so it’s very easy to change, although you need to look inside to make sure you fit the battery the correct way round as it is possible to push it in either way. A small button turns on the power and an LED in the base of the unit shows that it is active.

It is designed to turn itself off if left unused for more than eight minutes... given the number of batteries I’ve killed by leaving my EBow switched on, it’s a very welcome addition! 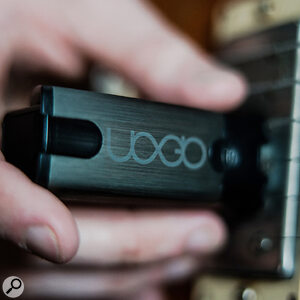 In use, I found that the AEON String Sustainer behaved and sounded much like an EBow. I felt that it took slightly longer to get the notes to ‘speak’ but perhaps that was down to my playing position; after using an EBow for decades, switching to a differently‑shaped device does take a little getting used to.

Given all the similarities, then, why would you consider buying the TC AEON String Sustainer rather than sticking with the tried‑and‑tested EBow? The main reason is the price: an EBow typically retails at around £100 $100, whereas the AEON String Sustainer costs rather less, particularly here in the UK where ads from some of the popular UK music stores suggest they can be bought for under £30 typically about $70 but hunt around and they can be had for less. That’s why I decided to buy one as a backup for gigs, but if you just want to dip a toe into the waters of infinite sustain, AEON does the job well and is a very cost‑effective way to achieve it. And that battery-saving option could be viewed as a big plus!