Find Your Way Through The Maze! By Dave Stewart 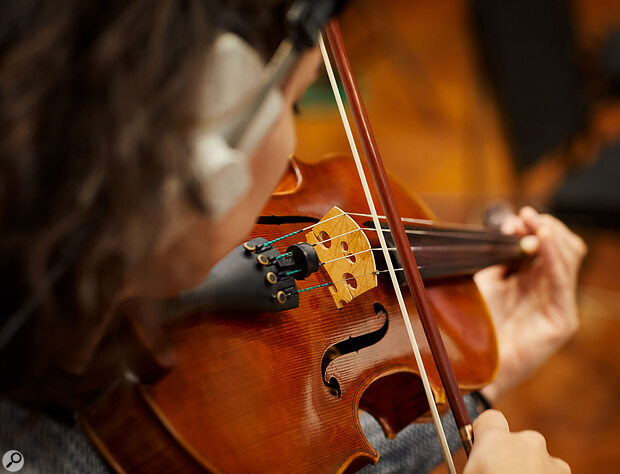 With hundreds of products crowding the marketplace, choosing an orchestral library can be a daunting experience. Sound On Sound's Buyer’s Guide aims to help you find a way through the maze.

Now that hardware samplers have gone the way of the dinosaur, the London Necropolis Railway and Macclesfield Town Football Club, we can all look back and laugh at the logistical nightmares of trying to cram a sampled orchestra into 32MB of RAM. With RAM now served up in gigabyte portions, users can run huge orchestral libraries on their home computer, giving musicians with no academic training access to high‑quality symphonic sounds.

If the bad old days of miserly RAM had one advantage, it was that buyers weren’t faced with an overwhelming number of libraries to spend their money on. Now the opposite is true. The advent of disk streaming prompted developers to sample every orchestral instrument, ensemble and performance style under the sun, sparking a proliferation of products which shows no sign of abating. Today’s orchestral sample users may be spoiled for choice, but the sheer quantity of libraries on offer makes it increasingly difficult to choose.

In order to narrow the field and help buyers make meaningful product comparisons, this guide concentrates on the core orchestral instrumentation of strings, brass, woodwinds and percussion and excludes choirs, pianos, saxophones, jazz and big‑band brass, pop horns, phrase libraries and loop collections. Since cinematic drums and sound‑design textures are now established fixtures in orchestral libraries we’ll include some notable examples, but rest assured any products left out for reasons of space will be in plain view on their manufacturer’s website!

The first part of the guide lists companies whose product ranges contain one or more full symphonic collections, while the second part casts the spotlight on those offering orchestral ensembles and solo instruments.

Peter Siedlaczek: "The complex instrument called ‘orchestra’ has become more democratic and affordable, available for everybody willing to learn more." 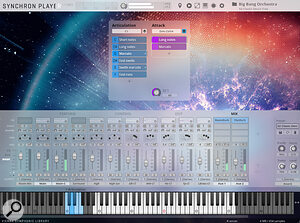 A number of developers have multiple full symphonic products in their catalogues. Prominent among this select group are Vienna Symphonic Library (VSL), founded in 2000 by Herb Tucmandl and long regarded as a market leader. With around 230 products and a sample count of over six million, the company’s libraries constitute the world’s largest orchestral sample database, and their forensic sampling and ground‑breaking legato mode helped set the standard for today’s orchestral products.

VSL’s output divides between the stereo Vienna Instruments range and the multi‑miked Synchron series, both of which contain all the instruments, sections and articulations required to create a full orchestral score. The former’s studio acoustic works well with solo instruments (particularly woodwinds) and scores highly for intimacy and detailed expression, while the latter’s concert hall sound and immersive audio capability are a good bet for cinematic projects. In addition to its two main ranges, VSL offer Starter Editions, entry level Special Edition volumes and the affordable, pre‑orchestrated Big Bang Orchestra series. 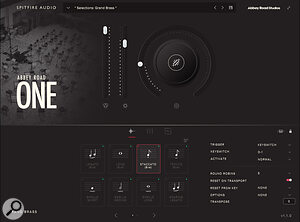 Despite political shenanigans, the UK remains part of the European continent and now boasts its own poly‑orchestral developer. Powered by the ebullient Christian Henson and the somewhat calmer Paul Thomson, Spitfire Audio have been cranking out orchestral libraries since 2007.

The above titles were recorded in AIR Studios’ reverberant Lyndhurst Hall, while Spitfire Studio Orchestra shows off the drier acoustic of AIR’s Studio One and the expansive BBC Symphony Orchestra and Abbey Road One libraries feature other iconic London studios. The ongoing Abbey Road project lacks solo instruments and a legato mode, but the intensively multi‑miked BBC library includes the whole shooting match. 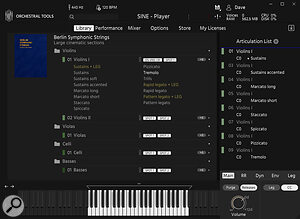 Back on the European mainland, a third company have joined the ranks of developers crazy enough to record more than one full symphony orchestra. Since founder Hendrik Schwarzer got the ball rolling with Orchestral String Runs back in 2011, the Orchestral Tools team have been hunkered down in Berlin’s Teldex Studio creating a substantial orchestral catalogue. Featuring full instrumentation, solo instrument options and additional instrument volumes, their Berlin series offers composers a complete orchestral package which is now available in a single compilation created in collaboration with Berklee College of Music. 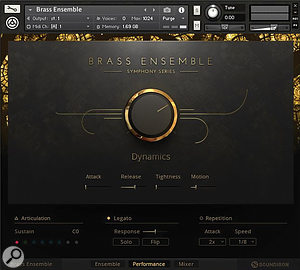 Also situated in Berlin are Native Instruments, creators of music software (including the ubiquitous Kontakt sample player) and hardware since 1996. Though not known as orchestral specialists, NI collaborated with several other developers to produce the Symphony Series, a hefty 165GB collection presented in full‑featured brass, woodwind, strings and percussion volumes. The collection contains no solo strings, but NI’s Stradivari Violin and Cremona Quartet libraries fill that gap, while Sessions Strings’ smaller ensembles provide a pop‑friendly alternative. 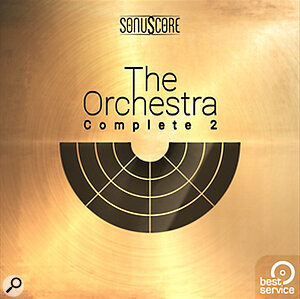 Founded in 2012 and based in the city of Mainz, Best Service teamed up with sampling wizards Sonuscore to create Best Service The Orchestra. A compact 6GB in size, this squeezes in playable string and brass ensembles, solo woodwinds, percussion, harp and choirs performing a handful of essential articulations — not enough detail for a complete orchestral score, but by way of compensation, the included Orchestra Engine allows you to create your own animated phrases and patterns. 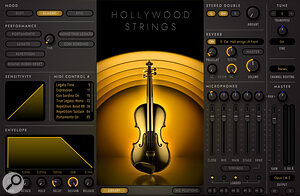 Veteran sample developers EastWest/Quantum Leap were the first to record an orchestra in a concert hall from multiple mic positions, a trend which caught on like wildfire. Created by Doug Rogers and Nick Phoenix in 2003, the popular EWQL Symphonic Orchestra won multiple SOS Awards. The company’s subsequent studio‑recorded Hollywood Orchestra collection has now been updated, augmented by new ensembles and presented as a single 944GB library in EastWest’s Opus engine along with the built‑in Hollywood Orchestrator (developed in conjunction with the above-mentioned Sonuscore). 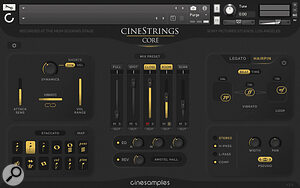 Another longstanding US developer with a complete symphony orchestra are Cinesamples. Led by CEO and founder Michael Patti, they spent over a decade recording samples at the Sony Pictures/MGM Scoring Stage in LA. The resulting CineSymphony range leaves no stone unturned, comprising a huge array of string, brass and woodwind ensembles and solo instruments in Core and Pro volumes, along with percussion and auxiliary instruments. Hollywoodwinds and Cinestrings Runs are useful extras, and their new platform Musio is intended as an easy solution for finding, loading and playing virtual instruments. 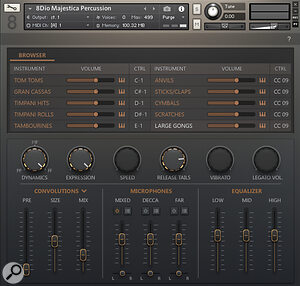 A few hundred miles up the coast in California’s Wine Country, 8Dio preside over an extensive catalogue of orchestral products. After starting the company in 2011, Troels Folmann and co‑founder Tawnia Knox unleashed a stream of libraries which run the gamut from a solo oboe to the 240‑piece Majestica orchestra. The Legion series 66‑player bass, cello, trombone and tuba ensembles are similarly gargantuan, but the company’s Century Strings, Century Brass and Adagio string series are more sensibly proportioned and sound none the worse for it. 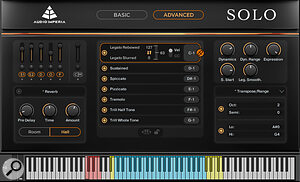 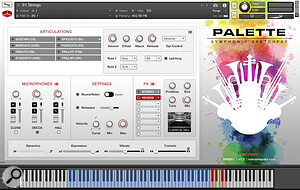