Making The Most Of Home Recordings By Neil Rogers 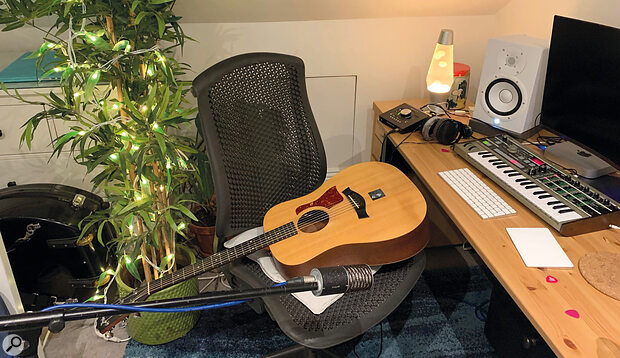 Our tame engineer describes a new approach to mixing that helped him to get the best out of an EP that was recorded remotely during lockdown.

Tackling the issues that arise when mixing material that wasn’t recorded in a traditional studio environment isn’t exactly a new experience, but plenty of musicians who have happily avoided self‑engineering in the past have been forced by the Covid‑19 pandemic to get up to speed with home recording. Often, that also means band members recording their parts in different locations, and while they may be competent or even pretty skilled on the technical side, the locations typically restrict what’s possible, particularly when recording things like drums.

Over the last couple of years, then, professional engineers have increasingly found themselves needing to mix such projects and that, in turn, has led many of us to adapt our usual mixing workflow, in search of the best results. In this article, I’ll explore an approach that I developed during a recent mix project — it proved to be a really effective way for me to create a pleasing mix for an EP project, whose multitracks had been captured in bedrooms on either side of the Atlantic. The result pleasantly surprised both me and the artist!

The Travis Waltons is the musical vehicle for Bristol‑based singer‑songwriter Daniel Flay, with whom I’ve worked for several years — regular readers may recall that he has featured in a couple of my previous articles. Normally, Dan would come to my studio and record in person, but the UK’s first lockdown resulted in him being stranded in Spain for several months. While there, with a little remote guidance from me, he started to put together a small ‘home’ recording setup, and he continued to use it when he got back home to Bristol, which is still several hundred miles from me!

A few months later, he was keen to see if I thought his home‑recorded tracks were good enough that we could create a release‑quality mix, so he asked if I would like to have a go at mixing one. I said yes, and what followed saw me develop a slightly time‑consuming but, ultimately, simple process that I found was great for getting into the right mindset for mixing, whilst also delivering some practical advantages. 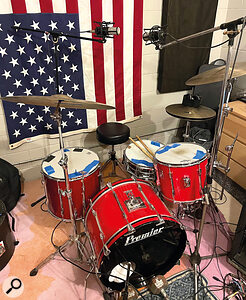 The drums had been recorded in a bedroom in Los Angeles.It wasn’t just Dan working remotely, though. Across the Pond, in LA, his drummer Tim had laid down parts at home too. As many SOS readers will know all too well, capturing live acoustic drums in a home studio can be really challenging; the acoustic characteristics of the space they’re captured in tend to mean you need more microphones and channels than normal if you’re to capture a nice, balanced kit sound (though more mics also means you have to work harder to avoid introducing phase‑cancellation problems).

Exploring the files I’d been sent, I found I had four drum tracks to play with: overhead rear and front, and close kick and snare channels. Happily, Tim had done a good job of the recording technically, and I was encouraged by the standard of the playing — which, let’s face it, is the real deal‑clincher! Nonetheless, the drums inevitably had that characteristic boxy, dry, bedroom sound, with little going on acoustically in the room to support the natural sound of the drums. It was a similar story with the rest of the production too: when listened to in isolation all the guitars, vocals and synths had been played well and recorded soundly, with no clipping, excess noise or wildly inappropriate acoustics. Despite all these plus points, though, when I attempted to create a rough balance using only the faders, I couldn’t seem to get a sense of the song or, for that matter, whether I was going to be able to make it all work to my satisfaction and Dan’s.

A common piece of advice you hear about mixing is to try and avoid listening too much to the different elements in isolation while you tweak them, but to perform your processing while listening to the whole track; ie. that the context is important. It’s generally pretty sound advice too, particularly when you’re starting out, and I still tend to adhere to it when I’m approaching the later stages of a mix. But when you have more experience of both recording and mixing under your belt, you’ll find that you’ve developed an instinct for roughly what the individual elements need to sound like to get you close to where you need to be. For one thing, when you’re recording, then unless you’re hearing a live band playing all together you don’t really have the luxury of that ‘whole song’ context!

For this project, since I knew from the moment that I’d tried to set that initial balance that I would need to be quite heavy‑handed with many elements, I decided to adopt a two‑stage process, the first stage of which was to approach the song more as if I were doing a recording session than mixing it. This involved an initial pass, processing each part to get the ‘mix’ into good enough shape that I could pull up the faders and it would all make sense. The key thing I need to explain here is that at the end of the first stage I committed to those sounds: I rendered all the tracks through the processing I’d applied, and then deleted the plug‑ins that had got me there, leaving me with my ‘re‑recorded’ audio as a clean starting point for stage two: actually mixing the song.