Q. Can you recommend a digital multitracker? Skip to main content

Q. Can you recommend a digital multitracker? 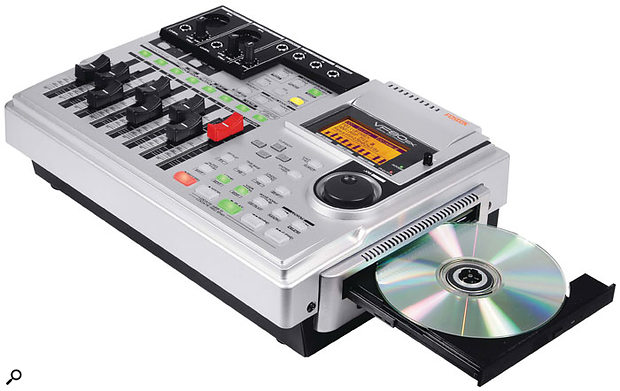 I am not sure if you can help me but I thought it would be worth a go! I am a guitarist and I want to buy a four-track digital recorder for less than £300. Do you have any recommendations? I do not want to buy a piece of computer software for recording, just a stand-alone recorder.

Reviews Editor Mike Senior replies: For that kind of money, you can get eight tracks if you want, assuming that you're after something new. The Fostex VF80EX (retailing at £298.45 when we went to press, but now on sale in some shops for as little as £229) gives you eight tracks of audio recording without data compression, S/PDIF digital input and output, and an onboard CD burner. It would probably be quite a good choice in your circumstances. The Tascam DP01FX might also be an option (at a retail price of £345, but often discounted to as low as £299), although this has no CD drive built in, so you'll have to back it up to a computer over USB. It also has no digital input, so you're stuck with the internal preamp and A-D electronics for recording. If you went for the Fostex, you could, at a later date, connect a decent mic/instrument preamp with built-in A-D conversion and hence bypass the internal preamp electronics of the multitracker. 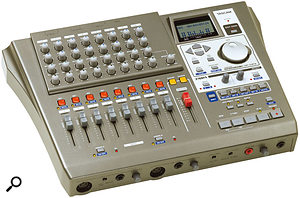 There are lots of other models of eight-tracker available in this price range, but I wouldn't really recommend them over the ones I've already mentioned for any serious recording. For a start, most other multitrackers in this price band use data compression for recording, which I wouldn't recommend if there's any chance that you might want to use anything you record on your multitracker for a proper commercial record production later on. Some models record to solid-state memory (such as Smart Media or Compact Flash cards), and usually don't include a particularly large card at the outset, so you'll have to budget for additional cards as well. Many cheaper multitrackers also don't offer phantom-powered mic inputs, which means you won't be able to use the majority of decent condenser mics unless you already own an external preamp or mixer.

If you're willing to look into the second-hand market, there's a lot more choice, but I'd steer clear of Minidisc multitrackers, again for data-compression reasons — technology has moved on quite a way from these now. You might even be able to pick up a 16-track machine within your price range in the SOS Readers Ads. In particular, keep your eyes peeled for a Korg D16 — it's small and has great effects, a built-in CD-RW drive and a touchscreen, but no phantom power — or a Fostex VF160, which has phantom power, a built-in CD-RW and individual track faders, but slightly underwhelming effects and mixing capabilities. Both machines will also record eight tracks at once and include S/PDIF digital input and output.