Q. Does it make sense for me to mix with a mono 'grot box'? Skip to main content

Q. Does it make sense for me to mix with a mono 'grot box'?

I realise that there are advantages to monitoring on a single 'middly'-sounding small speaker (such as an Avantone MixCube) from time to time while mixing, to get an idea of what the music might sound like on typical cheap consumer playback systems. However, I mix mainly deep house and lounge, which is quite rich in high and low frequencies, and these are easily conveyed by the full-range playback systems in trendy restaurants, cafes and clubs, but not by these small monitors. Does using one while mixing, therefore, actually make any sense for me? Also, if I did decide to get a single MixCube, I guess the best place to put it would simply be in the middle of the desk, but the problem is that that's where my computer screen is! Should I buy a higher speaker stand to go above my screen and angle the Avantone down towards me?

SOS contributor Mike Senior replies: If your music were only ever played on larger full-range systems like those you mention, the usefulness of limited-bandwidth referencing would indeed be reduced. However, I'd personally think twice about targeting the sound too narrowly for one type of playback system, and would be inclined to prepare my music for lower-resolution playback in case it, for any reason, gets transmitted for wider consumption — on the Internet, say, or as part of a TV programme, radio advert or computer game. 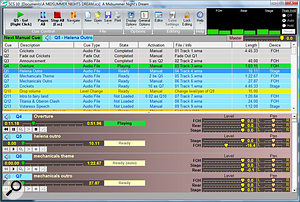 Rather than buying a mixer with lots of outputs and manually routing sound effects to different speakers for a theatre production, why not use a dedicated computer-based 'playout' system, in conjunction with a multi-output soundcard or audio interface? Some suitable software is even available free. 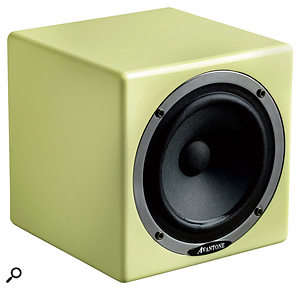 Even if you mix music primarily aimed at full-range venue playback systems, there's still something to be gained at mixdown from checking your mix on a single small speaker.

That apart, though, I think you're slightly underestimating the value of something like the Avantones, because they're not just about the 'middly' frequency response. Their small-scale, single-driver, portless design makes them much more revealing as far as simple mix balance issues are concerned (ie. for deciding what level each instrument should be at) than almost any even marginally affordable full-range nearfield/midfield monitoring system. This is even more the case if you use only one such speaker, rather than a stereo pair, as you also avoid inter-speaker phasing issues. Overall, I think you'd still benefit a great deal from this kind of speaker even if you mix primarily for larger speaker systems.

As far as speaker placement is concerned, in my opinion it doesn't really matter much where you put it, as long as it's pointing roughly in your direction and you're not getting acoustic reflection problems from a nearby room boundary or other hard surface. The only disadvantage of mounting a single speaker off centre is that it may temporarily skew your stereo perception to one side after you've been listening for a while. Not that this is actually a significant mixing problem in practice, though, because it's very easy to work around.