Q. How can I add analogue warmth? Skip to main content

Q. How can I add analogue warmth? 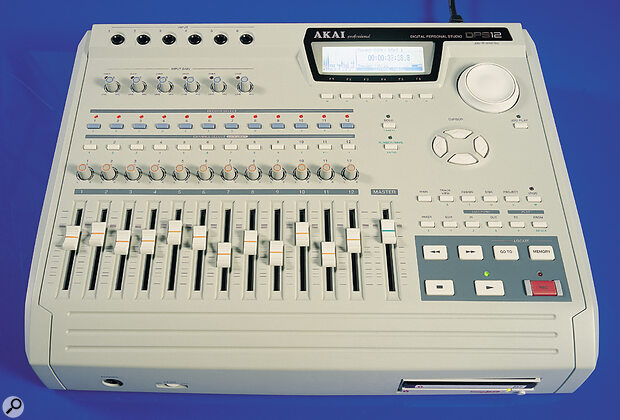 Akai's DPS12: like any digital recorder, it can benefit from a number of techniques to add 'analogue warmth'.

I have a reasonably modest home recording studio incorporating an Akai DPS12 hard‑disk multitracker with onboard effects, a Rode NT1 mic, a Joemeek VC3 voice channel, an Ensoniq 16 Plus sampler and a couple of guitars and amps. I was wondering whether there is a piece of kit that would add some 'tape‑like analogue warmth' to the digital domain I'm recording in, preferably at an affordable price?

Assistant Editor Mike Senior replies:
The bad news is that if you want to stay in the digital domain it's likely to prove very pricey. For example, SPL's Machinehead tape‑saturation emulator is in the £2000 range, and though there are also some computer plug‑ins which perform similar functions, that's no use to you in your setup.

The good news, however, is that there are several easy and cheap ways to achieve 'analogue warmth' in the analogue domain (surprise!):

• The simplest way to give any instrument 'analogue warmth' is record it at a high‑ish level on to ordinary cassette tape, then re‑record it from there onto your DPS12. This should work well for things like drums, where the compression can sound really nice and help them sit better in the mix. If you want to give an entire mix that quality, the best thing would be to go for a second‑hand quarter‑inch stereo tape recorder. A good one should provide good enough audio quality that you can achieve an analogue sound, by bouncing the entire track onto and off it, without incurring too much noise. It's worth remembering, however, that in order to get good results from tape, the machine needs to be well lined up and maintained.

To help drums sit in a mix once they're in the DPS12, I often find that sending a feed from them to a short, dense reverb, which itself is then sent through a compression and distortion algorithm, is a good idea; subtly mixing in a pumping, distorted reverb can really pad out thin‑sounding drums without being too obvious.