Q. How can I make the most of my multi-pattern mic? Skip to main content

Q. How can I make the most of my multi-pattern mic? 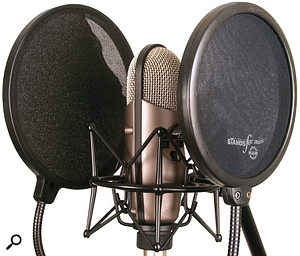 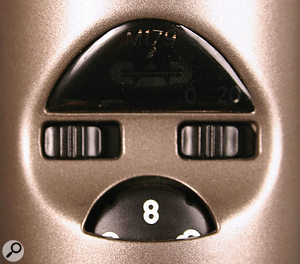 Paul: Many multi-pattern mic users, including myself, routinely employ just one or two polar patterns (often cardioid and omnidirectional), but there's a variety of things that can be done with the other pattern settings. I tend to use mics in omnidirectional mode whenever I can, as I find that it sounds better than when using a cardioid setting on the same source. Take care to consider the entire room sound with omni mics, as they will pick up sound equally from all angles (of course, if there's something physical, such as the mic body, blocking the path of audio waves, incoming sound won't penetrate).

Hugh: Multi-pattern mics are really two mics in one. The capsule has two diaphragms either side of a shared backplate, and they are essentially both configured as cardioids looking in opposite directions. The electronics inside the mic combine the outputs from the two capsules with different sensitivities and polarities to create the desired overall pattern. Often this is achieved by changing the polarising voltages on the diaphragms, but sometimes by manipulating the capsule output signals instead. For example, if you combine the two sides at equal amplitude and in the same polarity, you have an omnidirectional pattern. Flip the polarity of the rear side and you have a figure-of-eight pattern. Retain that polarity but reduce the amplitude and you have a hypercardioid pattern... and so on.

Paul: So if you have a multi-pattern mic what can you do with it? With 90 percent of microphone placement, it's about what you want the microphone not to hear, rather than what it does hear. You can point the front of a mic at the sound source from a wide variety of directions and still get the same wanted sound, but by choosing the angle carefully you can aim the rejecting nulls of the polar pattern to discriminate against specific unwanted sound sources, thus increasing separation and making your mixing duties easier.

Hugh: Obviously, a cardioid pattern has one central rear null, but if you switch to a hypercardioid pattern, the null moves out to form a ring around the rear, which might prove very useful. I often find this pattern useful when miking snare drums, to minimise the hi-hat spill, for example, because you can't easily get the rear of a cardioid mic to face the hi-hat.

Paul: If you are recording a soloist who moves around (such as a violinist or a vocalist), try switching to a wide cardioid polar pattern. The frequency response of the capsule in front of the mic is more uniform over a wider catchment, so it's more forgiving of movements in the area. Using a hypercardioid mic with such players can result in the level and tone changing alarmingly.

Hugh: You can also employ the figure-of-eight pattern very effectively when using one mic for two singers, because the side nulls reduce the room acoustic, compared to an omni mic. By altering the distance between each singer and their side of the mic you can pre-set the appropriate balance (I place pop screens either side of the mic, as shown above, to define where the vocalists will be, and then move the mic forwards or backwards between them to get the desired balance). Another pattern that can be used to good effect is omnidirectional but, again, you have to consider the overall sound of the room. As Paul says, in the right acoustics, omni mics do sound better than directional ones. They are more natural and have a more pleasing bass end. Multi-pattern omni responses aren't usually quite as good as genuine omni capsules, but the sound quality is often noticeably better than in cardioid mode, and it is always worth a try.

Paul: If you find you've got a less-than-perfect room sound and you're using an omnidirectional mic, you may find that putting some kind of acoustic absorption, such as the SE Reflexion Filter, or the aptly named SM Pro Audio Mic Thing, behind the mic will help to tame the sound you capture.

Hugh: To sum up, multi-pattern mics are useful to have available, especially if you've got a limited collection of mics. Personally, I only have three multi-pattern mics in a collection of over 30. The rest are all fixed patterns, because that suits the way I work and the kind of things I record. The one big advantage of a multi-pattern mic is that it affords the opportunity to experiment easily, so make use of that opportunity whenever you can. You'll be surprised at how often cardioid really isn't the best choice!