Q. How can I minimise my soundcard's latency without the crackles? Skip to main content

Q. How can I minimise my soundcard's latency without the crackles? 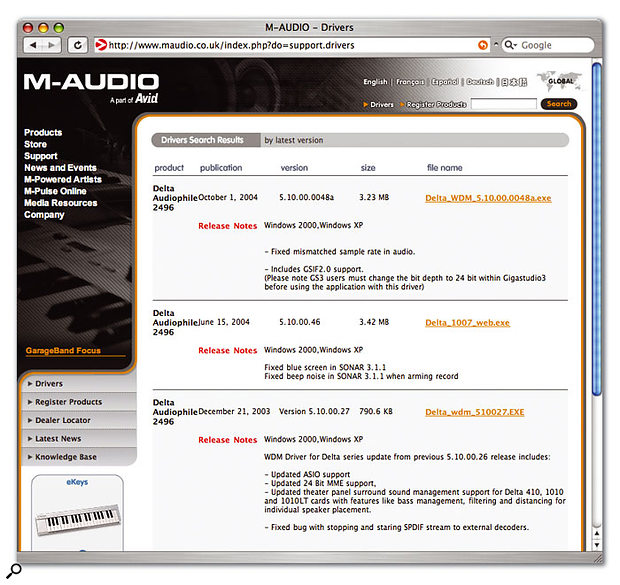 After lots of fiddling with Cubase SX 2, moving cables around and all sorts of problem-solving, I've discovered that the reason for the pops and clicks which occur when pressing keys on the computer keyboard (transport bar shortcut keys) is my soundcard's buffer settings.

The best latency I can get is 35.5ms, with a buffer setting of 1536 samples and sample rate of 44.1kHz. There are no pops or clicks at 1536 samples, but there is a very slight audible delay between pressing a key on my Novation keyboard and the sound coming out of the speakers. I realise this is normal given the latency, but surely there must be a way to get the latency down to 11 or 12ms without the crackles? My computer has an Intel 2.8GHz Pentium 4 processor, 1GB of RAM, a 140GB hard drive and an M-Audio Audiophile 2496 soundcard.

PC music specialist Martin Walker replies: I'm pleased to note that you started by checking your cables — intermittent clicks, pops, and crackling can often be caused by faulty cables, and particularly by intermittent mains connections, so ruling these out before going any further can save an awful lot of wasted time. However, the giveaway that your problem is definitely computer-related is that it disappears when you raise the size of your soundcard's buffers (and hence its latency).

I agree that 1536 samples (35ms latency at a sample rate of 44.1kHz) is a high value, especially as the Audiophile 2496's drivers are now very mature and reliable. Unfortunately it's almost impossible to track down the specific cause of your particular problem from a distance, but here are some general hints and tips.

First, always download and install the latest soundcard drivers. M-Audio's installer is extremely thorough, and starts by removing every trace of the existing drivers (including references to them in the Windows Registry), before installing the new drivers. This will ensure that you have a matched set of driver files, which may cure some problems. Next, make sure you're using the proper ASIO drivers in Cubase SX. Some people reporting high latency have been mistakenly using the ASIO Multimedia or Direct X drivers, and these won't go as low as the proper ASIO ones before you hear glitching. 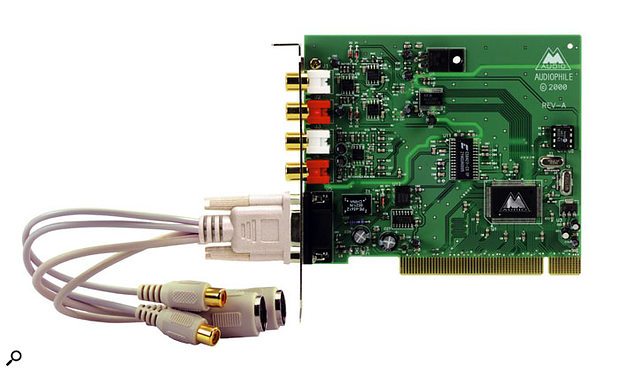 You should be able to achieve reliable performance and an acceptable degree of latency with M-Audio's Delta Audiophile 2496 soundcard. Downloading and installing the most recent drivers is the first step.

Make sure you set Processor scheduling to 'Background Services' in the Advanced page of the Advanced section of the System applet in Control Panel — Steinberg specifically recommend this tweak to benefit their ASIO drivers, which run as a background task, and even mention that on some systems the usable latency can drop from about 23ms to 3ms as a result. However, don't succumb to advice to switch from Windows ACPI to Standard mode if you're running Windows XP — while this did allow many musicians to reduce latency under Windows 2000 and 98SE, Windows XP runs better with ACPI mode.

Sometimes tasks running in the background installed by other applications can cause the problems you describe. You can bring up a list of the tasks currently running on on your PC by right-clicking on the Taskbar and selecting the Task Manager option. You may be lucky and spot one task occasionally taking more than its fair share of CPU, but it can be a daunting task, especially as there are generally so many obscure tasks running.

However, if you want to find out exactly what each of them does, by far the best web site to visit in my experience is the 'Task List Programs' section of Answers That Work (www.answersthatwork.com/tasklist_pages/tasklist.htm). Not only does this contain detailed descriptions of what all the tasks do, and what applications may have installed them, but it also provides recommendations on whether or not to uninstall them, and how to do it.

For many musicians faced with a high-latency problem that resists all sensible attempts at resolution, the ultimate solution is to reformat your hard drive and start again from scratch, installing first Windows from its original CD-ROM, and then your applications. This approach has solved many a ticklish and long-standing problem that just wouldn't go away otherwise, but it's unwise to take this route lightly, and certainly not before backing up all your data and making an image of the current contents of your drive using a utility like Norton Ghost, so you can restore any file that you later find you've forgotten about but still need.

Alternatively, if your hard drive still has at least 5GB of free space, another related solution is to use a utility like Partition Magic to convert this unused space to a new partition on which you can install a second instance of Windows, followed by just your music applications — running a separate slimmed-down Windows partition just for music applications means that however poorly and bogged down your main Windows partition gets, your music-making experience will be forever sprightly!