Q. How do I use two guitar amps with one speaker cabinet? Skip to main content

Q. How do I use two guitar amps with one speaker cabinet? 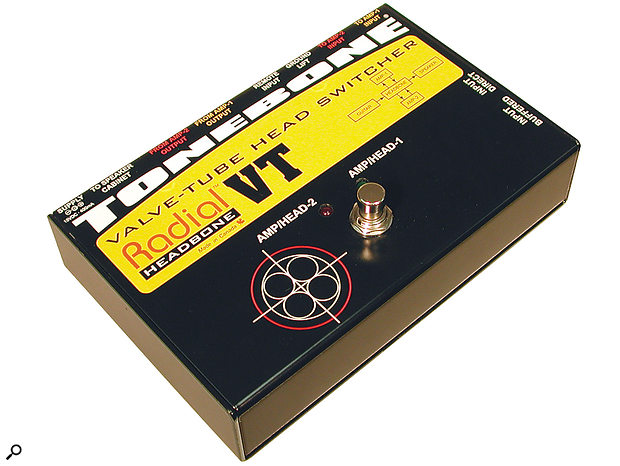 There’s more to switching between different guitar speakers than a simple A/B switch, but these boxes from Radial and Palmer should make it easy.

I have a friend who has a problem. He asked me if I had a solution but I’m not that clever, I’m afraid! He uses two different amps on stage, one a Marshall and the other a Hughes & Kettner, with a 2x12 and 4x12 cab, respectively. Is there any way he can just use one cab for both amps, changing amp at the flick of a switch? The music he plays is quite diverse and he swaps several times during a set. I have spoken to a couple of people and they started talking about dummy loads and exploding amps! Any advice would be appreciated.

The thought occurs, though, that if portability is the problem, perhaps your friend could look at an alternative amp as well — a Kemper Profiling Amp, perhaps, with which he could ‘capture’ the sound of his existing setup?