Q. In what order should I compress and EQ? 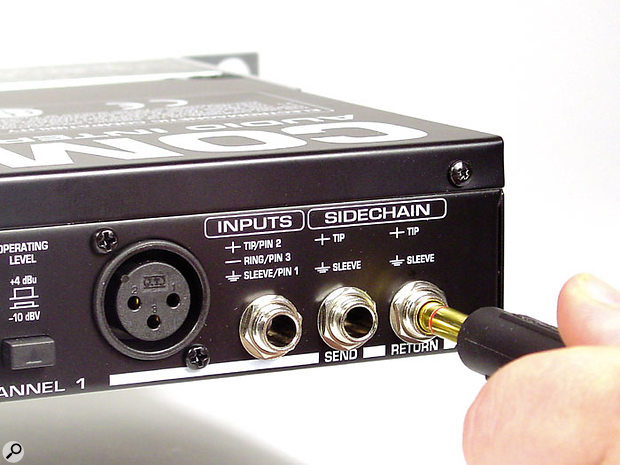 EQ'ing the compressor side-chain is the best way to set up 'frequency-conscious' compression, though an EQ can also be placed before the compressor in the signal chain.

When using a compressor and an EQ as insert effects on a snare drum, is it better to use compression followed by EQ or EQ first then compression?

Technical Editor Hugh Robjohns replies: Compressors usually react to the loudest part of the signal regardless of frequency (although many are designed to ignore the frequency extremes). So, if you use an equaliser first, then by boosting or cutting different parts of the spectrum, you will effectively alter the compressor's threshold at different frequencies, making it more or less responsive to those frequency regions.

In other words, the equaliser changes the way the compressor works on the sound, compressing signals in the boosted regions more than the rest, and vice versa. It's usually a fairly subtle effect, but it's worth bearing in mind. In general, though, equalising the compressor's sidechain is a much better way to set up 'frequency-conscious' compression, but then not all compressors have a side-chain input or a built-in sidechain EQ.

The more usual scenario is to equalise a signal after it has been compressed, in which case you're simply altering the tonality of the compressed signal.

Having said all that, when applying dynamics to drums most of the 'rules' can be thrown out of the window because often you are trying to create an effect, rather than simply modify the signal's dynamics in the traditional way. For example, by boosting the high end of a snare drum prior to compression, you can often control the amount of transient 'slap' that slips through, which is very helpful if the compressor doesn't have an adjustable attack time!