Q. Which of these A&H mixers is best for recording phone calls? 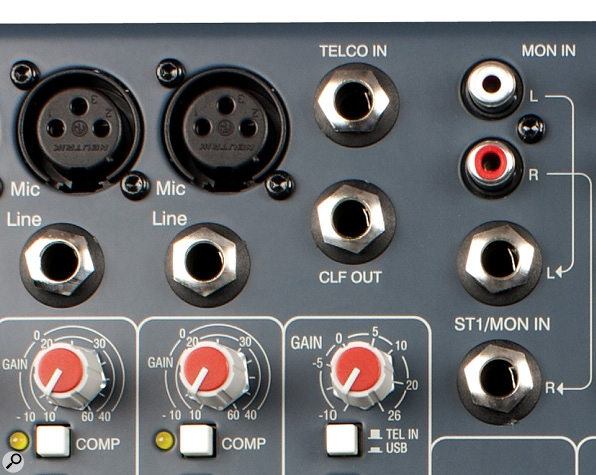 The Allen & Heath XB-10 mixer features a dedicated Telco input and talkback features that are useful for integrating telephone hybrids, as well as a few other broadcast bells and whistles — but the overall sound quality or the preamps and other circuitry is pretty much identical to the ZED-10.

Do you think that the audio quality from an Allen & Heath XB-10 paired with a JK Audio Innkeeper telephone hybrid will be better than the Allen & Heath ZED-10, also paired with an Innkeeper? I’ve been using a ZED-10, but just ordered the XB-10 thinking that the audio quality will be better (ie. reducing the noise that I hear when the final recording of the phone conversation is played at higher volume levels). If it’s not, I can return the XB-10. I was just hoping to hear what you had to say on this matter since you reviewed the XB-10 in April 2013 [/reviews/allen-heath-xb10].

SOS Technical Editor Hugh Robjohns replies: The short answer is that I don’t think you’d hear any significant difference as both consoles are built using essentially the same technology, and both perform extremely well. The noise heard on the recordings is unlikely to be from the desk, but is usually attributable to the telecom network and/or the telephone hybrid — assuming sensible gain structures through the desk and hybrid, and a suitable mix-minus return signal, of course.

These two consoles have broadly similar facilities, but of the two the XB-10 is obviously geared more towards the kind of application you’re talking about. Specifically, it features a dedicated Telco channel with talkback, which would make it a little easier to connect and use with an external telephone hybrid. It also has built-in compressors on the microphone channels, as well as limiters on the outputs, which would make it easier to control signal levels in a live radio phone-in style operation. So of the two, I think the XB-10 would be the more practical choice.