Secrets Of The Mix Engineers: Mark Ralph
By Paul Tingen 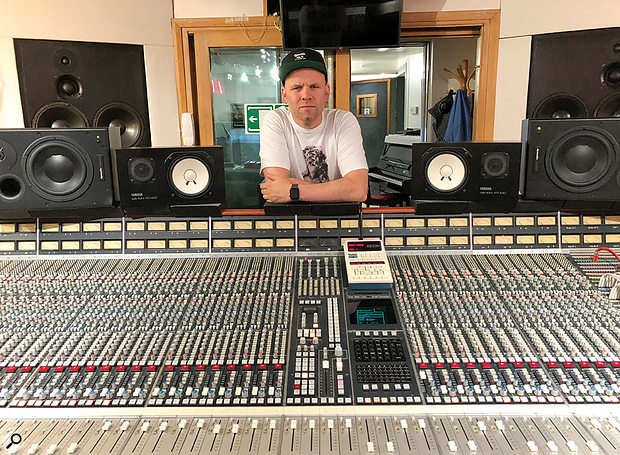 Mark Ralph with the SSL console that forms the centrepiece of his Club Ralph studio.Photo: Tom Fuller

In a world where almost everyone is mixing ‘in the box’, Mark Ralph and Clean Bandit have gone the other way.

A wave of UK artists are achieving global success by combining American urban, R&B, trap and rap influences with a British pop sensibility and more traditional musical styles. The likes of Jax Jones, Hot Chip, Years & Years, Rudimental, Jess Glynne and Clean Bandit all tend to work with a mixture of electronic programming and ‘real’ instruments — and they all work with British producer and mix engineer Mark Ralph.

Ralph was the 2016 winner in the Producer of the Year category at the UK A&R Awards in London, and is one of the hottest UK producers of the moment. He’s built his entire career on mixing things up, starting out in 1993 by filling in for Nile Rodgers on a Sister Sledge remake of their 1978 hit ‘We Are Family’. Ralph went on to become a successful session guitarist, working with everyone from Natalie Imbruglia to Tom Jones, and also managed to get himself signed as an artist. After being dropped by his label in 1998, he worked for a while at a London equipment hire company, Tickle Music Hire, and during this century got increasingly involved in writing and production. He eventually got signed again, and had his last stab at being an artist in 2009, as one third of the synth-pop band Filthy Dukes.

“When I came out of that,” recalls Ralph, “I said, ‘No more being an artist, let’s just concentrate on producing people and on learning how to mix.’ It takes time to get good at anything, and I think everything I have ever done has been of use in terms of experience. When I worked at the hire company, I thought it was the end of my music career, but actually, I learned how each piece of equipment worked and how to install it and it taught me many studio skills. Also, getting signed to a label is the most elated feeling you will ever have, and getting dropped again is the most horrible feeling, the lowest of the low. But it helped me to take the rough with the smooth, and to manage the rollercoaster ride that is a career in the music industry. I’ve had 26 years of excitement and disappointment, and while I may be riding a wave at the moment, I know that in five years’ time it may be different. So I don’t get overly affected any more about either the highs or the lows.”

Ralph’s decision to focus on production and mixing has paid off in spectacular fashion. In addition to the above-mentioned names, he has also worked with everyone from Franz Ferdinand to Jessie Ware to Take That, with his credits including writing, engineering, mixing and production. He’s also built his own studio, twice, and currently has a multi-room facility close to Queen’s Park in London, called Club Ralph. 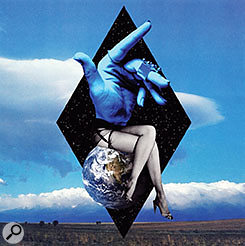 Sleeve artwork for 'Solo' single.“My niche has always been to combine organic sounds with electronic music,” says Ralph. “I have been in lots of bands, and written songs in traditional ways. I was in a rock band, played Latin music, soul and funk and disco. But I don’t have a fascination for purely organic music, and never have done. For music to prick my interest, it has always had to have a synthetic element, mixed in with organic sounds. That point between the organic and the electronic is very fluid. Franz Ferdinand are very organic, but they also like synths and drum machines, Hot Chip was somewhere in the middle, Hot Natured more on the electronic side.”

Clean Bandit epitomise Ralph’s hybrid musical approach, and since their breakthrough hit ‘Mozart’s House’ in 2013, the band have enjoyed a string of major hit singles, including ‘Rather Be’ (2014), ‘Rockabye’ (2016), ‘Symphony’ (2017) and ‘Solo’ (2018). The first two came from the band’s debut album New Eyes (2014), while the last three are from their second album, which at the time of writing is slated for a November release this year. Clean Bandit’s main writer and producer, Jack Patterson, also has his writing room at Club Ralph.

Quite a few producers and mixers work in a hybrid analogue/digital environment, but Mark Ralph is actively swimming against the tide: he used to be all-digital, but went back to using a desk and outboard again.

“I was completely in the box from 2002 to 2007,” explains Ralph. “Then my friend David M Allen, who produced the Cure and Depeche Mode and so on, asked me whether I wanted to go halves on a desk, because he’d found this desk made by Conny Plank in the ’70s. We brought it to London, had it restored, and I worked for seven years on that desk. I had great fun with it, made two Hot Chip albums on it, a Franz Ferdinand album, and the album with Filthy Dukes, and much more. This was in a different studio. Four years ago I took on the building that I am in now, and it already had the SSL in it, so I thought it was fair enough for Dave to get full-time use of the Conny Plank desk, while I took on the SSL.

“Some of the tracks on the Filthy Dukes album were mixed by Steve Fitzmaurice [whose mixes for Sam Smith were featured in SOS September 2014], and I sat in on some of his mix sessions. I really liked his technique, and I copied it, which he found amusing. He was mixing on the desk, then stemming into Pro Tools, and then bringing that mix up again on eight faders in a summing mixer, with stereo drums, stereo bass, stereo instruments and stereo vocals. So he has analogue and digital phases. I thought I should do the same thing.

“The way I have worked since is that I am in the box when I’m co-writing with people, like everyone else does, because the writing stage is not a sonically critical part of the process. I just use the desk as a stereo monitor. When it comes to the point where analogue separation makes a difference, like with recording and mixing, I split things out over the desk’s 48 channels. When mixing, I get the mix up to about 70 percent, using desk EQ and compression and analogue outboard to shape the sound. When it’s time to start the automation, I transfer all 48 channels back into the same Pro Tools session, get rid of the tracks I don’t use, and finalise the mix inside the box, with the four groups coming back up on the desk again.”

Mark Ralph’s hybrid approach has obvious disadvantages compared with the flexibility and total recall available to anyone working wholly ‘in the box’. So what are the benefits?

“First of all, when you’re recording, the beauty of a console is that you can really shape things in detail before you press Record. It’s an old style of working that I think is still very important. It stops you recording stuff you don’t really need, or that’s flawed. You shape stuff the way you want it to sound before you even press Record, and this stops you from having to use tons of digital processing to fix things after recording them. The time you spend shaping your sounds at the beginning stage is time you don’t have to spend later on correcting stuff. 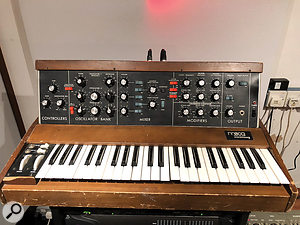 “Secondly, you’re not pumping everything out of just two channels. Instead, every principal part has its own channel on the desk, so you can hear each part separately, or summed in the analogue world. And I find the clarity and separation of summing through the mix bus section of the desk much better than summing in digital. Digital technology has become very good, and most people do work in the box now, and that’s fair enough. But I find it easier to make judgements in analogue at an early stage, when you need to make important decisions.

“If you pull something up in the box at an early stage, when things are not yet well-treated or well-separated, it can be hard to judge. I’ve done that for years, but the moment I began splitting things out over a desk again, it gave me 10 to 20 percent more clarity and separation. In analogue, electronic signals are summed in the real world, as opposed to a computer deciding by algorithm what the relationships between different sounds should be. People argue that software is so good now, and that it emulates the real world perfectly, but having worked with both analogue and digital for years, I find there are things that digital does wonderfully, and things that it can’t do as well as analogue. So I like the complementary nature of using both.” 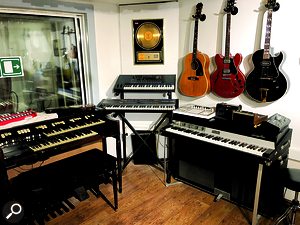 The live area is home to more desirable keyboard instruments, including a Hammond organ and Rhodes electric piano.Finally, says Ralph, a third advantage is that “working on a desk and with outboard gives me a hands-on feel, which I much prefer. I’m not a DJ, but I often compare working on a desk with the way a DJ does a gig. You’re in a physical contact environment, where you’re using your hands to feel your way into what you are creating. You’re bouncing along while you have physical control of the movements you’re making. In a similar way, during the first part of a mix I am just hitting buttons and pushing faders very intuitively and spontaneously, being a little bit carefree, and also being quite physical. That in itself does not necessarily make things sound better, but you arrive at your end product through a different process. Compare it to the difference between working with hardware synths and soft synths. When you’re working with the former you use your two hands and you’re pressing buttons and it’s a performance. When I have bands in the studio, multiple people can play multiple pieces of hardware at the same time. Everyone can get involved. That is impossible when it’s just one guy working in the box.”