Protecting Against Viruses On Macs

After years of relative immunity, the Mac platform may now be more vulnerable to virus attacks. What precautions should you be taking? 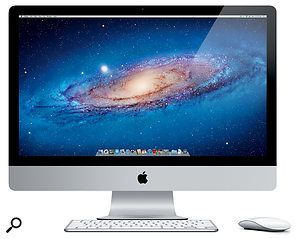 Look at your lovely shiny Mac. Could it really be at risk from a trojan?Photo: Apple

For decades, Mac users have boasted of immunity to viruses and, strictly speaking, the Flashback malware in the news recently is not technically a virus, it's a trojan, but there is a danger you might get a virus as a result of invasion. A recent survey (admittedly, carried out by a data‑protection company) suggested that as many as 150,000 Macs were still affected worldwide despite efforts by users.

So it's no good burying your head in the sand: it's out there, and your machine may be compromised! Here's what you should be doing, as, confusingly, there are several scenarios:

1. You have a Mac with a fresh, clean installation of Lion, and Java is not installed. Apple stopped supplying Java (and indeed stopped making their own version of Java) when Lion was introduced, so if you have a recent Mac, or have installed Lion from scratch and haven't installed Java separately, you won't have it. It's been widely publicised that Flashback can affect your computer as a result of security loopholes in Java, but that's not the only way it arrives: social networking tools, such as Skype, can also be responsible. So Apple have provided a tool to remove Flashback malware from Macs where Java is not installed. If you run Software Update, the 'Flashback Malware Removal Tool' (catchy name!) will appear in the list of available updates. Software Update runs automatically once a week but you can check manually for updates by clicking on the Apple menu and choosing 'Software Update...'

2. For Macs with Lion where Java has been manually installed, or those that have Snow Leopard (which came with Java) updated to Lion, Software Update will reveal the following download: 'Java Update 2012–003'.

In both of the above cases, the dialogue that appears when you run them claims only that the update removes the 'most common variants' of the Flashback malware. You could also try running software provided by F‑Secure, the virus protection Manufacturer, who have provided a free tool called 'F‑Secure Flashback Removal Tool', which is available at http://bit.ly/HVnVZM. This is a simple script that saves you having to type commands into Terminal, and will check your system for the presence of, and then remove, the Flashback malware.

3. Sixteen percent of Macs worldwide are still running OS X Leopard 10.5, for which there is no fix for the Java that runs with that operating system. In this case, you will need to turn it off manually in the browser you use or simply uninstall it.

Some good news from F‑Secure!

F‑Secure and other virus protection manufacturers would no doubt like you to pay for their highly competent virus detection and removal software but, at this point in time, Flashback is the only reported malware out in the wild and can be safely controlled by running the above tools.

All Aboard The AudioBus!

And what's the one thing that iOS musicians complain most about? No, it's not the inability of an iPad to record and play back 48 tracks of audio (although, if it is for you, you may be interested in Auria, which is about to land in the App Store), but the clunky way we have to pass audio from one app to another. Audio copy and paste? Sharing by email? Do me a favour! GarageBand for iOS may owe its popularity to the fact that you can do so much in one app, but how cool would it be if you could simply cable audio from one app to another, like you can with SoundFlower, the now venerable, but still very useful, inter‑application cabling software for Mac OS from Cycling '74? What if I want to record the output of Propellerhead's fantastic Figure app onto a track in GarageBand on my iPad? The solution may be just around the corner. It's called AudioBus, and very little information is available at the time of writing, but the possibilities look very, very exciting. Take a look at http://audiob.us for a tantalising glimpse!