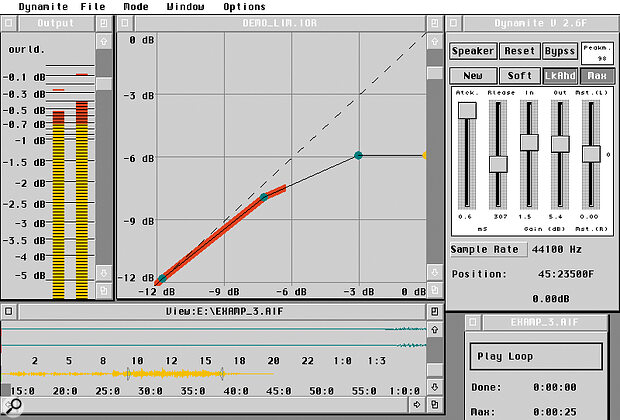 Sound Pool's Native DSP Mastering Suite features, amongst other things, a multi‑dynamics tool (left) and a real‑time denoiser (below).

Derek Johnson visits the Atari Computing Convention, and finds that there's life in the old dog yet...

The highlight of 1998 for Atari users must have been November's Atari Computing Convention, held at Bingley Hall, Stafford. The platform just refuses to die — we lost a couple of ST PD libraries last year, but with the evidence provided by ACC '98, it would appear that the Atari remains a viable platform, for music and many other purposes. There was actually more going on than I could fit into this column, and I'll be bringing you more news over the coming months. The number of people buying up second‑user STs, Falcons and music software was rather heartening — and there were bargains to be had. I spotted computers, hard drives, Hybrid Arts SMPTE generators, Steinberg and Emagic/C‑Lab hardware and software, all for very low prices.

ACC was a subset of a larger, general personal computer event organised by Sharwood Promotions; the Atari bit was organised by Atari Computing magazine, the UK's only full‑sized mag devoted to the Atari (see below). I think it's fair to say that the event was judged a success by all who attended, and there have been positive noises about follow‑up events at the same venue. Watch this column. 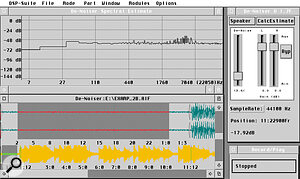 As expected, ACC 98 saw the launch of the first commercial release of Electronic Cow's Squash It! comprehensive sampling/editing package. This has been mentioned rather a lot in the column recently, so we'll say no more about it until the full review. Suffice to say that it looks great, works on all flavours of Atari and Falcon, and comes in a nifty cow‑patterned box with an excellent manual. Prepare to part with £79! 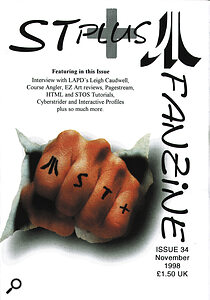 System Solutions also impressed, as distributors of Line Audio Falcon audio breakout boxes and the Sound Pool family of Falcon‑based audio software and hardware. Many of these products have been covered in this column in the past — Sound Pool have been supporting the Falcon for several years now — but it's worth recapping what's available. Basically, using a Falcon or Falcon clone it's possible to work with audio data in a similar fashion to Macs and PCs, but at a potentially lower price point. Sound Pool's range includes the Native DSP Mastering Suite, a family of stand‑alone applications which currently features a spectral analyser, high‑quality EQ, real‑time denoiser, multi‑dynamics tool and surround encoder; also available is their Audio Master mastering and premastering software (which is expandable with a range of plug‑ins), Audio Tracker, an 8‑track recording system, the Wave Master sample editor, and CD Recorder 2 which lets you produce CD‑ROMs and audio CDs on your Falcon. And that's not forgetting the Data Dat DAT streaming software.

If you're jealous of the range of S/PDIF‑ and ADAT‑format digital audio interfaces available for other platforms, Sound Pool have just the products for you: their hardware includes two such devices, plus audio output boxes with four or eight connectors each, plus the general‑purpose SRC44 sample‑rate converter (and SCMS stripper) and the Digi Switch board co‑axial/optical S/PDIF switching matrix. A four‑way MIDI interface, suitable for STs as well, is also part of the family.

Line Audio's compact FAD (Falcon Audio Digital) offers a simple 2‑in/8‑out solution to getting audio into and out of the Falcon. More upmarket options include the Jam In 8, which allows eight channels of analogue audio to be recorded to your Falcon's hard disk, and the Jam Out 8 which plays back up to eight individual balanced audio channels from Falcon audio software. The Jam 8 Pro is a 19‑inch rack version of the Jam Out 8, and has space for an optional Jam In 8 card, which puts all the Falcon ins and outs in one place.

If you want to hear for yourself the capabilities of the Sound Pool range, check out the £5 demo CD (the fiver is refundable against any subsequent purchase). The English audio demos start at track 13, and you can hear for yourself the real‑time signal‑processing potential of the system. It's a dual‑format disc, and the CD‑ROM section contains software demos plus what seems to be the whole Sound Pool web site in HTML, along with hints, tips and loads of extra information. Line Audio products are also illustrated amongst the various web pages.

The Atari remains a viable platform, for music and many other purposes. There was more going on at the Atari Computing Convention than I could fit into this column.

ASP — Abingdon Synthesis Projects — keep coming up with unusual Atari add‑ons. Check out the PSU Burster, which allows a standard PC power supply to be plugged into a Falcon motherboard (ideal for use when re‑casing a Falcon in a tower case), the SCSI Burster, which allows a PC case to house your SCSI devices, and the nifty Mouse Burster. This latter product looks fairly home‑grown, but for a reasonable £19 allows you to use any PC serial pointing or input device with your ST or Falcon. So if you're fed up with your standard ST mouse, would like to upgrade to a high‑quality mouse or would like to try out PC tracker balls or graphics pads, this is the Burster for you. I spotted one particularly excellent application of this adaptor, which was to interface a PC touch pad to an ST; this is a compact pointer and clicker that could easily sit on top of an ST's case, and could be especially useful where space is at a premium — ie. my studio, where my Atari and my hog of a Power Mac both grab a ton of desk space.
We'll come back to ASP over the coming months, as they have some interesting plans afoot.

Noted PD library Floppyshop were also on hand at ACC, and it was possible to pick up their neat Sounds And Stuff: The Atari Musician's Toolkit CD‑ROM at a special show price. The other news from Floppyshop is that their entire library will soon be available on a series of seven CD‑ROMs. The whole catalogue — which runs at over 4000 disks, with about 900 of those dedicated to the Falcon — can now be bought for £25 a CD (plus postage). The first five discs in the so‑called Floppyshop Gold collection contain mostly ST software, though much software will run on the Falcon or TT; volumes six and seven are dedicated to the Falcon, but the JPEG and GIF images on volume seven could be used equally well on any computer. Volume five is worth looking at separately: it consists of a collection of so‑called 'demos', with PC and Mac Atari emulators to let you play these exceptional bits of coding on those computers. All seven discs contain a complete catalogue, detailing every program on every disc, and each CD contains directory listings from the other six, making it easy to track down the programs you need. For the record, the remaining Floppyshop Gold CDs are organised as follows: Volume One contains utility, word‑processing and programming software, along with the contents of Floppyshop's compilations of the best software from all categories; volume two contains all the art and graphics programs, along with all the library's font disks; volume three contains all games, MIDI, music, educational and communication software from the catalogue; volume four contains a wide range of material, including clip art, sound files, product demos, pictures, astrology and disk magazines; volume six contains the first half of the Falcon collection, with art and graphics, communications, education, fonts, music, product demos, programming, sound files and utilities; and volume seven includes the remaining Falcon software and utilities — more clip art, entertainment demos, games and pictures.

• Keychange Music Services (+44 (0)1925 266120) have complete, brand‑new Steinberg Cubase 3.1 packages, for the Atari ST, TT and Falcon, priced at £149 each. If you were looking for a reason to leave your 'old' version behind, this is it. Note that v3.1 of Cubase won't run on 1Mb machines, so now might be the time to think of a memory upgrade. Coincidentally, Keychange are one of many companies that can help you in this direction.