Inspiration sometimes happens in curious places. Whilst on a treadmill at a gym one day, I came up with an idea for a brand-new quiz show format. I typed up the proposal and sent it to a few TV people I knew. One thing led to another, and somehow, I managed to create something of a full-on industry bidding war, where multiple production companies wanted me to license them my show idea. Having spent a career sitting opposite Executive Producers telling them that I was a nice guy, easy to work with and had all the right experience they needed to make the music for their programmes, now suddenly I found myself sitting opposite many of those same people who were telling me just how good they were, easy to work with and would I please give them my show to develop.

It was, in short, a pretty strange few weeks.

It’s Nice To Be Wanted

After careful consideration and numerous generous offers from various companies, I opted not to go with the person that waved the biggest cheque (and some of them were very big indeed) but to follow my heart rather than my head. I went with a brand-new independent TV production company run by fun, vibrant, creative people whose work I respected. We did a run-through of the show for a commissioner at ITV 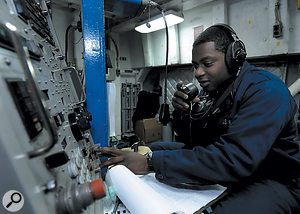 “You mean this whole missile-launching business is up to me to decide? I didn’t think it worked like that.” (commissioners are the ‘buyers’ of TV programmes: essentially, the people who decide what’s on TV). We hoped they might commission a pilot episode, but instead they loved it so much that they commissioned 25 episodes there and then. And all of a sudden I went from being the piano player in the corner of the pub to being the Executive Producer of my own TV show with 30 hours of telly to make. A true poacher turned gameshow keeper.

Remember that scene at the end of The Shawshank Redemption where Morgan Freeman’s character has been in prison for so long he can’t even go to the toilet without permission? Well, that’s how I felt about composing the music for my own show. My entire career has been spent doing my best work for clients, but always having it ultimately approved by someone else. If a project bombs or simply doesn’t work, from a musical point of view, I’ve always had the psychological safety net of being aware that it can always be someone else’s fault.

Not any more. The buck stops with me. I compose a track and there’s no-one to approve it. No sounding board, no second opinion. If it sucks, it sucks because of me. All my professional life I’ve been waiting for a project that I can throw my all at without any meddlesome execs throwing their clumsy cloth-eared opinions into the mix, and now I found myself desperately wanting nothing more than just that. The show starts on ITV in the new year. Hopefully by then I’ll be hiding behind a sofa somewhere in Siberia.

Be careful what you wish for, people