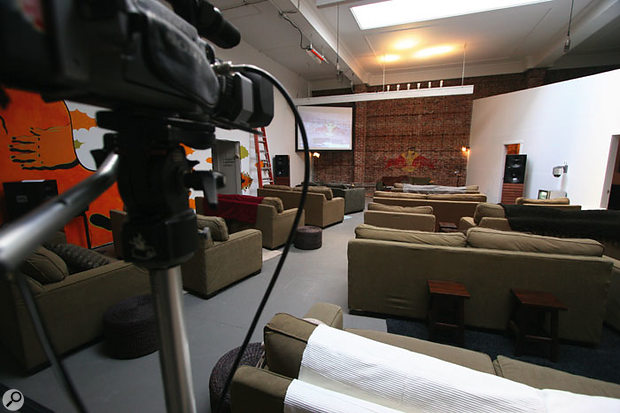 Every year, the Red Bull Music Academy brings together DJs, musicians and producers from around the world in a whirl of caffeine-fuelled creativity.

There must be some puzzled residents around Seattle's Third Avenue. What the hell is going on in the disused book shop over the road? Who are the crowds of people who drift in through its whited-out door every morning? And why do they play their music so loud?

Even when you know what's going on, it's hard not to feel your jaw drop when you step into the Beatty Book Store. Behind the unassuming shopfront is a vast converted theatre that is the temporary home of eight recording studios, a radio station, a video editing suite, a web site, a bustling press office, a dozen or so art installations and a documentary film crew from Iceland — not to mention a lecture theatre with the kind of sound system that can melt a cow at 50 paces. Every room bristles with shiny new gear from the likes of Apple, Korg, Roland, Alesis and Focusrite, and there are resident engineers on hand at all hours. The one thing it doesn't have is books. This hothouse of creativity has been put together in just eight weeks of furious activity, and all for the sake of the 59 participants in the 2005 Red Bull Music Academy. 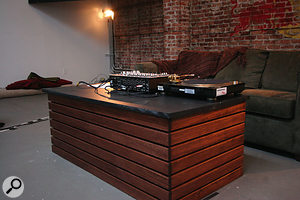 The RBMA's lecture theatre might be the only one in the world where the podium is equipped with decks.Photo: Errin J Hale

This year will be the 10th year that Red Bull have been running what its co-founder Many Ameri jokingly describes as "An academy for a culture that doesn't really need an academy." In that time it has skipped around the world, finding abandoned buildings in cool cities from Berlin to Sao Paulo, giving its graduates an experience they won't rapidly forget, and — so the company hopes — establishing the Red Bull brand in ways that conventional advertising could never do. With a budget that would make any university Music Tech administrator green with envy, this is a pretty exclusive educational venture.

Getting a place on the RBMA is pretty competitive, but 2005 saw a record five people from the UK accepted out of around 150 applicants. They flew out to join DJs, musicians and producers from as far afield as New Zealand and Venezuela for one of the Academy's two two-week terms. Once in Seattle, they heard lectures from a dizzying range of musical figures, worked on their own music and each other's, created radio shows and DJ'ed in local bars and clubs. Who knows, some of them might even have slept occasionally.

The RBMA is, without question, unlike any conventional music school. Where else could students quiz Sir Mixalot in person about the details of his publishing deals, get the finer points of studio etiquette from DJ Zinc, or pile into the live room to hear Questlove from the Roots give an impromptu drumming masterclass? The Academy's resident tutors are also quite a different bunch from your average Music Tech lecturer: working producers and DJs from around the world who know their genres inside out and are here to share the programming tips or mixing techniques they've used on their own records. Each of them takes over one of the Academy's eight studios and kits it out according to their needs, creating a space optimised for their particular genre and production style, to become a base for whichever participants feel drawn to that style.

Jordan Williams is the project manager who has overseen the building of this year's academy. A Seattle resident, he's been responsible for recruiting the large local workforce that is needed to get the Academy off the ground. The core RBMA team is small, and part of its ethos is to devolve as much as possible of the Academy's design, building and running to local artists and technicians. "The point is for the Academy to take on the flavour and feel of the local city where it's taking place," explains Jordan. 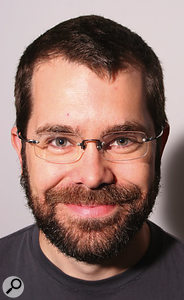 Jordan Williams, Red Bull Academy project manager.Photo: Errin J Hale"I had been working for Red Bull in the US, helping them to produce events, and I had actually left to return to Seattle and start my own company. About a month after I left, I got a call saying that the Academy was coming to Seattle this year, and would I help them out finding a building, and local designers and graphic artists and so on. The hardest part was finding the right building. They're always looking for an authentic space that really reflects the community where the Academy is taking place. This is an old 1908 building that had been a gentlemen's club and a theatre."

The age of the building introduced further complications. "It has what's called post and beam construction — there is an absolute ton of lumber here — and the owner had to do quite a lot of seismic work because we get quite a lot of earthquakes here, and brick walls don't do too well in earthquakes. When we came in it had a dirt floor — there wasn't even any concrete — so we got the floor and plumbing done, and then basically we built everything that stands within the building. The need for spaces is laid out by Many and the other members of the Academy, and then when we find the building, we see how we can make the studios and so on fit in."

The Academy's requirements extend to eight studio areas. "It was kind of obvious that we needed to put the two live recording studios on the top floor, because that way we could get the isolation. There was an area that already existed on the second floor that we could use for some of the bedroom studios, but we also needed to build another area to the right of the lecture theatre in order to create enough separate spaces.

"There is an equipment list created by the Academy's studio team, and then we contact our partners in the business who very kindly lend us the equipment. The equipment arrives the week before the Academy opens, and so we just have rooms full of boxes. Then each member of the studio team basically sets up a room according to their own choices and preferences. They'll just go down to the equipment room and say 'I like the look of that reverb, and I'll need an MPC, and I'd like to run Pro Tools,' and then they'll take that gear and set it up the way they're accustomed to. Of the eight studios, two are specifically designed for tuition, so that the studio team can give tuition in Pro Tools or whatever. The rest are kind of free-form. As the first week goes on, the students begin to form into loose teams — four or five of them will get together and find that they all make deep house, or whatever, and then they will take over studio F and adapt the facilities to the music they're making."

In The Public Eye

Get a place on the Red Bull Music Academy, and they will fly you across the world, put you up in a hotel, give you unlimited access to the latest studio and DJ gear, sort you out with a gig, and give you a chance to learn from your musical idols. You'll even get your own mobile phone for the duration. So what's the catch? Surely they're not just doing this out of the goodness of their hearts? 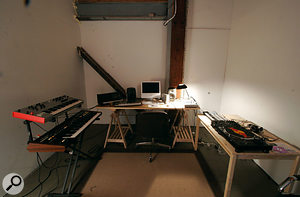 One of the eight studio areas created for the Academy.Photo: Errin J HaleWell, there isn't a catch, but they're not just doing it for fun. The Academy is constantly humming with photographers, film crews and journalists, there are webcams all over the place, and everything that happens is being broadcast to the world on-line within hours. That's great for the thousands of people who would love to hear the lectures but couldn't get a place on the Academy, but it can make for a slightly goldfish bowl-like atmosphere. Being a participant in the Academy puts you in the front line of a very sophisticated marketing campaign, but if you don't mind that, it's an unparalleled opportunity to network, hone your studio skills or just make music in a unique environment.

This year, the Academy will once again pick up its roots and roll on to another global music hotspot. Wherever it lands, two things are certain. One is that it will be completely different. The other is that whether you make house, hip-hop, breaks, soul, drum & bass or any other variety of music with its origins in the clubs, you have a lot to gain by getting a place on the Red Bull Music Academy and nothing to lose by applying for one. And no, you don't have to drink the stuff if you don't want to.

The 2006 Red Bull Music Academy will be held in Australia. To apply, visit www.redbullmusicacademy.com or look for the Academy's CD-ROM in shops, clubs and colleges.