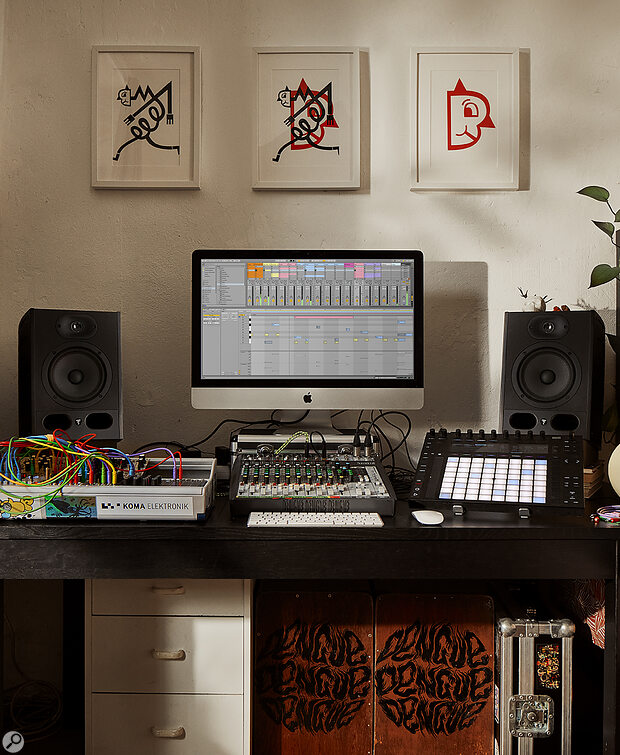 Ableton Live 11 has just been announced, and with it a host of additional sounds and devices, plus enhancements to its audio and MIDI recording and editing tools.

We'll start with what made Live so popular in the first place: its real-time performance features. Live 11 will now automatically follow the tempo of an incoming audio stream, allowing you to perform your computer wizardry in time with a live band or DJ. And for on-the-fly tweaking, Live's Macro feature has also been given a boost, in the form of snapshot saving and recall. Plus, you can now assign up to 16 Macros to entire Racks, and these can be randomised at the push of a button should you wish to inject a little chaos into your performances. 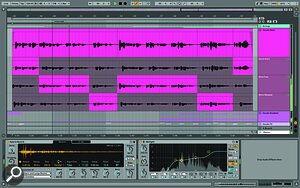 Live's DAW credentials have also been given a shot in the arm. Live now organises multiple takes of an audio or MIDI performance into parallel lanes, which you can use to comp together the perfect pass — though Ableton suggest that this new comping feature has utility in sound design too, for create rhythmic stuttering effects and more.

Also borrowed from more traditional DAWs is a feature called Linked-track Editing. This lets you group a selection of two or more tracks and edit their content together with sample-accurate timing, much as you can with Pro Tools' Edit Groups.

Another area that has received considerable attention is MIDI, and most notably in Live's adoption of the new MIDI Polyphonic Expression, or MPE, standard. MPE support means you can now record and edit multi-dimensional performance data from ROLIs, LINNstruments, Keith McMillen and Joué controllers, plus many more besides, aided by a new Expression View. What's more, a number of Live's bundled devices will now respond to MPE data — including Wavetable, Sampler and Arpeggiator. 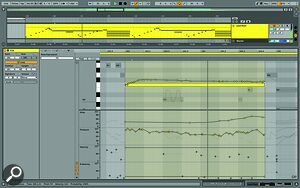 Traditional MIDI hasn't been left out though: the probability-based note and controller triggering made popular by Elektron's sequencing boxes can now be applied in Live too, so that you can set the chance, as a percentage, that a certain note will trigger, or even define a range of note velocities to be triggered at random — which sounds like a great way to inject a little humanity into programmed drums.

No integer update of a major DAW would be complete without some new toys to play with, and Live 11 is no exception. Among the novel Live devices are Hybrid Reverb, which combines convolution and algorithmic reverb generation to, as Ableton put it, “create any space, from accurate real-life environments to those that defy physical reality”.

Spectral Resonator is a granular processor that takes your audio, dices it into tiny pieces, and loops, stretches and compresses it to create pitched resonances. It also has a MIDI sidechain input, letting you control the pitches it generates in real time from a controller keyboard.

Same-but-different is Spectral Time, another granular effect but which applies delay effects to the audio slices, which Ableton tell us can yield “metallic echoes, frequency-shifted and reverb-like effects”.

For PitchLoop89, Ableton enlisted the help of computer music and AV artist Robert Henke. The result is a jittery, glitch-based audio processor capable of “delayed digital shimmers” and “outlandish vibrato”.

About the new Inspired by Nature suite, we know even less — just that there are six of them, that they're “playful instruments and effects that use physics and nature as their inspiration”, and that they were developed by sound artist and long-time Ableton collaborator Dillon Bastan.

It's not all experimental glitch-core, however: traditionalists are catered for too, via the new Upright Piano, Brass Quartet and String Quartet instruments.

Other new sounds come in the form of Voice Box, a collection of samples, instruments and effects derived from the human voice; Mood Reel, a selection of instruments that layer organic and synthetic sounds; and Drone Lab, which features long notes for creating a powerful sense of dread.

Those are the headline features, but there's much more to explore, including a number of refinements to the user interface, including improved CPU metering.

Ableton Live 11 will be available early next year, and will cost €79 for Live Intro, €349 for Live Standard and €599 for Live Suite. Preorders will be subject to a 20 percent discount, and upgrade paths for owners of previous versions are, of course, available.