Win a trip to Metropolis with Harman

Published 10/11/20
Buy a qualifying product and you could win an all-expenses trip to London. 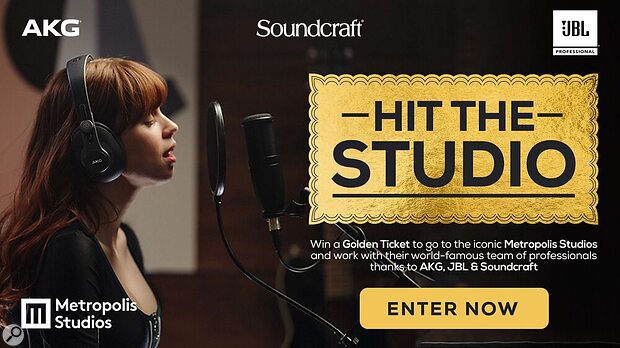 Harman Pro, the company behind legendary brands such as AKG, JBL, dbx and Soundcraft, are giving away three all-expenses-paid trips to visit an iconic studio in London.

Until 31st December, anyone in Europe who buys a qualifying Harman product will get the chance to win a Golden Ticket, which will see the winners getting wined and dined at a premium hotel in the UK's capital city, before they're whisked away for a tour of the legendary Metropolis Studios.

The list of qualifying products is extensive, and includes dozens of AKG's most popular microphone and headphone models, a large selection of JBL's PA and studio-monitoring speakers, all of Soundcraft's Notepad and Signature series mixers, plus kit from dbx and BSS.

Metropolis Studios (formerly The Powerhouse) is one of Europe's biggest recording facilities, and almost certainly its most prolific — an astonishing 60 percent of this year's Mercury Prize nominations were recorded there, and for the lucky three who'll get the tour of the unique late-Victorian power-plant building, it'll be easy to see why artists such as Amy Winehouse, Queen, Michael Jackson, U2, Lady Gaga and Lauryn Hill chose it to record their hits. 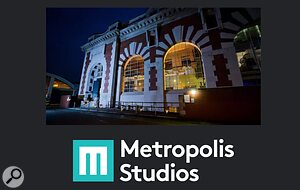 During the tour, the winners will be able to observe a live recording session at the legendary venue, and will get to take home a custom vinyl of that very same recording.

Even better, one of the winners, to be hand-picked by Harman based on the entrants' musical portfolio, will get to spend a further day at Metropolis, working on their own material and with some of Metropolis' own recording and mastering engineers at their disposal.

Although the competition closes at the end of this year, Harman have backdated qualifying purchases to the beginning of October, so if you bought one of the products listed here since then, you're already entitled to enter.

To find out more about Harman's Golden Ticket Metropolis promotion, follow the link below.