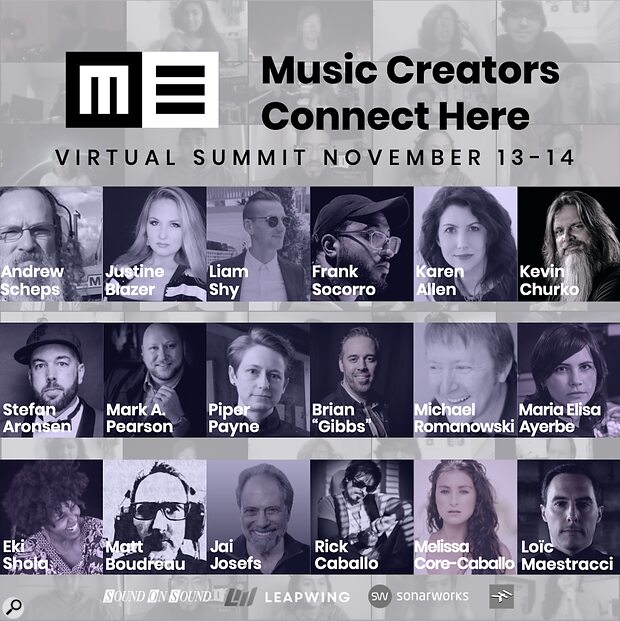 Music Expo, in association with Sound On Sound, have unveiled a Virtual Summit called Music Creators Connect Here. The online event is due to take place on November 13th-14th, and features a star-studded list of contributors.

The event will feature a diverse range of seminars, with programming including panels and sessions titled Secrets of Successful Songwriting, Vocal Production Masterclass, Immersive Audio, Twitch For Musicians, State of the Music/Recording Business in the New Normal, and many more.

As if that wasn't enough, Music Expo will also automatically enter attendees into a number of prize draws, giving viewers the chance to win over $2500 worth of prizes including a pair of Audeze headphones, a number of Sonarworks software licences, a Leapwing Audio plug-in, and copies of IK Multimedia's Total Studio Max 2 and MixBox software.

Digital passes for the Virtual Summit start at $30. To find out more, and to reserve your place, click the link below.