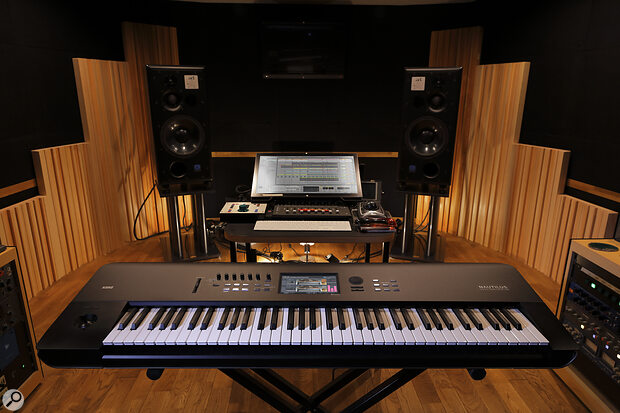 Korg have just unveiled the Nautilus, a workstation keyboard that's based on sounds and technology from their flagship Kronos. It comes in three different sizes: an 88-note version with piano action keybed, and in 73- and 61-note sizes with semi-weighted keys. 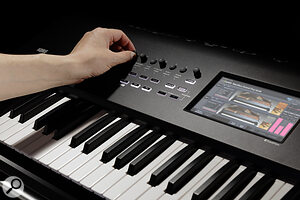 Operation is said to be a straightforward and intuitive affair, thanks to the large colour touchscreen which takes pride of place in the centre of the top panel, and a bank of rotary encoders to its left. All the usual workstation features are present, including a powerful 16-track MIDI sequencer, 16 tracks of audio recording, a dedicated drum track and an arpeggiator with four instantly switchable scenes.

All that power would be for nought if the Nautilus didn't offer a generous amount of polyphony — which, of course, the Nautilus does: each synth engine offers a minimum of 40 voices, although most have many more, and some are even capable of playing up to 200 notes each.

Of I/O, there are plenty too: the main stereo mix is present on two quarter-inch jacks, and there's a further four outputs for you to assign and route as you wish, plus a stereo headphone out. Other jacks on the rear cater for stereo audio input, plus three controller inputs for a damper, a sustain pedal and a footswitch. The full triumvirate of MIDI in/out/thru are present on traditional 5-pin DIN sockets, and USB A-type and B-type sockets allow for connection to a computer and to external USB storage.

The new Nautiluses are due to start shipping early next year, and will cost £1949 for the 61-note keyboard, £2199 for the 73-note edition, and £2549 for the 88-note hammer-action version. Click the video below to find out more.