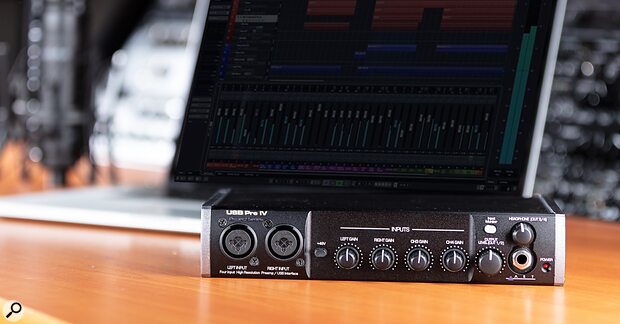 ART have just released a brace of affordable USB audio interfaces, dubbed the USB Pre II and USB Pre IV. Both employ the ubiquitous USB 2.0 format, and feature independent front-panel controls for their built-in headphone amps and stereo monitor outs (the latter are found on the rear panel).

Gain for the preamps on both models is controlled from the front, as is phantom power activation, and the monitoring section over on the right features an Input Monitor switch, for zero-latency foldback. The preamp inputs are all capable of accepting mic, line or instrument-level signals, and the interfaces feature a 32-bit ADC/DAC and can both run at sample rates from 44.1kHz up to 192kHz.

Both new interfaces are available to order now from all the usual ART stockists, and they also ship with a free copy of Steinberg Cubase LE.